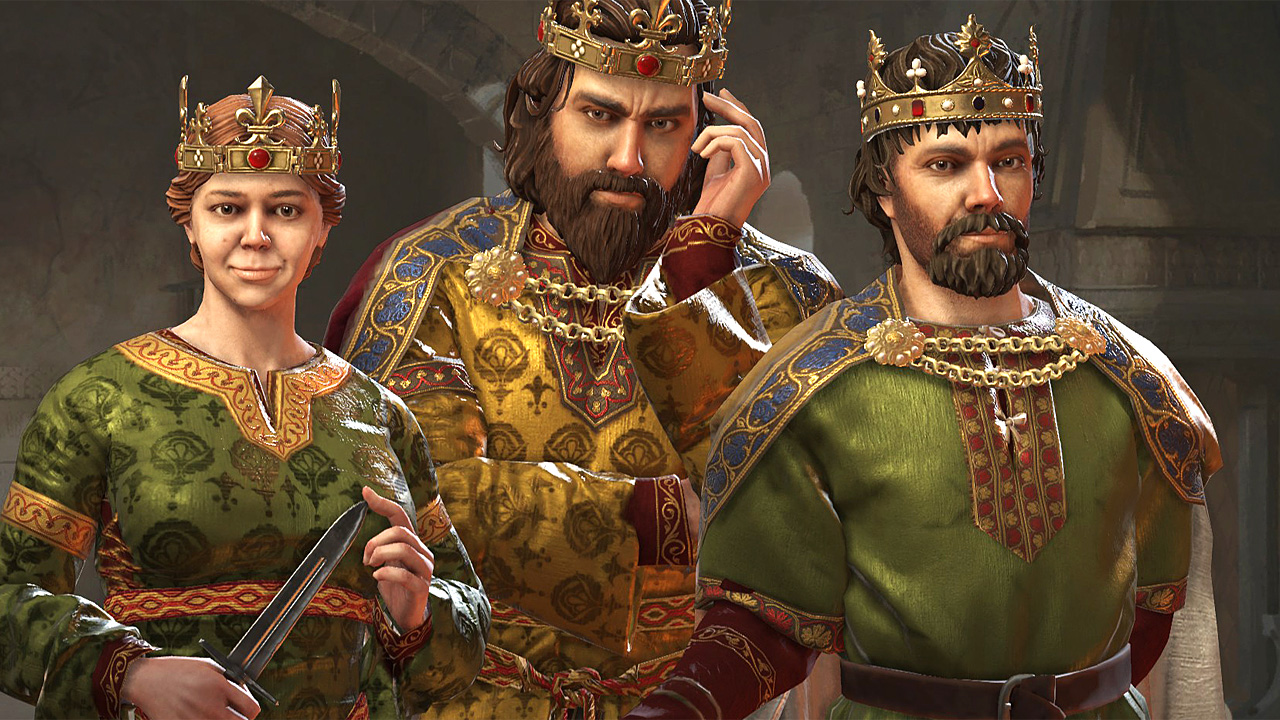 Last summer, Paradox Interactive made the somewhat surprising announcement that their complex grand strategy game Crusader Kings III was coming to next-gen consoles, but we haven’t heard much more about the project since then. Well, thankfully, Paradox has now locked down a March release date for the console version of Crusader Kings III. You can check out a fresh trailer for this new adaptation of the game, below.

As you can see in the trailer, Crusader Kings III for consoles has received a number of UI changes to make the game more manageable with a controller, and overall, things look quite playable. Here’s a bit more information on what you can expect…

Crusader Kings III on console features an adapted interface and control scheme specifically tailored to larger screens and console gamepads. The all-new control map lets players quickly and easily navigate the game's menus via triggers, bumpers, and quick flicks of the analog stick. The console edition also utilizes the key capabilities of the Xbox Series X/S and PlayStation 5, like super-fast load times for a seamless gameplay experience as well as Haptic and Adaptive Trigger controller feedback. Players will be able to switch between gameplay and other applications, like YouTube, using Quick Resume, where they can consult a tutorial on how to quell a peasant revolt.

The console version of Crusader Kings III will be a Day 1 Xbox Game Pass release (just like the PC version was), but PlayStation owners are also getting some special attention, as the game will make innovative-sounding use of the DualSense controller.

Ambience is key to the immersion of Crusader Kings games and the PlayStation 5 DualSense wireless controller’s haptics have allowed us to enhance this aspect of the console adaptation, with key in-game events providing subtle haptic feedback that syncs seamlessly with the in-game music. Examples include haptics and controller speaker feedback changing depending on the map terrain and other in-game events.

The adaptive triggers also indicate when you’re pushing against your character’s wishes too much, exhibiting greater resistance as they’re getting stressed. Each level of stress will mean more pushback from your controller, reminding you that you will need to take action to handle your character’s mental distress.

Crusader Kings III is available now on PC and will drop its next big expansion, The Royal Court, on February 8. The game launches its new campaign on Xbox Series X/S (including Game Pass) and PS5 on March 29.