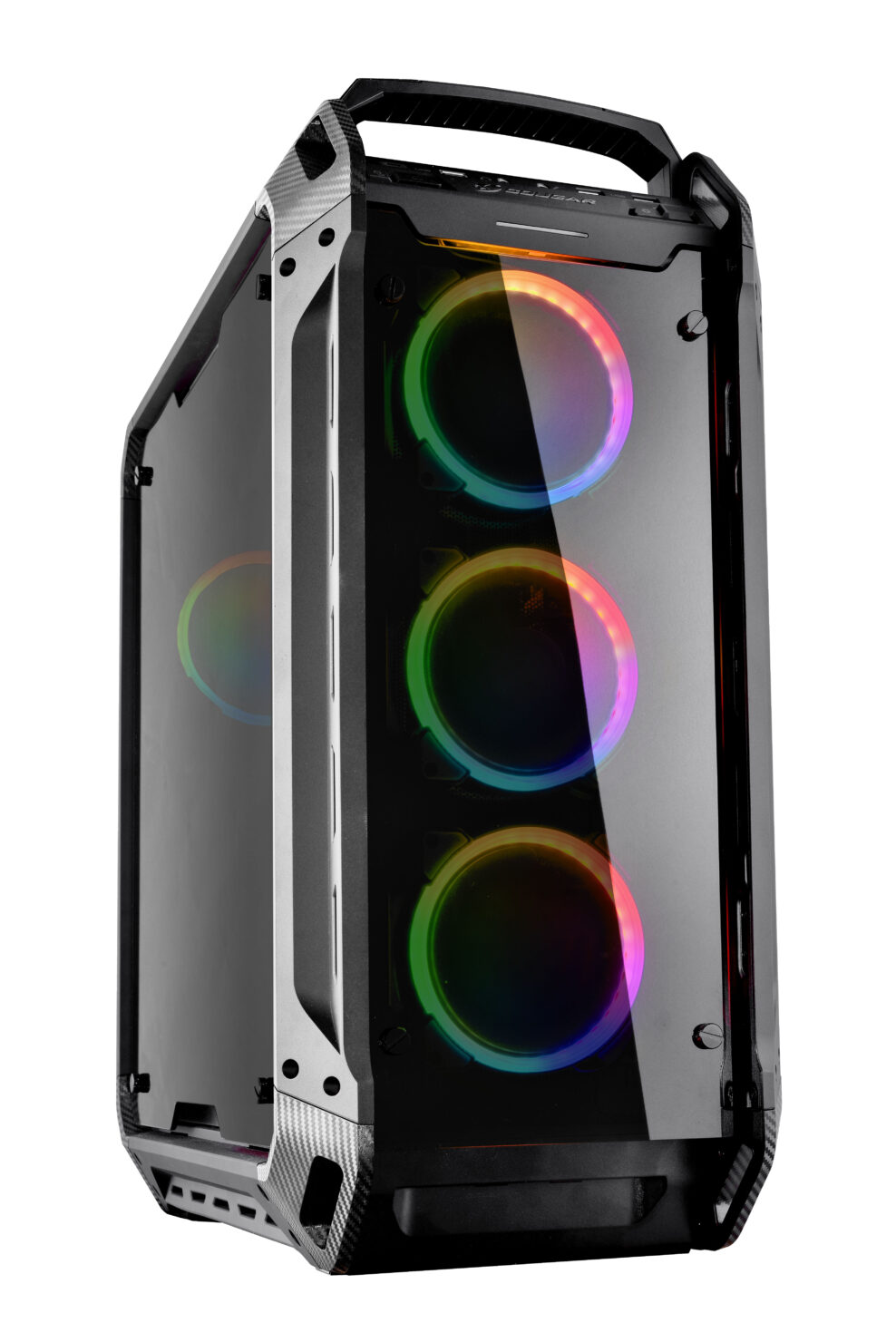 After the announcement of the previous full tower Tempered glass Panzer Evo, Cougar is at it again with the Panzer Evo RGB Case. Combining 4 Tempered Glass covers, bright RGB lighting and their industrial design which they say is a key character in their design philosophy for the series, the case offers tons of room.

Since this is what a lot of the market wants now, RGB lighting is one of the biggest changes to this case. This is not limited to the four included Vortex RGB fans but also includes the COUGAR Core Box, capable of supporting up to 8 COUGAR RGB fans and four COUGAR RGB LED strips, as well as a driver-free remote controller. This allows users to start enjoying and customizing the more than 100 RGB lighting effects right out of the box, without going through any software installation or encountering compatibility issues. This is a nice benefit for those who may not want have a motherboard with RGB support.

To make sure the included RGB fans, as well as any additional lighting the user might want to install, are fully visible, this case sports four tempered glass covers on its front, top, left and right. While this may have a negative effect on airflow, if you don't need a lot of cooling for your build this should be manageable. Cougar says special care has been taken to apply the exactly right amount of tinting to the tempered glass, achieving an ideal balance between an elegant dark look when no lighting is used, and clear visibility for all the RGB effects then the lights come on. This guarantees that the case will look great irrespective of whether the computer is on or off.

The Panzer Evo has support for up to 4 radiators, with the largest being 360MM long and up to 8 fans total, which may be needed depending on how the airflow and the amount of heat your components throw out. All in all this seems like they've planned for higher end systems that throw out a lot of heat with this case, but I haven't had my hands on it yet so I could be sure.

The Cougar Panzer Evo RGB will be available in June at a price of $219 at all your favorite retailers,