Ubisoft's looming open world action-adventure video game title that focuses on modern world technological intrusions is the only thing right now that almost everyone in the gaming community is talking about. The game has been leaked heavily and many fans are uploading gameplay videos and screenshots taken from different versions of the game. Recently, some new Watch Dogs GIFs emerged showing a cool feature that everyone seems to have missed. 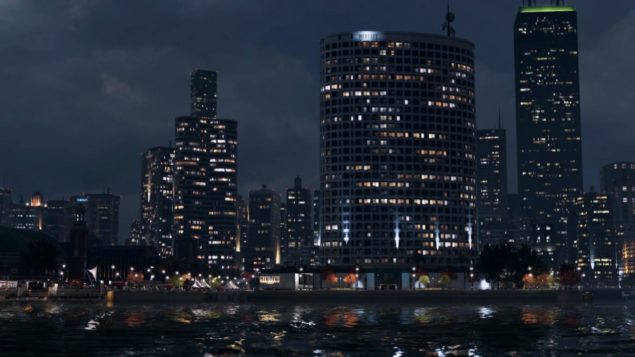 For over a week now, we have been witnessing a great deal of Watch Dogs screenshots and gameplay videos captured from both PC and console versions of the game. PC gamers, who got early access to the game, took it to the whole different level by running the game at 4K resolution and sharing online the screenshots captured during the gameplay. Although most screenshots we have seen till now are just randomly taken, here are some GIFs that show a really cool feature of the game.

Watch Dogs is clearly full of great features, here is another one that has gone unnoticed till now. It is called "Interior Simulation." It is some kind of internally rendered lightening effect that is present on almost every building in the game. Just like real-life, you see lights and small objects inside the in-game buildings when it is fairly dark. It looks like the spaces are not rendered in 3D, and the feature is based on reflection technology.

The GIF provided below comes from Gamepur, it demonstrates the cool "Interior Simulation" effect. Note that it is roughly 15MB in size so it might take some time to fully load. I have also added a high quality video that shows this effect, even though it is also 145MB in size and will consume some of your bandwidth, it is completely worth a watch.

I am not quite sure of this effect being used in any other game. Do mention in the comments it you have seen anything like this in other video games.