Ubisoft's open world action adventure hacker-themed game known as Watch Dogs has been out for quite a while now, and it appears that the developer have felt the need to throw out some new content for the game's players. Today, Ubisoft has released a new single player DLC for Watch Dogs. The new downloadable content pack expands the game's single player mode with new missions, weapons, outfits and perks. 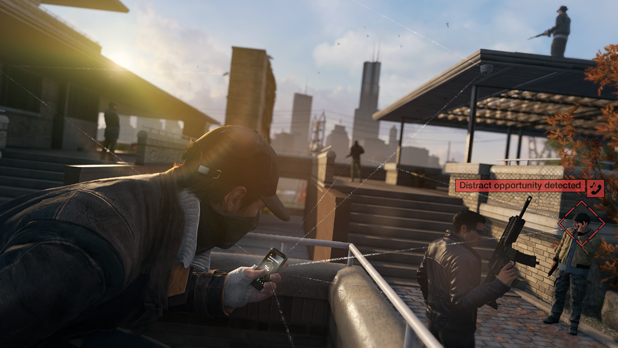 Ubisoft has just released a brand new downloadable content pack for Watch Dogs, adding new missions, outfits, boosts, weapons and perks to the single player mode of the game. There are total three new missions that allow you to explore even more of the in-game Chicago. The first one allows the players to conduct an assault on a palace owned by an "Internet mogul," in the second one, players will be able to steal a biometrics weapon, and the third one asks for elimination of a group of CEOs. Below are the official descriptions provided by Ubisoft for the three new Watch Dogs single player missions.

The Palace – Infiltrate the home of an Internet mogul before the police can raid it and find information on Aiden and Dedsec on hard drive. Break in, wipe the drive and make your escape before the raid begins. Oh, and don’t forget to take out the mogul. You wouldn’t want him telling anyone what he knows.

Signature Shot – Aiden is a fan of new toys. Such a fan that he’s willing to break into a Viceroy stronghold for one. A shipment containing a biometric weapon has been smuggled into Chicago. It will only fire for the first person to imprint his palm on the handle. Make your way through the stronghold and steal the weapon before anyone else has a chance to imprint it. The Biometric Rifle is perfect for long-range attacks, but it’s high rate of fire makes it a choice weapon for when the fight is a bit closer.

Breakthrough – Part driving, part assassination, all mayhem. The Chicago South Club is meeting with some corporate CEOs and it’s up to Aiden to put an end to their dealings. Scramblers have been hired, so you’ll have to track down their vehicles and take them out before you can locate the secret meeting area and eliminate everyone in attendance. 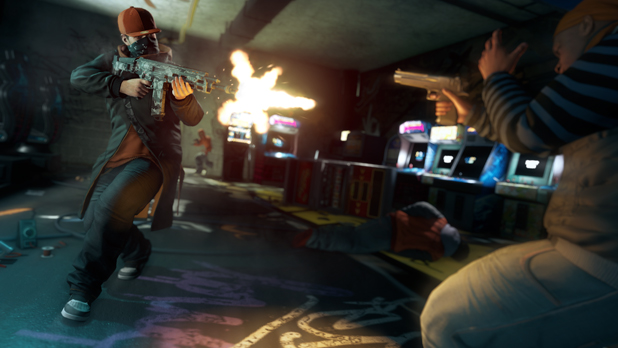 Completing these missions will unlock newly added weapons such as a Biometric Rifle, an Auto-6 pistol and a burst-fire pistol. The Biometric Rifle is said to be "unique" to Aiden Pearce, protagonist of the game, because it only recognizes his fingerprints. The Watch Dogs DLC will also include a new South Chicago outfit, and various new boosts such as the DedSec Battery Boost, a Driving Master boost that makes vehicles more durable, a Blume Weapon boost which increases the loading speed of all weapons by reducing the recoil, and an ATM boost that increases the amount of money received by hacking ATM machines.

All of this downloadable content was released to the game's $20 DLC season pass buyer last week, and now everyone can buy it only for $6.99 on all five of the game's platforms, namely PC, PlayStation 4, PlayStation 3, Xbox One and Xbox 360.