Ubisoft's Watch Dogs was one of the most highly anticipated open world action-adventure video game titles of this year. The huge crowd for the game had kept its expectations high, but when it came out on PC and all the major video game consoles expect Nintendo Wii U, fans were disappointed more than a little. With somewhat downgraded and low quality graphics compared to the previously shown teaser trailers, Watch Dogs was also reported to be a game with a weak storyline. 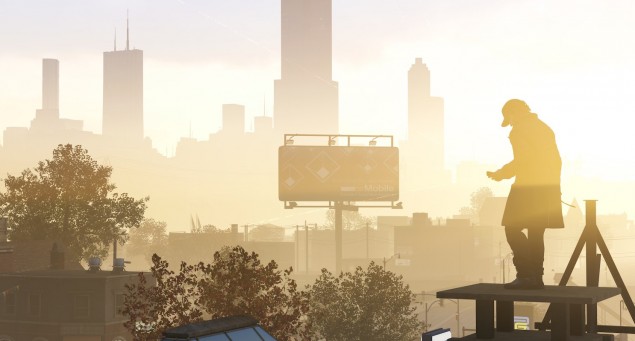 Watch Dogs has some really complicated things going for it. The game is somewhat blamed for its downgraded graphics and its weak storyline, but at the same time, it is praised for its modded visuals and in-game aiming and shooting. Keeping all other aspects of the game aside, one thing is for sure, the storyline of Ubisoft's hacker-themed game is not the one that can lure gamers to pay some bucks for it.

If you think the comments left by Watch Dogs players about its storyline on forums and discussion threads are funny, well then you haven't went through this hilarious movie script breakdown that points out all the lame stuff that goes on in Watch Dogs. Playthroughline, a blog that examines storytelling of video games, did a very thorough dismantling of everything exhibited in the game; from Aiden Pearce's first appearance to his abilities and all the characters that lineup one by one as you go through the game.

Here are some hilarious pickups from the full script breakdown of the game's storyline, which is quite long, so might want to head over here to read it all. And oh! Spoilers Ahead.

Oh fie, my hack is being hacked by another hacker! They'll surely be coming after us now and our families might be caught in the crossfire!

AIDEN'S NIECE is KILLED in a CAR CRASH, which is ILLUSTRATED using that most SUBTLE OF IMAGERY: A FALLING STUFFED ANIMAL. IT'S A LAMB. A SACRIFICIAL LAMB. COME THE FUCK ON.

Great, now anyone with a niece will be sympathetic to me. I will avenge Lena's death and become — the Vigilante! Seriously, that's what I'm going to call myself.

Why can't you just trace the caller who gave him the assignment? You have the call on your phone.

I can't right now. The ability to trace phone calls seems to be entirely dependent on what the plot allows for without any regard for consistency. So just get Maurice out of here.

Okay, what do they need me to hack?

No, they actually need a driver for a job and I told them you're the best.

Ah yes, in addition to being a talented hacker, a gifted social engineer, a firearms expert, a parkour practitioner and a brutally efficient hand-to-hand combatant, I'm indeed quite good behind the wheel. Although that's mostly because all the cars have a very forgiving damage model and handle like wheelchairs on ice. Also because most of the city seems to be built out of papier-mâché.