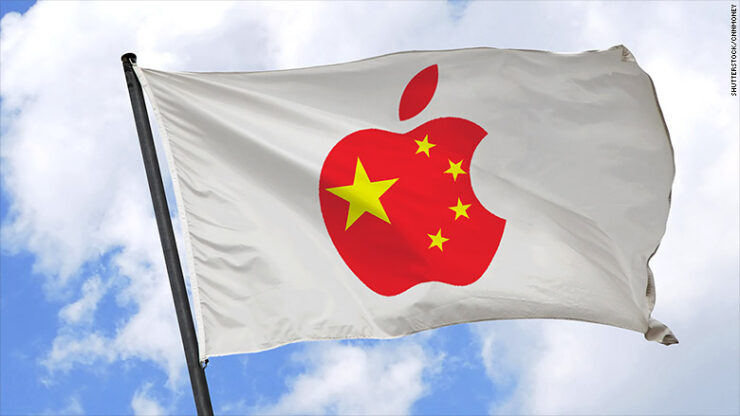 Nothing to do with Apple's dependence on China's growth market

During Apple's FY17 Q3 earnings call, CEO Tim Cook justified Apple's decision to remove VPN apps in China last week. Explaining the law in China, Cook said it was essential for the company to remove apps from developers who hadn't received a license from the government. We had reported earlier that China now only allows VPN services from those companies who are registered with the government. While talking about the laws in China, Cook justified Apple's decision to comply with Chinese demands:

The central government in China, back in 2015, started tightening the regulations on VPN apps. Essentially, as a requirement for someone to operate a VPN, they must have a license from the government there. Earlier this year, they began a renewed effort to enforce this policy.

We would obviously rather not remove the apps, but like we do in other countries, we follow the law wherever we do business. We strongly believe in participating in markets and bringing benefits to customers.

Many have questioned Apple's move to conform to Chinese demands when it stood its ground during the entire San Bernardino saga. However, Cook pushed back against these comparisons, claiming that the US laws supported Apple in its position. Cook suggested in both the cases the laws were "very clear" and Apple was only following them. Here's how he strongly responded to the San Bernardino comparisons [emphasis is ours]:

Some folks have tried to link it to the U.S. situation last year and they’re very different. In the U.S. case, the law in the U.S. supported us. It was very clear. In China, the law is very clear there. Like we would if the US changed the law here, we have to abide by them in both cases. That doesn’t mean we don’t state our point of view in the appropriate way.

Privacy advocates believe that Apple's decision to comply with the Chinese demands will only hurt the companies in longer run, since more governments will follow to make similar demands. Russia has already passed a law that bans all the proxy and VPN services. When implemented later this year, the country could also demand Apple to purge App Store of all VPN apps.

Cook added that the company believed in offering products that were in the best interest of local consumers. "We believe in engaging with governments even when we disagree," he said. "Innovation requires freedom to collaborate and communicate, and I know that is a major focus."

Considering China's growth potential for the company, Apple clearly couldn't miss out on such a big market. It remains to be seen if this starts a renewed list of demands from different governments and how Apple responds to such requests, both at home and internationally.