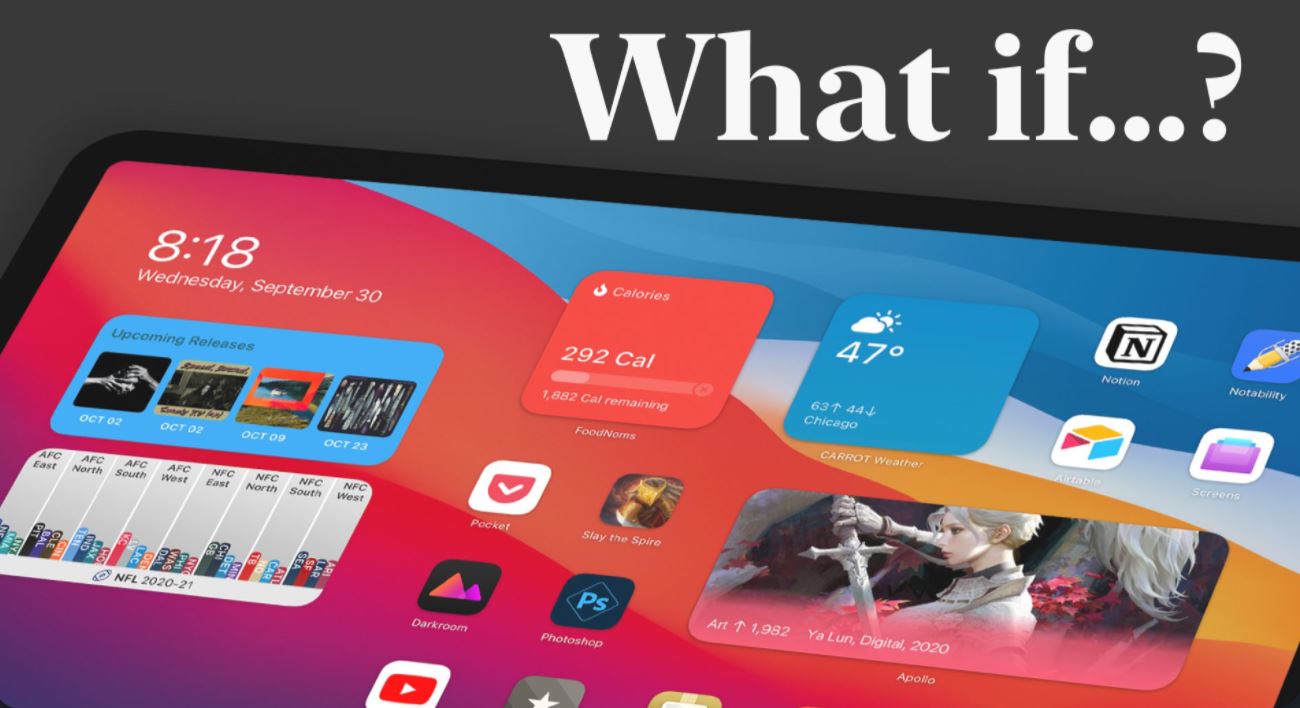 Apple introduced Home screen widgets with its latest iOS 14 release and they have proven to be quite popular. Yes, Android has had widgets for years but Apple's first iteration beats it like anything. The widgets are not random but carefully placed on the Home screen as to not disturb the layout. Moreover, the overall user experience is just quite neat on the iPhone and we can't be more glad. Now, a new concept video imagines iOS Home screen widget on the iPad and we hope Apple is listening.

iOS widgets can be added to your Home screen quite easily. Moreover, you have the option available to create customized widget stacks to save space while having the option to view more information right on the Home screen. Sadly, iPadOS widgets are restricted and tiled to the Today View that appears on the left-hand side of the Home screen.

The new concept is presented by Matt Birchler who imagines "proper widget support" on the iPad. The concept allows widgets to be added directly to the Home screen which on its own is a great deal. However, the widgets will mix and match with the Home screen apps to create a blended look and feel.

Fun fact, did you know that depending on your iPad size, mode, and orientation, your icons will be either 38, 46, 58, 62, 64, 68, 76, 88, 96, 102, 118, or 137 points apart in the UI? It’s true! This idea that the icon grid is in any way fixed and can not change is not backed up by how the home screen already works. My solution actually reduces the variance in spacing that we have today, somewhat ironically making the grid more consistent than it is today.

Check out the concept video of iOS Home screen widgets on the iPad below.

If it's present on iOS and everyone likes it, the option to add widgets on the iPad Home screen should also be present. Probably in the near future, Apple will add widgets on iPad's Home screen. Matt explains how Apple can implement the change and if not exactly, we can expect from the company to put a thought to it. Apart from widgets, Apple should also consider adding App Library on the iPad. This will allow users to put relevant apps on the Home screen of the iPad, while all unnecessary apps rest neatly on a dedicated page.

What do you think about iOS Home screen widgets on the iPad? Let us know how you like the concept in the comments.