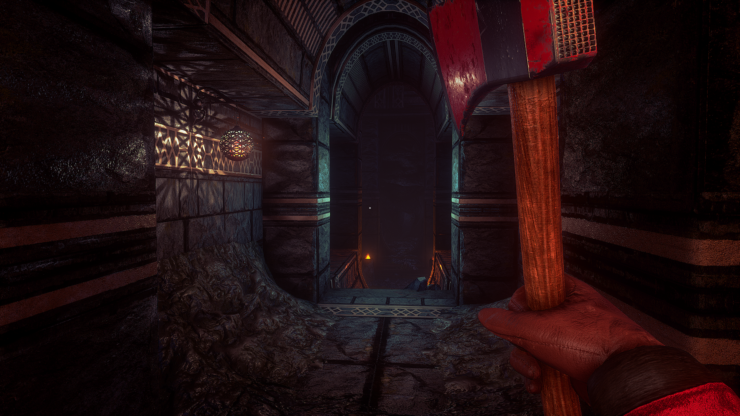 Conarium, the survival horror game released in June 2017 for PC via Steam, is now about to debut on PlayStation 4 and Xbox One. In fact, when it releases on February 12th, it will be the first game published by Iceberg Interactive to be simultaneously launched on the two consoles.

We had the chance to interview Kevin Shuttleworth, Producer of Conarium at Iceberg Interactive, who provided us with the technical specs on the PlayStation 4 and Xbox One X enhancements.

The ‘favour resolution’ mode does indeed behave slightly differently on the Xbox One X. On both the Pro and the X, the HUD elements output at a native 2160p. The game runs at 30 frames per second in this mode, also on both consoles.

The difference lies in how the game applies dynamic resolutions on both versions. Conarium on Xbox One X and PlayStation 4 Pro uses Unreal Engine 4’s Spatial Resolution Scaling to upscale to 2160p. On Xbox One X the game runs at a fixed 80% resolution scale, which amounts to a native 2784 x 1728p output. On the PlayStation 4 Pro, there’s still a significant boost to the resolution, but natively it runs at a slightly lower resolution scale: 65% (1404p) in most areas, slightly lower in some others, which dynamic resolution accounts for.

When comparing the two versions side by side however, you’ll really have to squint to see the difference. The most noticeable enhancement is the HDR10 support, but that’s also supported on the base PlayStation 4 of course.

Check back tomorrow to read our full interview about the game. Meanwhile, here's the official brief.

Conarium is a chilling Lovecraftian game that follows the gripping story of four scientists and their endeavour to challenge what we normally consider to be the "absolute" limits of nature. Inspired by H.P. Lovecraft's novella At the Mountains of Madness, but largely set after the original story.

You, as Frank Gilman, open your eyes inside a room filled with strange, pulsating noises. Patterns of lights executing a Danse Macabre on the walls is presented by a queer device on the table. Having recalled nothing other than that you’re in Upuaut, an Antarctic base located near the South Pole, you find the place deserted and have a distinct feeling of something being terribly wrong. Somehow knowing that your memories cannot guide you enforces a strange feeling of vulnerability, a familiar yet alien sensation of being a part of a peculiar whole... Soon you will discover that having used the device during the expedition, you have died but then returned subtly changed, speaking of strange memories and of strange places. You have lost something important or gained something sinister...

Explore the Antarctic base, as well as dreams and visions. Study clues and unlock secrets, whilst avoiding macabre beings at all cost.