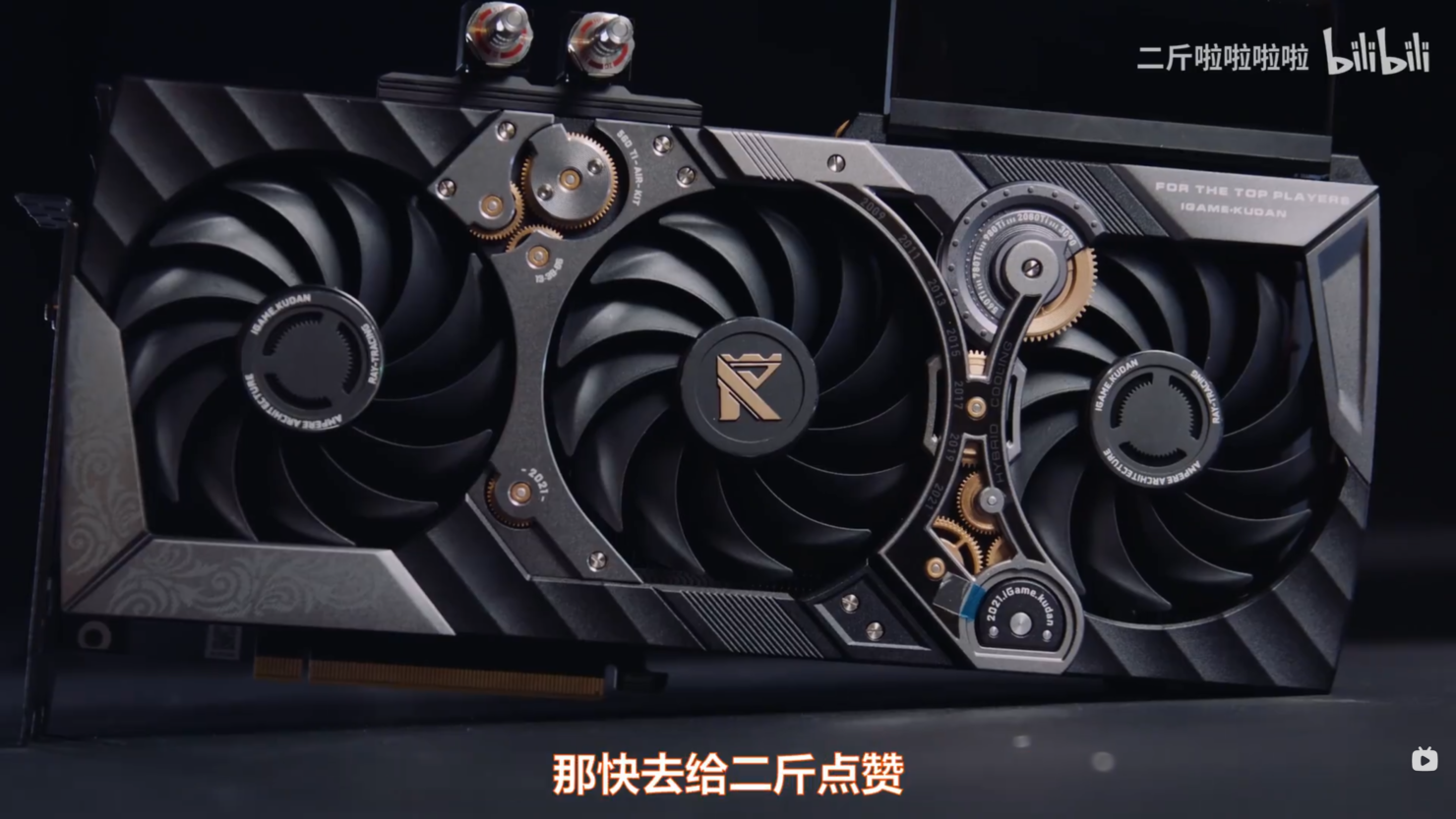 Colorful unveiled its flagship graphics card, the iGame GeForce RTX 3090 KUDAN, a few weeks ago and the first samples have already been delivered to select reviewers. The RTX 3090 KUDAN is the most expensive Ampere gaming graphics card ever made with a retail price of $4999.99 US and it also boasts the most insane design out of all custom variants in the market.

The Colorful iGame GeForce RTX 3090 KUDAN is as high-end as it gets in all senses, performance, power, pricing, cooling, you name it. As such, there are high expectations from this card which will only land in the hands of 1000 lucky owners who are willing to dish out 5 grand for this insanely powerful product.

In terms of design, Colorful has gone with a CNC machined aluminum shroud which features black and silver aesthetics in a triple-slot / triple-fan form factor. The shroud features several gears that have been previously used on the RTX 2080 Ti and GTX 1080 Ti KUDAN series too. The card also gets a side-mounted LED display which is also featured on the Vulcan-X series from Colorful but this is a more refined and better-looking version.

Colorful also features a hybrid cooling design and the inlets led to a 240mm radiator. The radiator on the iGame GeForce RTX 3090 KUDAN includes the pump and has hard-sleeved tubes that are plugged in the inlet/outlet on the card. One interesting feature is that the tube ports can be moved for easier installation and reduces tension when installing the card. Given the size of this massive behemoth, it's a well-added and well-though feature. Once again, the radiator is fully optional as the air-cooler itself is an exceptionally built design but for those looking for even better cooling, the radiator is there within the package.

The heatsink is one chunky boy with 6 different layers that comprise six 6mm high-performance heat pipes and a brand new iGame Vacuum Copper Plate Technology. You can see that the G6X DRAM modules on the iGame GeForce RTX 3090 KUDAN are directly covered by the copper plate, providing higher heat dissipation. The same is true for the backplate which incorporates an alloy-based design for faster thermal conduction. 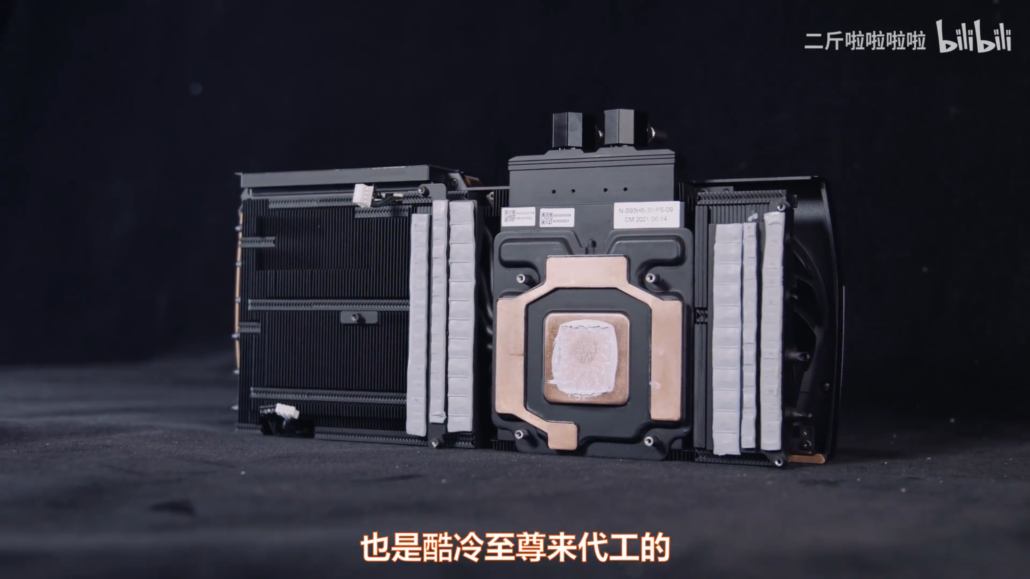 The Colorful iGame GeForce RTX 3090 KUDAN also comes with a full coverage backplate and is powered by a triple 8-pin connector configuration allowing for higher GPU power limits for OC enthusiasts. Coming to clocks and power details, the iGame KUDAN has a boost clock rated at up to 1860 MHz and has a graphics OC power of up to 500W (420W by default). As for the PCB, the card makes use of a 26 phase (14+8+4) phase solution and the board itself is an overclockers paradise.

As for performance, the card only sees marginal gains at the default configuration but the overall temperatures are dropped by up to 15C thanks to the liquid cooler. The card doesn't break past the 55-60C barrier while the standard air-cooled Vulcan-X GeForce RTX 3090 goes over 65-70C. This is one technical marvel from Colorful but also one product that only a few PC builders will be able to get their hands on.