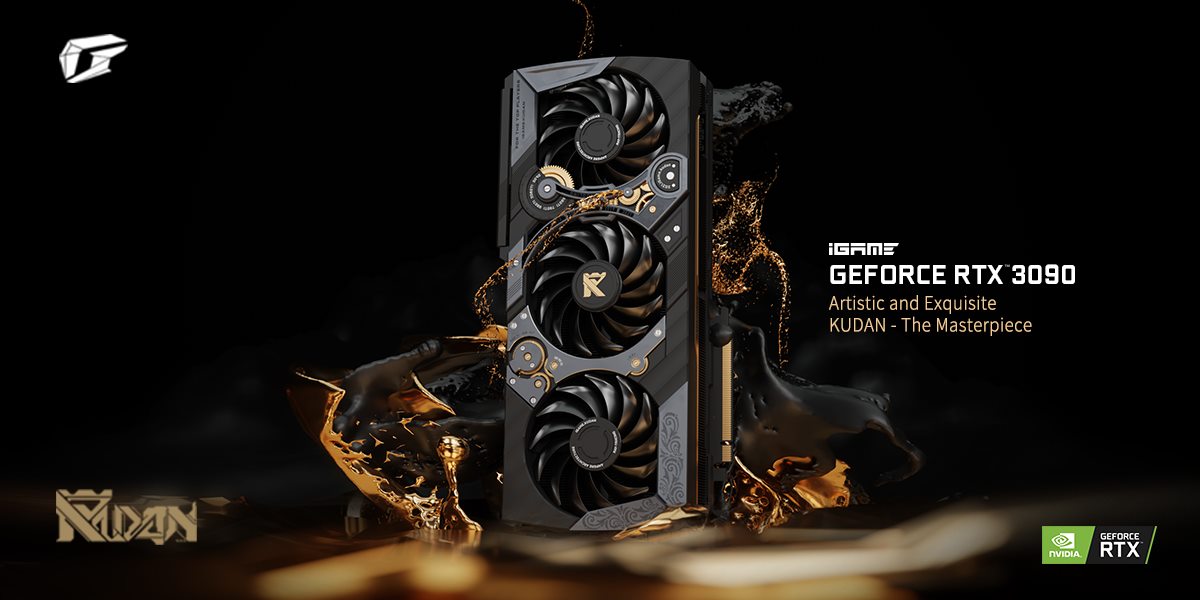 Colorful Technology has officially unveiled its GeForce RTX 3090 iGame KUDAN graphics card over at its Bilibili Channel. The manufacturer posted a full unboxing video and compared the card to the last-generation KUDAN, the RTX 2080 Ti iGAME, which was a beast itself.

The Colorful iGame KUDAN series has always been the top-of-the-line product of the brand. The KUDAN series takes everything up to 11 with insane designs and massive cooling solutions. More recently, Colorful has started using hybrid cooling technologies which include both air and liquid cooling. We last saw this with the RTX 2080 Ti iGame KUDAN which featured a hybrid design and came in a triple-slot form factor.

The Colorful iGame GeForce RTX 3090 KUDAN comes in a hard shell carry case which includes the card, the radiator, several accessories, and a few additional goodies such as a tiny miniature of the card itself that could be used as decoration. As for the design of the card, Colorful has gone with a CNC machined aluminum shroud which features black and silver aesthetics in a triple-slot / triple-fan form factor. The shroud features several gears that have been previously used on the RTX 2080 Ti and GTX 1080 Ti KUDAN series too. The card also gets a side-mounted LED display which is also featured on the Vulcan-X series from Colorful but this is a more refined and better-looking version.

The RTX 3090 KUDAN also has a liquid cooling system with a nine-stage water block and a high-performance 240mm radiator. The water block and integrated heat sink use the Breathe-Gill Technology used in the Neptune Series graphics cards. It features a much denser water lane structure and a stronger cooling performance. 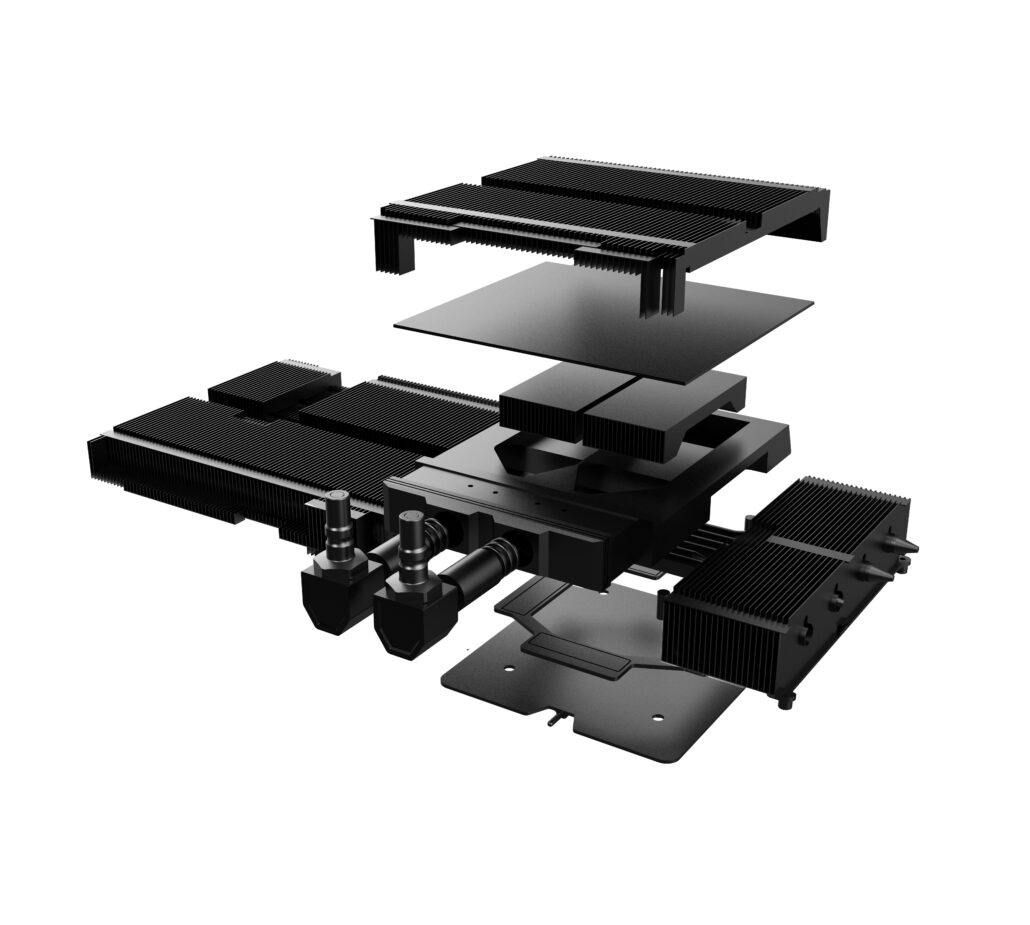 As we mentioned, the previous iGame KUDAN from Colorful also featured a hybrid cooling design and the inlets led to a 240mm radiator. The radiator on the iGame GeForce RTX 3090 KUDAN includes the pump and has hard-sleeved tubes that are plugged in the inlet/outlet on the card.

One interesting feature is that the tube ports can be moved for easier installation and reduces tension when installing the card. Given the size of this massive behemoth, it's a well-added and well-though feature. Once again, the radiator is fully optional as the air-cooler itself is an exceptionally built design but for those looking for even better cooling, the radiator is there within the package.

The Colorful iGame GeForce RTX 3090 KUDAN also comes with a full coverage backplate and is powered by a triple 8-pin connector configuration allowing for higher GPU power limits for OC enthusiasts. Coming to clocks and power details, the iGame KUDAN has a boost clock rated at up to 1860 MHz and has a graphics OC power of up to 500W.