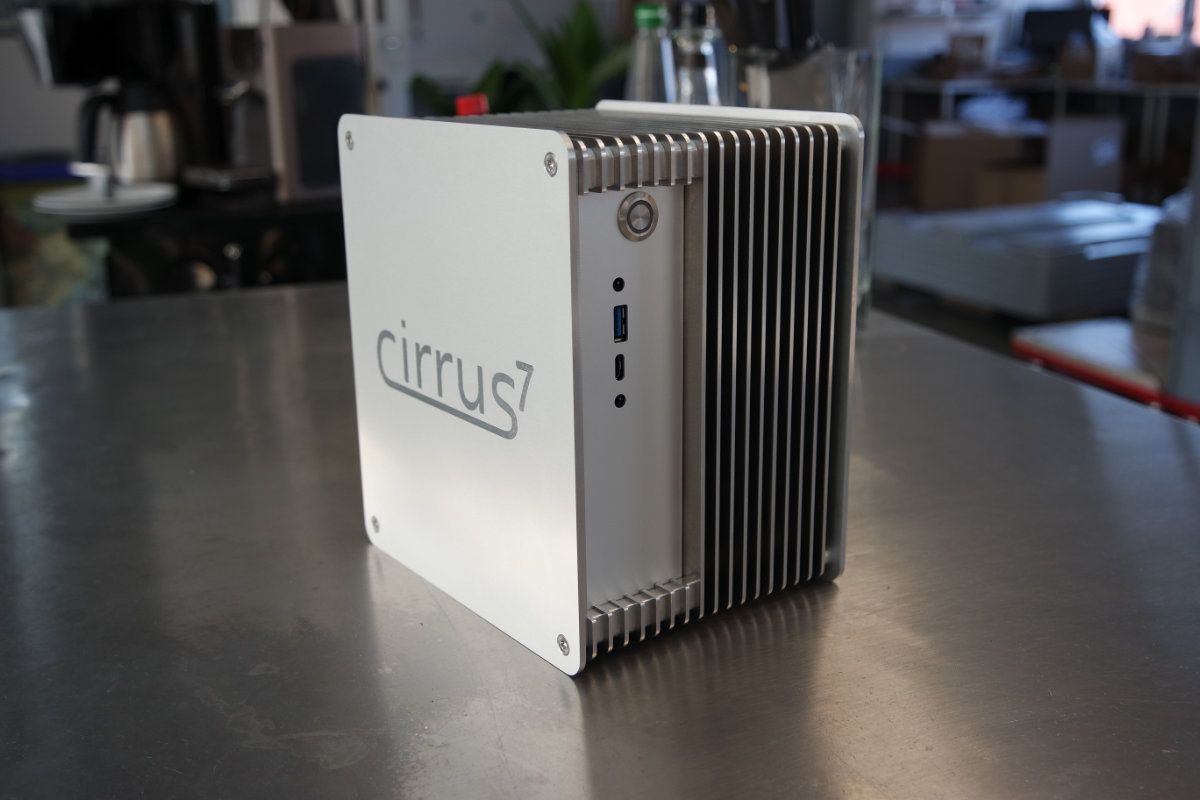 Cirrus7, the creators of several small form factor mini PCs, has announced that their Incus PC is getting support for Intel's Comet Lake CPUs in addition to the AMD Ryzen 'Renoir' CPUs that were already supported. FanlessTech reports that the new design update should allow for up to 8 core and 16 thread CPUs to be incorporated by the SFF PC.

The Incus Mini PC from Cirrus7 is based on ASRock's DeskMini X300 and DeskMini H470 platform. It makes use of the same motherboards to support Intel's Comet Lake and AMD's Renoir CPUs. The Incus measures at 202x179x148mm and weighs up to 4.5 KG. This is due to the fact that the whole system is passively cooled and features a large aluminum fin array that acts as its primary heatsink.

The Incus comes with two options, the standard 35W design, and a more powerful 65W design. The main difference aside from the CPU support is that the 35W variant packs a total of 6 heatsink fins over the chassis while the 65W variant packs 10 fins. Users are given the option to include cooling for the entire system (including CPU, memory, and motherboard) or just the case itself. Since we're looking at 35W and 65W designs, the CPU support is also vastly different.

There are two M.2 and two 2.5" slots which means that storage won't be an issue on this Mini PC. Other features include a separately sold VESA wall and screen mount, WiFi/Bluetooth capabilities that come in either DualBand Wireless AC9260 or Intel WiFi 6 AX200 options. The I/O you get also depends on the platform you're going after.

The system comes with a 120W external power supply and the full system power consumption with the top configuration is rated at around 90W. Cirrus7 also ships the platform with the latest BIOS to ensure full compatibility and system stability.