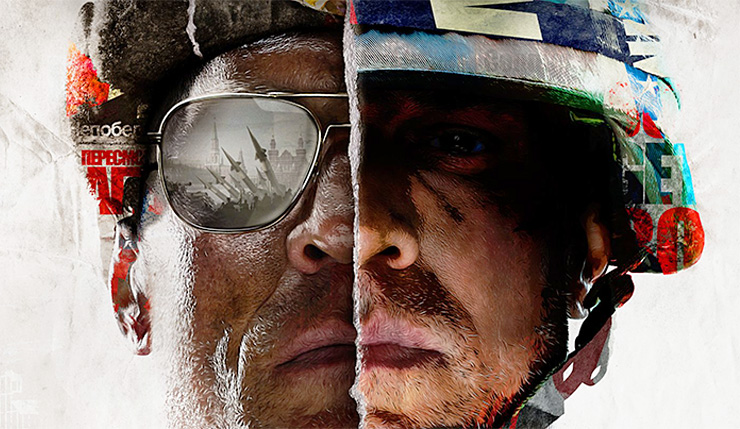 Yesterday, after months of teasing, leaks, and rumors, Activision finally confirmed that Call of Duty: Black Ops Cold War is coming our way this year. A full reveal is coming next week, but in the meantime, we still don’t really know what to expect from the game beyond the Cold War setting.

Well, the folks at Treyarch have just posted a new piece of Call of Duty: Black Ops Cold War artwork that may provide a few more hints. Check it out, below.

As you can see, the image is split down the middle, with one half showing a Russian soldier’s face and a variety of Soviet propaganda, and the other side showing an American solider and imagery. The first Call of Duty: Black Ops Cold War teaser trailer definitely took an anti-communist stance, but perhaps we’ll also see trailers from the Soviet point of view. Of course, the artwork could also imply the game casts players as some sort of double agent, as the face on the left and right side of the split look awfully similar.

So, aside from the split image, is there anything else to be gained from the artwork? Well, the helmet on the American solider and sunglasses on the Russian look relatively modern. There have been rumors this year’s CoD will take place in Vietnam, and perhaps some levels will, but could most of the game be set during a more recent time period? Like, say, the 80s? The Cold War didn’t end until the early 90s, so there’s a wide swath of time developers could play with.

Call of Duty: Black Ops Cold War started development at Sledgehammer games, but was eventually handed off to Treyarch following development issues. The current iteration of the game is being developed by Treyarch with support from Raven Software. Activision has also confirmed content based on the new game will be coming to Call of Duty: Warzone.