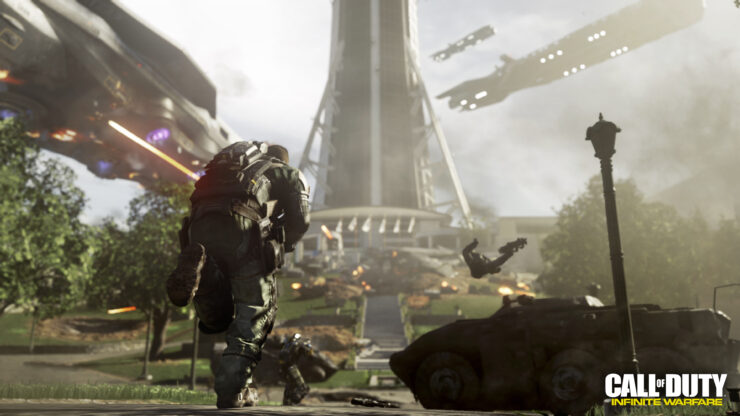 Last week, the new entry of the Call of Duty series, Infinity Ward's Call of Duty Infinite Warfare, has finally been revealed, but many long time fans of the franchise haven't received the news of its setting all that well, with the trailer setting out to become one of YouTube's most disliked videos ever. This doesn't mean that there aren't fans eagerly anticipating the game, as many of them are asking Infinity Ward questions about it. In the past few hours, the team has answered one of these questions, providing some small details on one of Call of Duty Infinite Warfare gameplay mechanics.

One Call of Duty fan has asked the team about the Call of Duty Infinite Warfare movement system. Infinity Ward answered the question, revealing that their take on the chain-based fluid movement system will feel natural to all those who have played Black Ops 3, so it shouldn't be all that different.

Call of Duty Infinite Warfare launches this November in all regions on PC, PlayStation 4 and Xbox One. We will keep you updated on the game as well as on Modern Warfare Remastered as soon as more comes in on them, so stay tuned for all the latest news.