Call of Duty Infinite Warfare Reveal Trailer Has More Dislikes Than Likes On YouTube, Now Over 200.000

With its yearly releases, the Call of Duty series' popularity isn't exactly at its all time high. While there's a hardcore fanbase that eagerly anticipates each new release every year, there are more and more players who have started to drift away from the franchise with its latest entries. And it seems like the next entry of the series is not off to a good start. 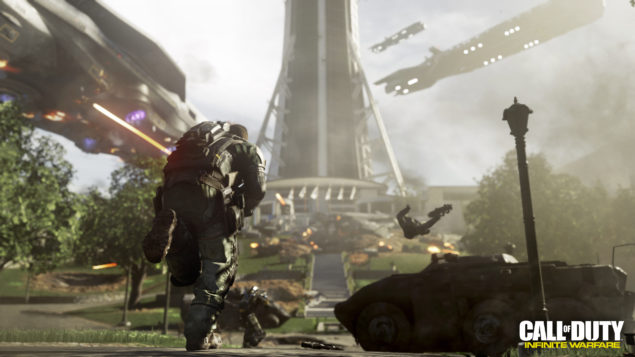 This Monday, Activision shared the first trailer for Call of Duty Infinite Warfare, currently in development by Infinity Ward. The trailer has been available for a little over three days, but it has already managed to get well over 200,000 dislikes. Making matters worse is the fact that the total dislikes are significantly higher than the total likes, which are close to 155,000. Fans are definitely not liking the direction the series has been taking recently, and they are making their disappointment plain with Infinite Warfare.

Earlier today, we reported that Call of Duty Infinite Warfare might receive a beta sometime in the future. One player who has pre-ordered the game in a Target Store has reported that the Reservation Card includes a code that can be redeemed at a later time for a beta. Others who have pre-ordered Call of Duty Infinite Warfare in GameStop stores have received a similar code, although it's not defined as a beta code.

Call of Duty Infinite Warfare will launch on PC, PlayStation 4 and Xbox One this November. The game will not be released on PlayStation 3 and Xbox 360, as confirmed this week by Infinity Ward.