Max Payne 3 is gearing up for release in the future and one of the features which most gamers have been looking forward to is the Bullet time in the game, Bullet time has always been a feature present in every Max Payne game and with the release of Max Payne 3 the game further improves on an already amazing concept in the game. In a video game where Max is constantly out manned, out gunned and has limited limited options for tactical attacks bullet time is one of the many ways for Max to even the playing ground. 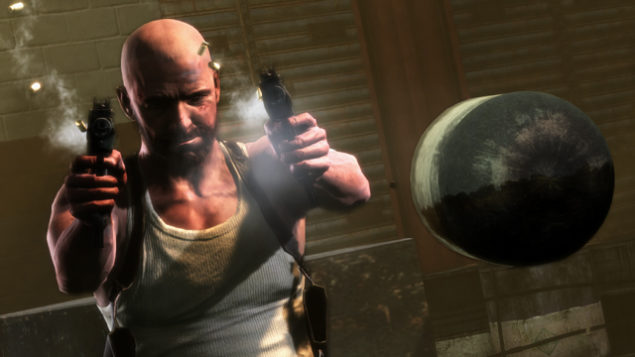 Bullet Time has always been an important part of Max Payne's video games, throughout all his games the odds are always against him but with bullet time players are able to buy them selves a lot of time in planning out their strategies, finding cover and planning precision attacks on enemies. Bullet time on Max Payne 3 has been significantly improved as Max will be able to pull off surprise attacks on unsuspecting enemies and even avoid most of the gunfire with little to no damage on him. Fans of the series who are familiar with the game on higher difficulties will come to know Bullet Time as one of their most used components when it came to beating the game and much like the previous games it will still be a crucial asset in your mission to beat the game too.

The newest feature of Bullet Time is now cinematic moments where Bullet Time will automatically trigger itself on so that players can feel like a Hollywood stunt double and kill their foes in slow motion which would otherwise be troublesome if they were to fight them on a fair ground.Bullet time can also be utilized in Multiplayer effectively but it will only apply to players who are in your direct line of sight so don't expect to be the bad ass of the multiplayer map just because you mastered precise bullet time moments.

The game releases May 15th for the PS3 and XBOX 360 but May 29th for the PC, but the PC version will be immensely superior in graphics so I would say that it justifies the two week of waiting for the fans of the series.

Remedy: It Would Be Fun to Do Another Max Payne, We’d Come Up With Something Cool