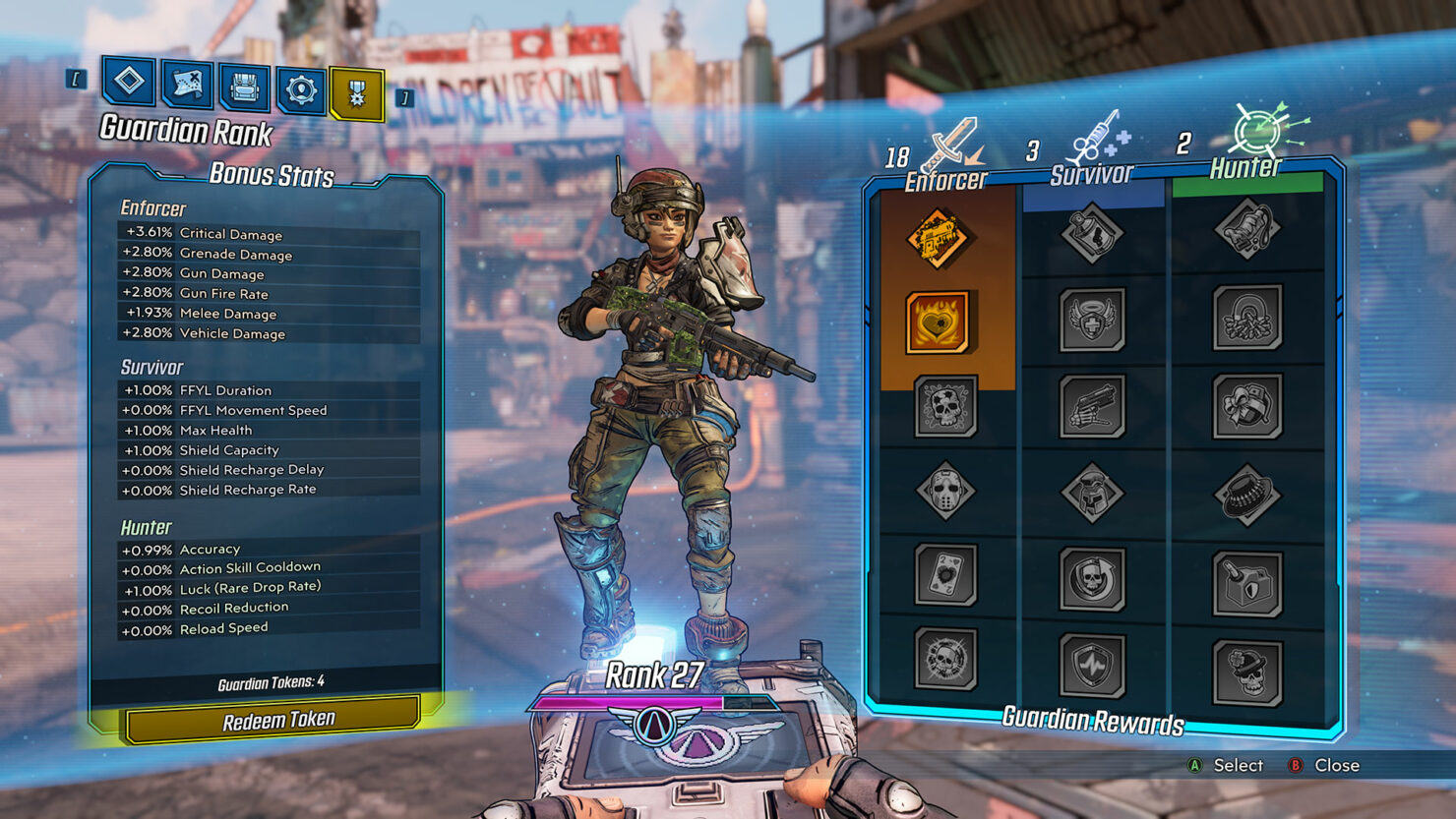 Borderlands 3 was prominently featured at PAX West 2019, as expected with only a few days left to go before its release. To that end, the game's developers have revealed the endgame's modes and content (in addition to the already announced Proving Grounds and Circle of Slaughter).

If you're familiar with previous Borderlands' Badass Rank system, the basic idea is the same: you can unlock incremental stat improvements that apply to all your Vault Hunters. As you gain experience, you fill a special Guardian Rank XP bar. Every bar you fill unlocks a Guardian Token, which you can spend to unlock bonus stats across three distinct trees. The further you progress, the better the rewards available to you.

This is Borderlands 3's take on New Game+. The enemies will be tougher and the loot will be better compared to your Normal mode conquests. Whether you select Normal or True Vault Hunter when starting up a new campaign, your character's mission progress is unique to each playthrough. However, your Vault Hunters' stats and equipment are shared across both modes.

After completing the campaign, you'll activate a mysterious terminal aboard Sanctuary III that offers three Mayhem Mode difficulty levels. Enabling one of these Mayhem Modes ups the ante on risks and rewards across all worlds: enemies get increased health, shields, and armor, while you get bonus cash, Eridium, experience gains, and chances for better loot (including “Anointed” gear).

Mayhem Mode also applies a random selection of modifiers called Mayhem Mods to every planet you visit. For instance, you might get a Mayhem Mod like “You're a Wizard,” which reduces the damage players do with normal bullets but increases their elemental damage. 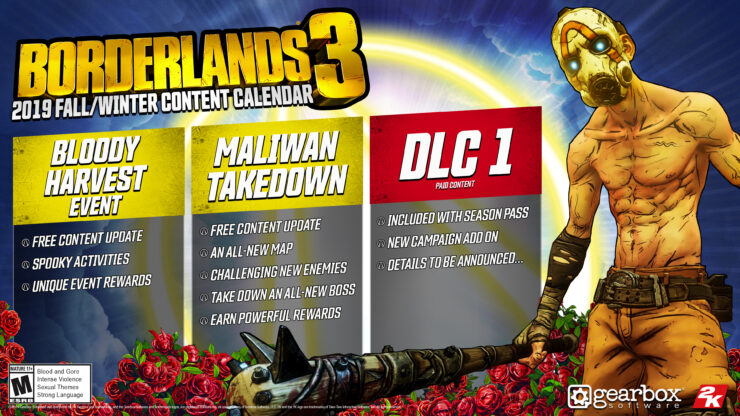 Additionally, Gearbox confirmed Borderlands 2 VR will finally launch on PC later this Fall with a single bundle containing both the base game and all its DLC.