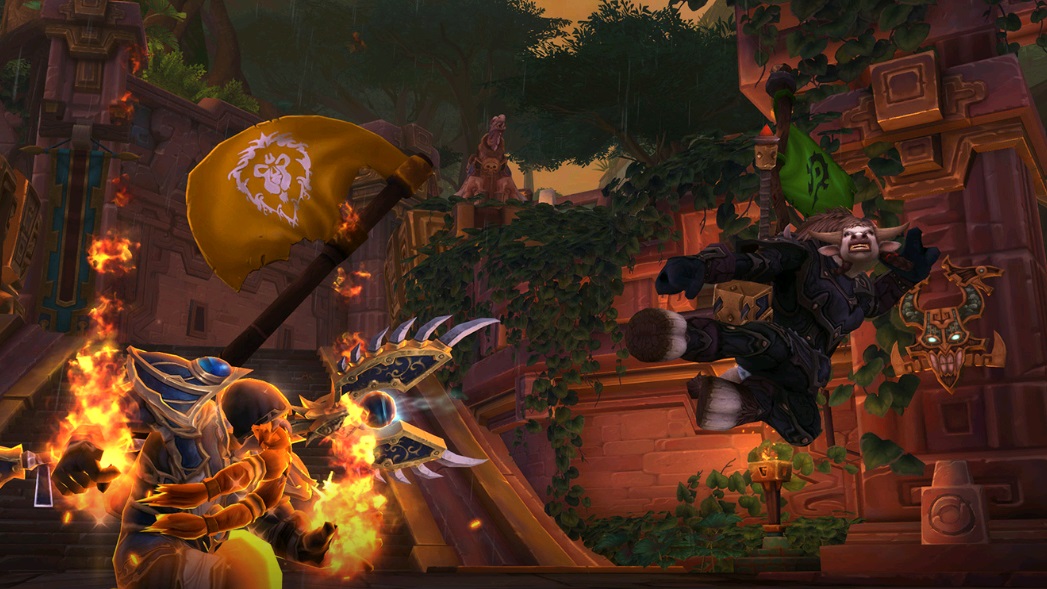 Blizzard has provided additional details on the upcoming World of Warcraft Battle for Azeroth Uldir raid, the expansion’s first PvP season, and more.

World of Warcraft's seventh expansion will release in two weeks, and Blizzard has now released details on when the first raid of Battle for Azeroth will open up alongside details about the game's first PvP season and Mythic Keystone Dungeon season.

Millenia ago, seeking to understand the nature of their eternal foe, the titans constructed this sprawling underground facility to research and quarantine captured specimens. They hoped that by studying the void energy that bound the Old Gods, probing it for weaknesses and reactions, they could find some way to neutralize it. They were horribly, horribly wrong. The facility was sealed away so that the horrors within would never be unleashed upon Azeroth. But now those seals have broken. . . .

Ready your swords and boards: the new PvP season is on its way. Battle for Azeroth PvP Season 1 kicks off September 4 with new rewards and two new Arenas — Hook Point and The Mugambala. Read about rated PvP updates and rewards here and prepare to leap, blink, sneak, or charge your way into the action.

We’re adding a new layer to Mythic Keystone Dungeons with the introduction of Mythic Dungeon seasons that align with the latest content and rewards. As a part of Season 1, we will be introducing using a new seasonal affix—Infested—which will appear on level 10 or higher Keystones. The Infested affix reflects the extent of the corruption of the blood god G’huun as it seeps out into Azeroth to infect select denizens of each dungeon. With each new season, we’ll be changing out this third affix to keep players on their toes. How will you deal with these new dangers?

The publisher also summed up the requirements to unlock the two new allied races, the Mag’har Orcs and Dark Iron Dwarves.

With the release of Battle for Azeroth on August 14, players will begin their journey toward bringing two new Allied Races to the fold: Mag’har orcs and Dark Iron dwarves. You’ll earn their loyalty through the expansion’s War Campaign and will need to meet the following requirements to add their might to your faction:

Yesterday we covered how Blizzard made leveling faster for all levels from 40-100 by lowering the amount of experience required to level up.

Battle for Azeroth releases on August 14.