After being rumored to be triangulated under Microsoft and Xiaomi’s radar in order to be acquired, Canadian smartphone firm BlackBerry is now being reported to be working on a smartphone that will be running Google’s Android operating system. The rumor had to come around sooner or later, seeing as how the company’s efforts of revamping its lineup of devices did not bear fruit. According to Reuters, BlackBerry’s primary focus while releasing an Android handset will be to focus on its software and device management. 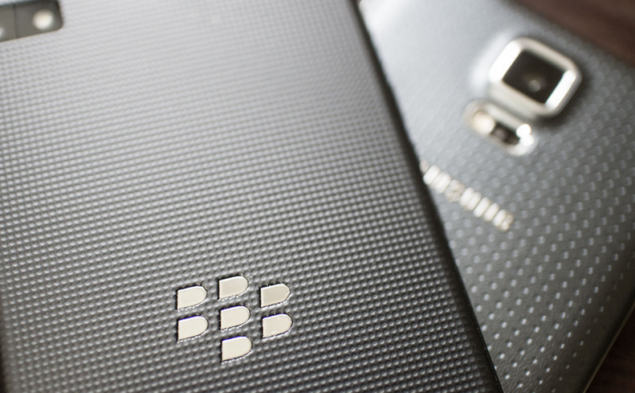 For all those who follow tech news to the letter, you would know that the company’s unparalleled expertise lies in mobile enterprise security, as well as IoV, which is known as Internet of Vehicles (and the two main things that any tech firm would want after being rumored to acquire BlackBerry). However, the company’s smartphone market share is at an abysmal state; the company has only been able to influence less than 1 percent of the entire smartphone market, which is not doing well for the company in terms of revenue generation.

It has not been stated if BlackBerry plans on burying its BlackBerry 10 lineup of devices if they release an Android handset, but in a company email, it was stated that:

“We don't comment on rumors and speculation, but we remain committed to the BlackBerry 10 operating system, which provides security and productivity benefits that are unmatched.”

So far, the company has been adamant on rolling out smartphones that feature a physical keyboard. While devices that possess a larger screen size are always coveted, the company will be able to target a whole new niche (Android physical keyboard running smartphones), assuming the rumor turns out to be true. Furthermore, seeing as how consumers have always preferred a treasure full of apps rather than mobile security, it will give BlackBerry a golden opportunity to fortify the Android platform, which will only increase its goodwill with Google in the foreseeable future.

During the Mobile World Congress Event that was taken place in Barcelona, BlackBerry showed off a slider device. While there have been no details provided concerning its hardware configuration or the software that it runs, perhaps this is the notorious device that will be running Android Lollipop, or even Android M.

Unfortunately, it cannot be confirmed as yet, and we are going to have to wait a few more months in order to confirm what BlackBerry’s plans are for the future. However, for the company’s future, we sincerely hope that a device running the Android platform is released.