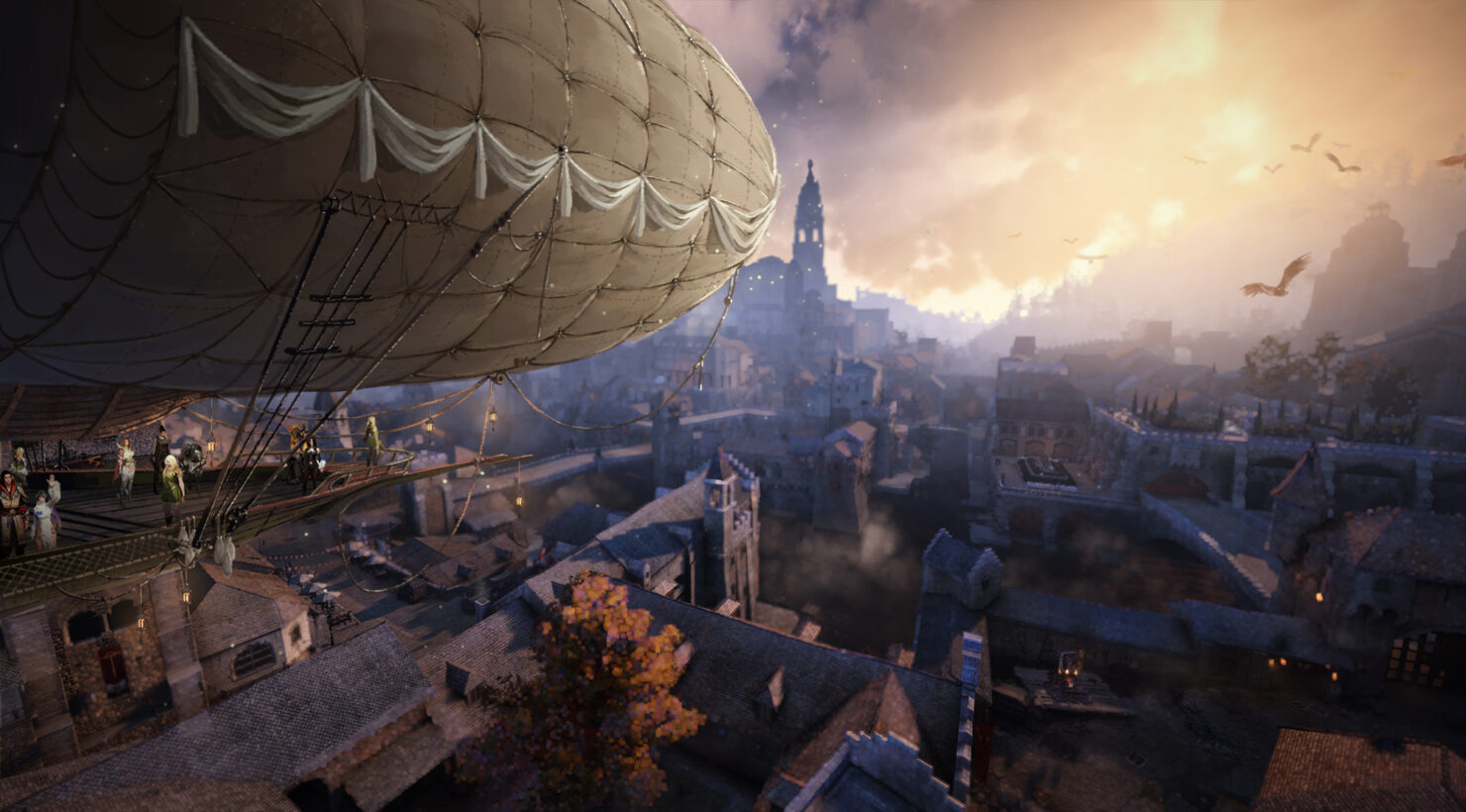 MMORPG Black Desert Online will get a ton of new content in the upcoming months. Korean developer PearlAbyss announced as much last Saturday during a Twitch live stream.

Some of the highlights include a brand new class (the Striker), a gigantic ocean boss, a new climbing skill and even airships to travel around the world.

As previously reported, PearlAbyss is also working alongside YEBIS to improve the graphics of Black Desert Online without degrading performance; in fact, there are some optimizations planned for conquest/node wars. Voice and background sounds are also going to be refined.

Black Desert Online has been recently confirmed to be in development for PlayStation 4 and Xbox One, though there's no release date yet for these console ports. You can check all the new content details below; in case it's the first you've heard of Black Desert Online, it's always useful to read our review to get an idea of the game.

In this brand new mode, adventurers must use their strength, weapons and skills to defend the island from waves of attacking monsters. In this defense mode, players need to stick together and use their wits to protect the island with only limited resources. Some resources are dropped by slain monsters and can be used to build powerful defenses such as new weapons, barricades, flame towers and other fortifications.

PearlAbyss is rebalancing the current Siege Warfare by allowing strangers (who are not necessarily part of a guild) to pick a side and join the war. This will add a new dynamic to the war as neither warring faction will know how much support they will get from the militia. This also means that powerful guilds, once thought to be untouchable will have to be weary for a coup d'état. Furthermore, these militia operate covertly as their guild and nicknames are hidden to other players.

Additional strategic elements will be introduced such as the Shield Soldiers. These frontline soldiers are only allowed to carry shields, but are highly effective against flame tower attacks and will deepen strategic options to players.

UI AND GUILD SYSTEM IMPROVEMENTS
UI and Guild systems will be overhauled and improved. It will be easier to join a guild and there will be tools in place that will allow for more smooth communication between guild members.

KAMASYLVIA PART II
The second part of Kamasylvia (content not yet released in the West) is now under development at PearlAbyss. This territory consists of the beautiful capital city Grana and its surrounding regions such as the Tooth Fairy Forest and the “Winnie Rune” huts. New battlegrounds will be added too. The Forest of Poly is an area where mushroom monsters live and players will be able to slay the Padus tribe in the Ringwood Forrest. Forest Lone Roth is a hunting ground especially designed for adventurers that are level 60 and above as they will most likely meet huge centaur's that will be challenging to defeat, even in groups. Finally, there is a powerful Guy Finisha temple, a little hunting ground where level 60 adventurers can engage in one-on-one combat with powerful monsters.

LEGENDARY UNICORN (DINE)
This Unicorn will have magical powers that will heal its surroundings. His dashing attack will make it a fearsome mount in battle.

ENHANCED LIFE SKILLS AND AIRSHIPS
As part of Black Desert’s already expansive lifeskills, PearlAbyss is developing a climbing system (working title) which will immerse players like never before. Daring players can climb castle walls and scale dangerous cliffs, while looking for scarce ingredients and lost treasure. If mountaineering does not take players high enough it is possible to board one of the new hot air zeppelins. Here players will have a stellar view of Black Desert’s beautiful world. This transport is slow and runs via a set schedule.

SKILL PROMOTION SYSTEM
This brand new system which is still in early stages of development will allow players to link two pre-awakening combat skills to create a new one. These new abilities are as powerful as a class’s awakening. Furthermore, it is the developer’s intentions players can preset and tailor their skillset to make a PvE or PvP character build.

The Striker is a class who marries both classical martial arts as well as more rough techniques that have been popularised on the streets. He fights bare handed and also employs powerful footwork to overcome his foes.

In combat, Striker can approach targets with Knee Hammer for an instant kill or can lure surrounding targets to perform devastating combos for multiple kills. Skillful players can continuously combo moves into others, making the Striker a very stylish and effective class indeed.

In PVP, this class is specialised on one-on-one encounters and has high defensive and evasive powers. Strikers can stiffen enemies and use combos to deal maximum damage. In PvP the Striker class is versatile and more difficult to master than its counterparts, but skillful players will enjoy the freedom of tactical choices this class brings to them.