The new Bioware IP is already in a playable state, and if the game's director of creative development is to be believed, it's looking "stunning". The same can be said about the upcoming Mass Effect Andromeda. 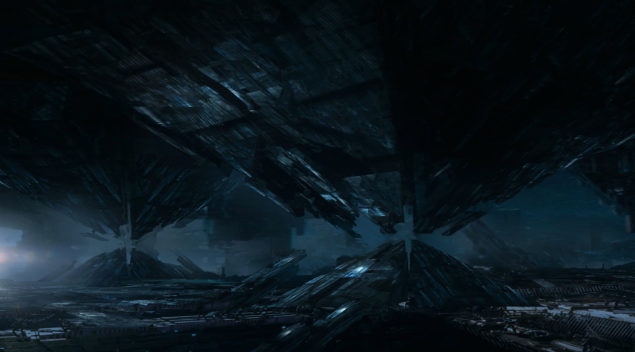 Last week we reported on how Bioware's senior director of creative development, Alistair McNally, teased that he had actually 'revealed' the new Bioware IP at the Game Developers Conference a week earlier. At least, he tweeted that he had worn the new IP at his t-shirt during the gaming event. Unfortunately, no one had batted an eye at it.

Overnight, McNally once again took to Twitter to tease Bioware's new and secret IP, while also sending out the occasional tease regarding the upcoming Mass Effect Andromeda.

While we almost know jack about Bioware Edmonton's new project, it seems that the game is already playable, and it's looking "stunning". The same applies to Andromeda, which is also looking incredible, according McNally.

Played Mass Effect Andromeda yesterday and then today our new IP. Both of which are looking stunning. Today I wore a plain t-shirt.

The new IP from Bioware Edmonton will have a clean-sheet design, and the studio wants to tell “very contemporary stories”, but in a world “as big as and imaginative” as the studio’s previous work in sci-fi and fantasy. Judging from posted job vacancies, we're probably looking at a narrative-driven RPG game with shooting elements.

A possible release for the new IP remains a mystery, but Bioware's Mass Effect Andromeda is expected to be released in the first quarter of 2017. Andromeda was first slated for a Holiday 2016 release, but EA's CFO, Blake Jorgensen, recently stated that Andromeda would release  in EA's 4th quarter of their fiscal year 2016. Since EA's current fiscal year runs till March 2016, this implies a release in the first months of 2017.

"We have our Mirror’s Edge runner game this first quarter, and then we have Mass Effect, which is a sci-fi action game, in our fourth quarter. So big year ahead and we’re pretty excited",  said Jorgensen during the Media & Telecom Conference at Morgan Stanley Technology some weeks ago.