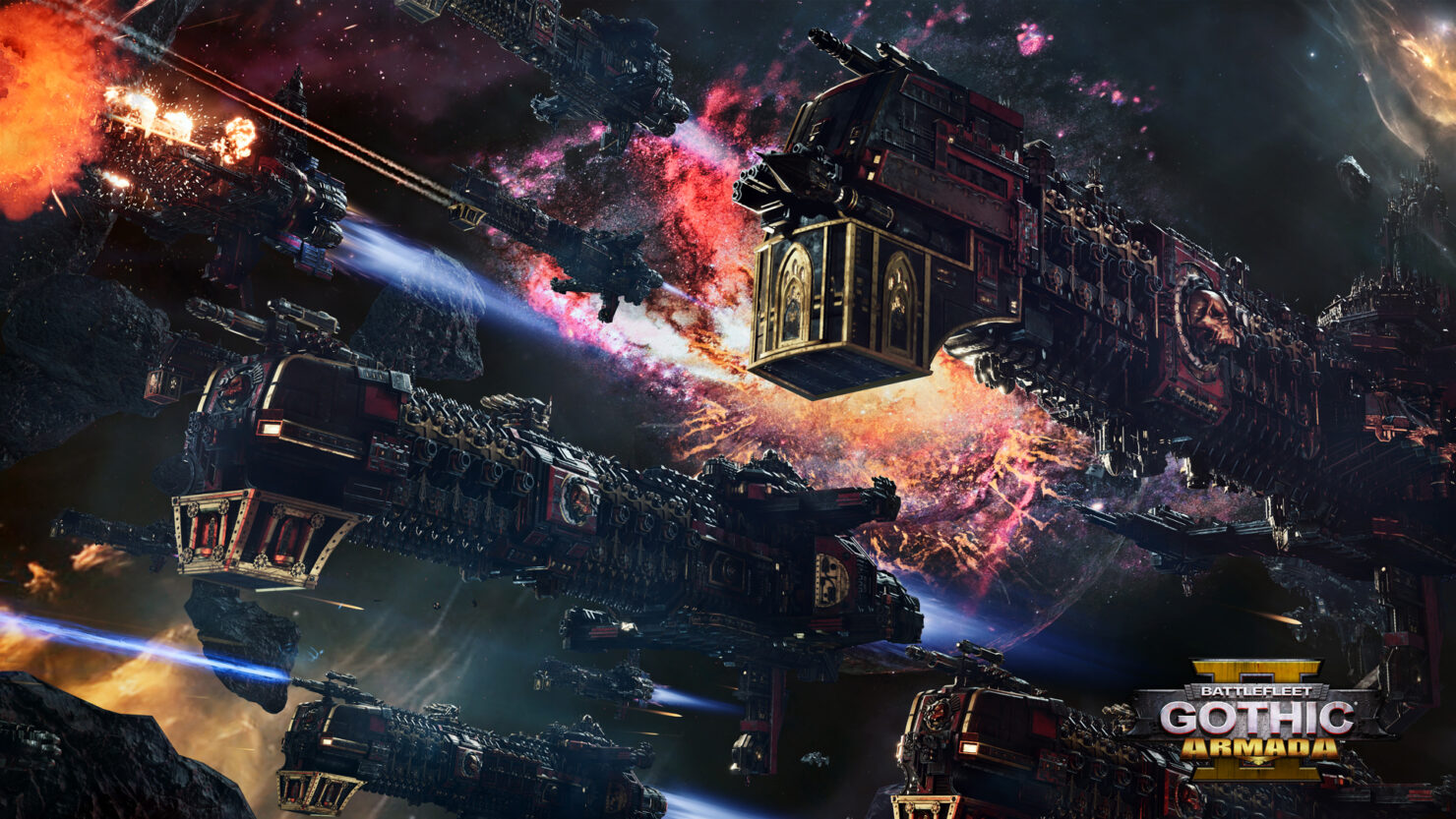 Chris thought that the first game was enjoyable but flawed.

Battlefleet Gothic is a mixed bag. The slow pace hinders a game that should be all about letting you jump in to epic space battles but as you develop, leveling up ships and customising your fleet to what you want, it does prove itself to be a strong contender.

This time around, though, several enhancements and additions are planned as you can read below. The game will be presented to the press for the first time during Focus Home's upcoming What's Next event (February 7-8 in Paris), which will be attended by Wccftech. It's due for release sometime this year on PC; don't forget to check the reveal trailer, too.

Largely expanding on the groundwork laid out by the first game, Battlefleet Gothic: Armada 2 is a full-blown sequel - bigger, richer, more impressive and more ambitious than the original game. It will include, at launch, all 12 factions from the original tabletop game and its expansion Armada it is based on: the Imperial Navy, Space Marines, Adeptus Mechanicus, Necrons, Chaos, Aeldari Corsairs, Aeldari Craftworld, Drukhari, the T’au Merchant and Protector Fleets, Orks, and finally, the Tyranids.

The latest dramatic story development in the Warhammer 40,000 universe, the Gathering Storm and the 13th Black Crusade, will serve as the canvas for several, extensive and dynamic campaigns.

With bigger battles, refined gameplay, improved multiplayer modes and features for a better and more balanced online experience, improvements across the board and even more customisation options for fleets and ships, Battlefleet Gothic: Armada 2 promises to be the ultimate Warhammer 40,000 space battle experience.