Real Time Strategy games can sometimes be just as, or even more, exciting than first person shooters. The level of concentration and engagement can end up being incredibly high as move to take the next objective. Most modern RTS games  can be a lot of activity going on in-game. And there is something so very satisfying about controlling a vast military and using it to your hearts content.

I've always been a secret RTS lover, even competing in Age of Empires so long ago, so here is a list of the top 5 RTS games that you can buy and play right at this very moment. 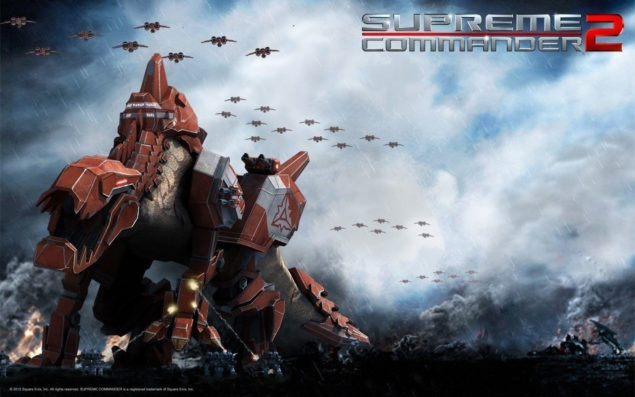 Finally we come to the iconic franchise that sparked the interest in a lot of people. The third installment to the Age of Empires franchise brings us to the European colonization of the American continents. Command the Spanish, British, French, Portuguese, Dutch, Russian, German or the Ottoman empires as they expand into new territories. Also, the graphics are still not half bad considering it was originally released in 2005. Colonize the Americas however you see fit, enjoying the rather nice visuals and destructive properties of the Havok physics engine as well. It's not the defining first installment, but the third installment brings you back to the RTS elements that help to define that genre. It's a fantastic example of how amazing and brilliant these games can be. Age of Empires III is currently $39.99 on Steam.

If you instead enjoy a more combat or battle oriented RTS game, then Sacrifice might just be for you. Released in November of 2000 to a very positive reception, Sacrifice still continues to amaze with it's imaginative gameplay style and the ability to sacrifice friendly units in order to defeat the opposing team. Summon awesome creatures, cast spells, raise an army and pledge allegiance to one of the remain gods of the world to destroy the opposing alter. Despite being older, GOG has revived Sacrifice and has made it more than playable on modern machines. It's a most entertaining entry into the RTS realm. Certainly worthy of being in the top 5 RTS games.

If space isn't your thing, then take a gander at Supreme Commander 2. While this is an older game by most standards, it still offers a very grand and satisfying feel. In fact, Gas Powered Games has elected to make for a very personal and emotive storyline that adds a more personal element to the RTS genre. Take command of absolutely massive armies in a vast open-world as you follow the narratives of Dominic Maddox, Thalia Kael and Ivan Brackman. It's currently on Steam for $12.99.

2. Sins of a Solar Empire: Rebellion

Perhaps one of the most underrated standalone expansions, its own game, of our time. This RTS masterpiece has a level of depth and grandness that rivals that of several others combined. The scope is just enormous. This is actually a real time 4X strategy game. You control not only just ships on a map, but an entire faction in a solar system. Explore the solar system, collect resources, be diplomatic and conquer your enemies. Play as  five separate races or factions and enjoy an incredibly diverse yet approachable gameplay experience. Sins of a Solar Empire: Rebellion is on Steam for $39.99.

What top 5 RTS list wouldn't be complete without this absolute gem of a game. I think that the original Homeworld almost defined the space RTS genre, or at least helped it evolve. Play through thirty single-player missions controlling starships of all sizes as you defend the mothership and help the Kushan find their home, Hiigara. With the remaster you're able to do is in incredible graphical fidelity with support for 4K even. Also, the modding community is absolutely fantastic with a plethora of different and new stories to add untold amounts of value to the Homeworld collection. Find it on Steam for $34.99.

As always, this list is hardly exhaustive as it's only five. But I believe these to represent the RTS genre well and should prove to at least be great entries into the genre for any new player and providing a great experience for veteran players as well.

What are your own top 5 RTS games of all time?