Battlefield 1 May Update Released For PC/PS4/XO; Patch Notes Inside 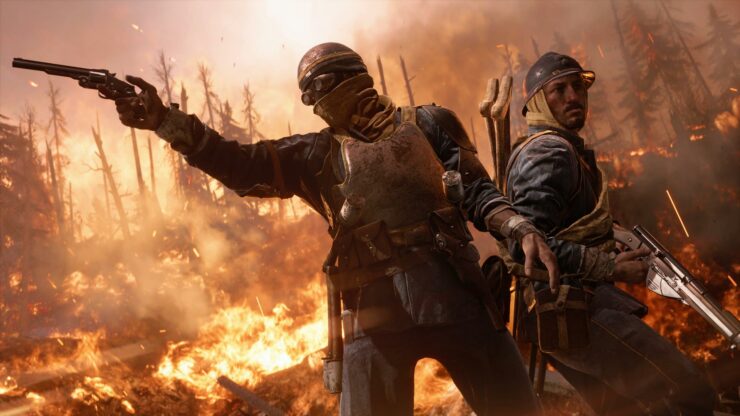 EA Dice has just released the Battlefield 1 May update on all platforms.

The list of changes is quite extensive and the full release notes can be found below. According to DICE, they have received a lot of feedback regarding matchmaking in the game’s Operations mode, and adjustments have been made to help mitigate getting matched to an empty server.

“With this change, a completed match of Operations will loop back to the same Operation rather than exiting the mode”, DICE explains. “However, you’ll be on the opposite side of the battlefield. For example, if you started as the French Army in the first Operation, you’ll be on the German side when it loops back after the “End of Operation” screen.”

“By remaining on the same server with other players, instead of returning to the globe screen, we believe this will reduce the occurrence of being matched into an empty server. In the coming updates, we plan to continue to expand this feature to cycle through a complete Operation playlist.”

Check out the patch notes for the May update down below:

This makes these vehicles' self-repair equivalent to the self-repair of the MkV Landship.

o   This results in a 20% reduction in cannon uptime. The direct damage increase will offset the lower uptime against vehicles when targeting vehicles. These changes should make the Flanker slightly less effective against infantry.

o   Corrected primary weapon to HMG as shown in customization, this was actually LMG. The more powerful HMG should help offset its limited firing arc when compared to the Coaxial LMG of the Close Support Variant.

o   Changed driver secondary weapon from case shell to flamethrower on the A7V Flame Tank Variant. This change will reinforce this variant's role as a close range tank.

o   Added third person freelook to the FT Howitzer Variant. Missed this one with the other tanks because the normal version has a turret that can rotate 360 anyway.

o   Activated aiming speed modifier during prepare state as well as charge state. This means a player can rotate a maximum of 50 degrees during the prepare state. Also added an input modifier disabling strafe while charging.

Battlefield 1 is available now for PC, Xbox One and PlayStation 4.

Battlefield 1 Patch 1.02 Out Now For PC/XO/PS4; Patch Notes Inside