The Kid has achieved the unimaginable, after Minecraft Supergiant Games is the next name in the indie industry to make a name for itself. While Minecraft has sold millions while being a PC exclusive and Bastion found its way on the XBOX LIVE Marketplace and Steam it is still quite an accomplishment for an indie game.

Bastion recently made it's way to the Chrome store where it is now available for purchase and is playable straight off your Google Chrome Web browser just like Angry Birds. 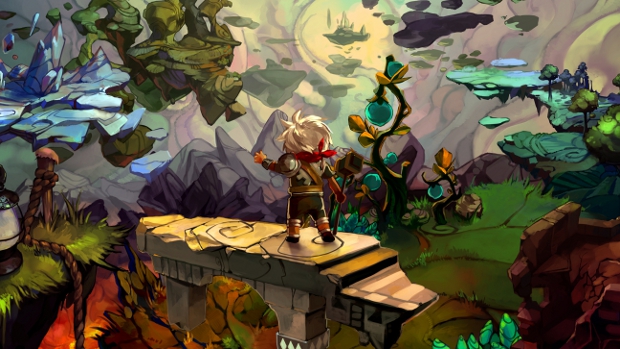 Bastion is an amazing game unlike any other, it offers a bright, colorful world in chaos and with tons of RPG elements, a fantastic narration and lots of end game content to keep buyers of the game satisfied for hours on end and with the recent release of the new DLC titled "Strangers Dream" which is free on Steam and for 80 MSP on the XBOX LIVE Marketplace.

Supergiant Games the makers of Bastion are proud to report that their game has made a name for itself in more ways than one. First the game broke half a million sales including steam and XBOX LIVE buyers of the game who helped them reach this number and then the game has proudly won over 60 awards for the game alone, a full list of awards courtesy of the source is available below:

Awards for Bastion:Here’s a list of the dozens of different publications who’ve recognized Bastion for various year-end accolades:

Paste Magazine – Game of the Year

GameSpot – Song of the Year

Quartertothree – Game of the Year

The Escapist – 12 Games of Christmas

XBLARatings – XBLA Game of the Year

Press X or Die – Game of the Year

Level Save – Game of the Year Pick

I wish to give a big round of applause for Bastion developers Supergiant Games and I hope they can see this as encouragement for future projects similar to Bastion or even better.