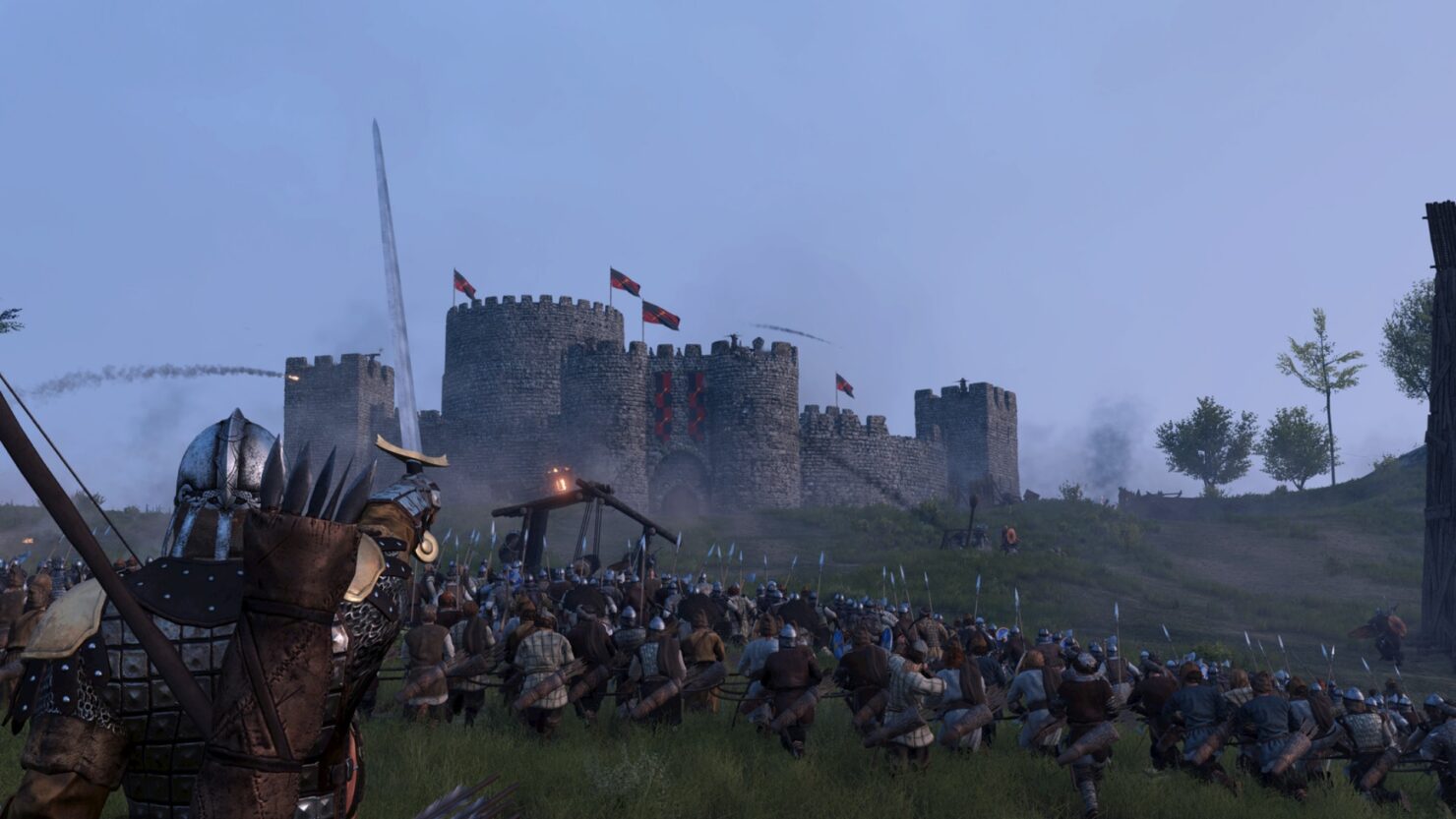 While Mount & Blade 2 (currently still in the early access phase) already offers several multiplayer modes, those looking for a more MMO-like experience will be happy to learn about Bannerlord Online.

Launched three days ago, Bannerlord Online comes with its own launcher and server, currently located in Russia (though there are plans for a European and a North American server, too). Its main feature really is the persistent world that offers players the chance to interact with hundreds of players at once. To begin, you just need to create an account on the mod's official site, install the game (if you haven't already), and then run the custom launcher to connect to the dedicated server.

Every squad, battle, bandit hideouts and other events are fully synchronized.

Time doesn't stop during battles - move around the world, visit cities, trade and fight in the arena while other players participate in battles.

Join existing battles to turn the tide of battle.

Starting to play as an unknown character, you will gradually find allies and opponents in this world. However, each hero now has a real player behind it, not a scripted AI.

Unique perks specially designed for multiplayer, as well as a redesigned experience bar for each skill.

The players themselves produce raw materials and deliver them to the workshops while working in the villages.

Workshop owners produce food, weapons and armor, and then deliver a finished product to the market.

The finished product is in demand by military units and serves as an aid in military campaigns.

Team up in caravans with other players for effective trading

You can always find goods on the market that should be delivered to another settlement.

You can equip the caravan alone, but it's safer and more fun to do it with your friends!

Of course, the combat system!

The game cannot be imagined without battles! Now there is support for 100x100 battles, and in the future, the limit will increase to 200x200!

Almost all weapons that are in the original game are supported.

Fight in the arena in cities or engage in real, bloody battles!

Check out below a beginner's guide to Bannerlord Online from YouTuber Resonant. Also, as a reminder, GeForce RTX users can now enable NVIDIA DLSS for improved performance in the game.