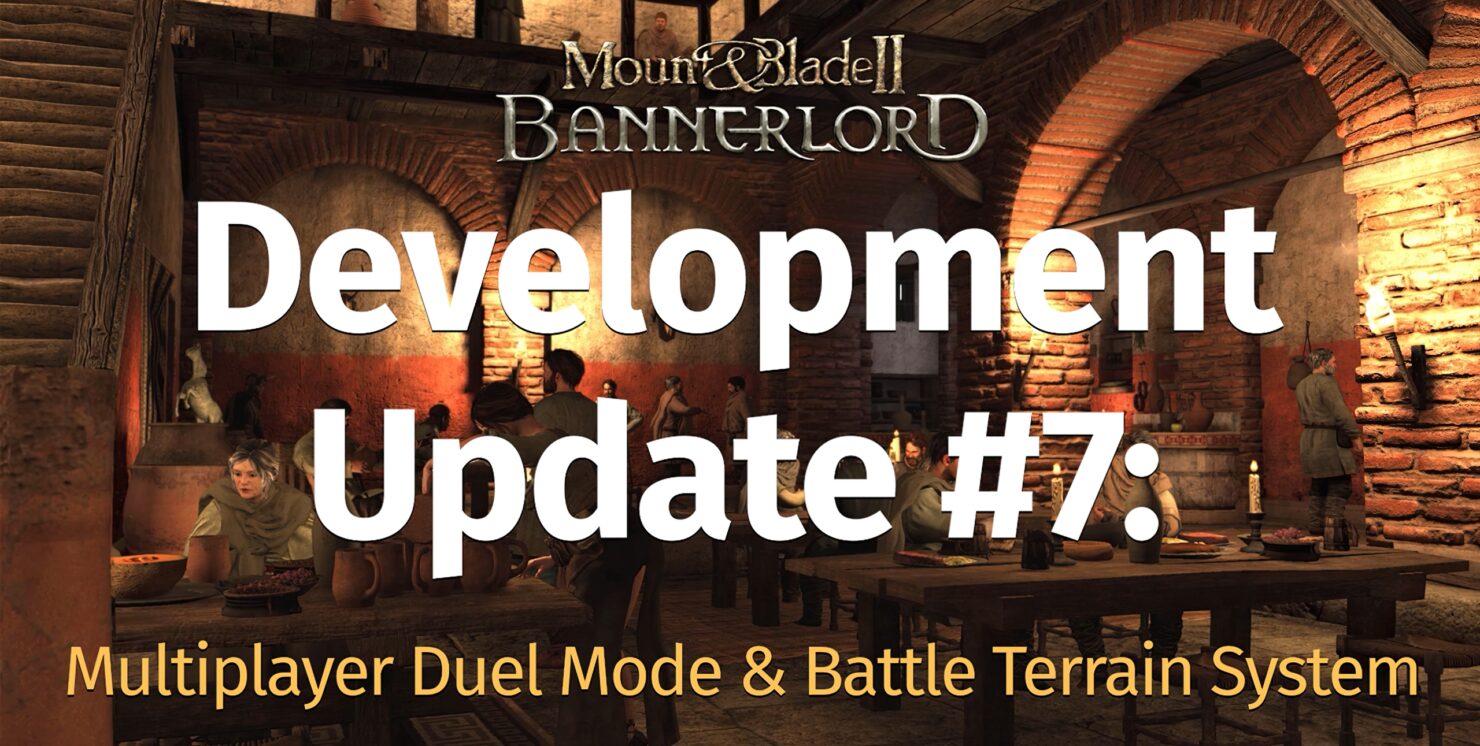 As previously announced, albeit with a bit of a delay on the original schedule, Mount and Blade II: Bannerlord was updated to support NVIDIA's Deep Learning Super Sampling technology, allowing GeForce RTX graphics card owners to play at better frame rates without sacrificing any visual quality.

Developer TaleWorlds also divulged a series of gameplay additions and improvements introduced to Bannerlord, starting with the Battle Terrain system, a much more realistic way to transition from the overworld to field battles.

The Battle Terrain system is a new approach to how scenes are selected for field battles in relation to the location of the combatants on the world map.

Currently, whenever a battle begins, the game checks the terrain type of the world map location and randomly selects from a connected pool of maps.

With the new system, the world map has been divided into regions, with each region being connected to its own specific scene.

The system also takes into account the location and direction of the parties within the region and uses this to determine where each side will spawn in the battle.

This update aims to give you a more immersive and strategic experience that allows you to take the terrain into account when planning your battles.

Mount and Blade II: Bannerlord now features the classic Sandbox mode as well, for those who'd rather play that instead of the campaign.

Sandbox lets you jump into the game with a clean slate, letting you forge your own path in Calradia without the main storyline to guide you.

With sandbox character creation, we are introducing body weight and build sliders to both story and sandbox mode so that you may further customise your character.

While creating your sandbox character, you will also need to select an age group, which will determine the number of skill points that you start with. Furthermore, your character’s culture is linked to your starting position on the world map, allowing you to decide where your adventure begins.

Mount and Blade II: Bannerlord should be fully released later this year out of early access. Stay tuned on Wccftech to catch the game's 1.0 launch date as soon as it is announced by Tale Worlds.