The ASUS ROG Phone Will Be Seeing a U.S. Launch – Company Is Mum About Pricing and Availability 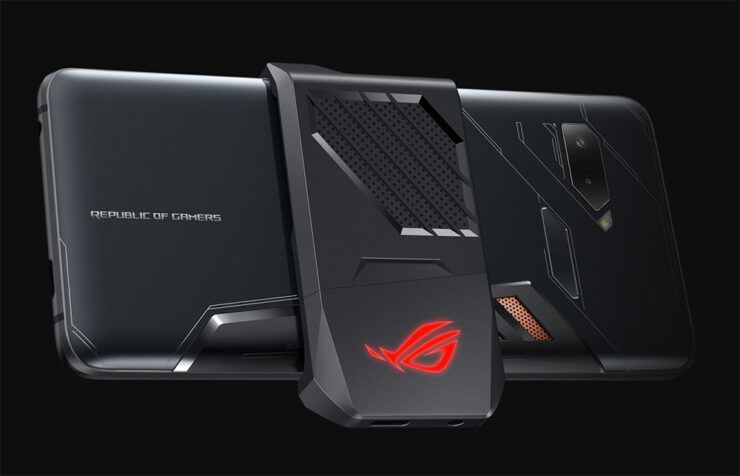 ASUS announced the ROG Phone (check out our exclusive coverage here) during the Computex 2018 trade show, and apart from an overkill design, the smartphone features the best of the best in terms of internals for a high-end smartphone. As for the launch of the gaming-eccentric flagship, the ROG Phone will definitely be coming to the U.S. The only problem is that the Taiwanese manufacturer is not ready to spill the beans on the pricing and availability just yet.

ASUS ROG Phone Shows up on Its U.S. Website With All Details Listed but the Price and Release Date

Since the smartphone has popped up on ASUS’ website for North America, we can safely assume that the flagship is going to be seeing a release in the region. Its hardware is certainly one that will command a very high price, but we’ll let ASUS decide that once it readies its crown jewel to be shipped to the country. Now you will obviously be interested in knowing the specifications and features of the device, so given below are the details you need to know. Fun fact; ASUS actually contemplated of using 10GB of RAM on the ROG Phone, but it ran out of space in the end.

Instead of the usual Snapdragon 845 running its Kryo 385 Gold cores at a speed of 2.80GHz, the cores running in the smartphone possess a frequency of 2.96GHz. The advanced thermal solution and bulkiness of the ROG Phone will ensure that heat continues to get dissipated and the processor will not thermal throttle under intense gaming loads.

The smartphone also comes with 8GB of RAM and 128GB of UFS 2.1 storage, though a 512GB internal storage model will also be available, as per the specifications listed. You should also note that the device sports a 6-inch AMOLED screen with a 2,160 x 1,080 resolution, a 90Hz refresh rate and a 1ms response time. The display also features a 550nits of peak brightness and supports gaming and mobile HDR for people who want to use the device for media consumption.

The smartphone comes with a dual-rear 12MP camera with support for 4K video recording at 60 frames per second and an 8MP front camera. The battery capacity is a 4,000mAh cell and yes, the ROG Phone comes with a 3.5mm headphone jack. The device also supports Quick Charge 4.0 with USB Power Delivery and can draw up to 30 watts of power from the wall to rapidly charge the battery.

Needless to say, the ROG Phone is quite beefed out with the best internals you can find on an Android flagship.