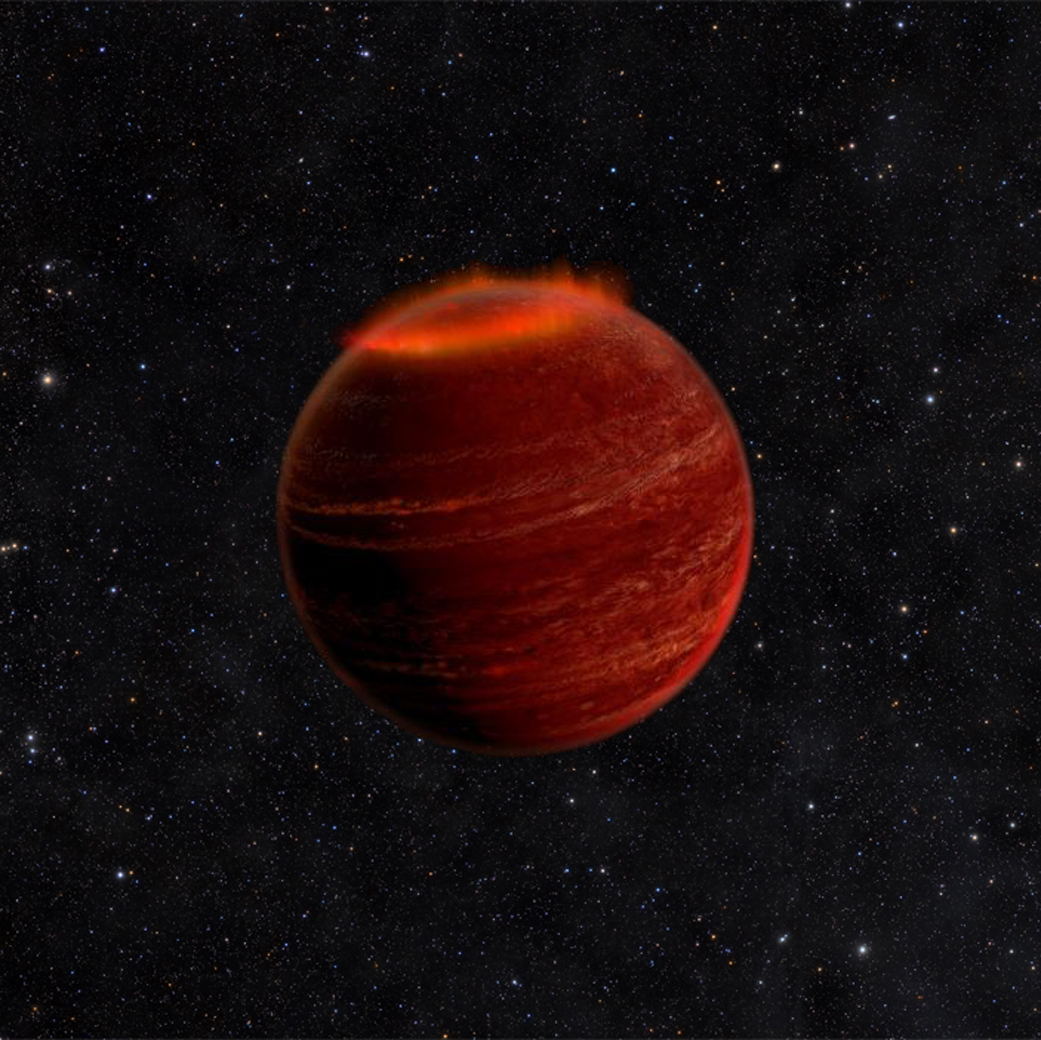 A team of international astronomers has discovered a record-breaking brown dwarf. Brown dwarves are substellar objects (astronomical objects whose mass is smaller than the smallest mass at which hydrogen fusion can be sustained) that are too large to be classified as planets and too small to be called stars. Unlike stars a brown dwarf is unable to sustain a nuclear fusion reaction of ordinary hydrogen to yield helium in their cores. These substeller objects are only 10-15 percent larger than Jupiter. These objects are thought to be formed in the same manner as stars are formed – from collapsing stellar gases. However, as the gas and dust accumulate it does not form an object which is dense enough so as to trigger a nuclear fusion reaction in its core.

The purest and most massive brown dwarf ever discovered

About 750 light-years away a brown dwarf called SDSS J0104+1535 in the constellation of Pieces has been discovered that is composed of gas that is around 250 times purer than the composition of our sun. This indicates that the brown dwarf is composed of 99.99 percent of hydrogen and helium. This brown dwarf is a member of the halo of our galaxy making it part of the earliest stars.

This brown dwarf in question is thought to have been formed around 10 billion years ago, and has a mass 90 times that of Jupiter making it the largest brown dwarf discovered (usually brown dwarves are only about 80 times more massive than Jupiter). The SDSS J0104+1535 has been classified as the Spectral class L type ultra-subdwarf because of its optical and near-infrared spectrum. The brown dwarf was observed using the European Southern Observatory’s Very Large Telescope (VTL).

Up till now it was not known that brown dwarves could be formed by such ancient gas. The discovery has opened the door astronomers to be on the lookout for even more primal brown dwarves.

Dr ZengHua Zhang of the Institute of Astrophysics in Canary Islands led the research team. He said, “We really didn't expect to see brown dwarfs that are this pure. Having found one though often suggests a much larger hitherto undiscovered population —I'd be very surprised if there aren't many more similar objects out there waiting to be found."

The discovery of Brown dwarves especially rare ones such as we have discussed help scientists to understand the future of our universe. The motion of stars and galaxies is influenced by invisible dark matter. Astronomers call this “missing mass”. Much of this missing mass could be made up of brown dwarves. Having an understanding about how much mass the universe has in it we will be able to predict how our universe will meet its demise and brown dwarves may hold the answers we seek.