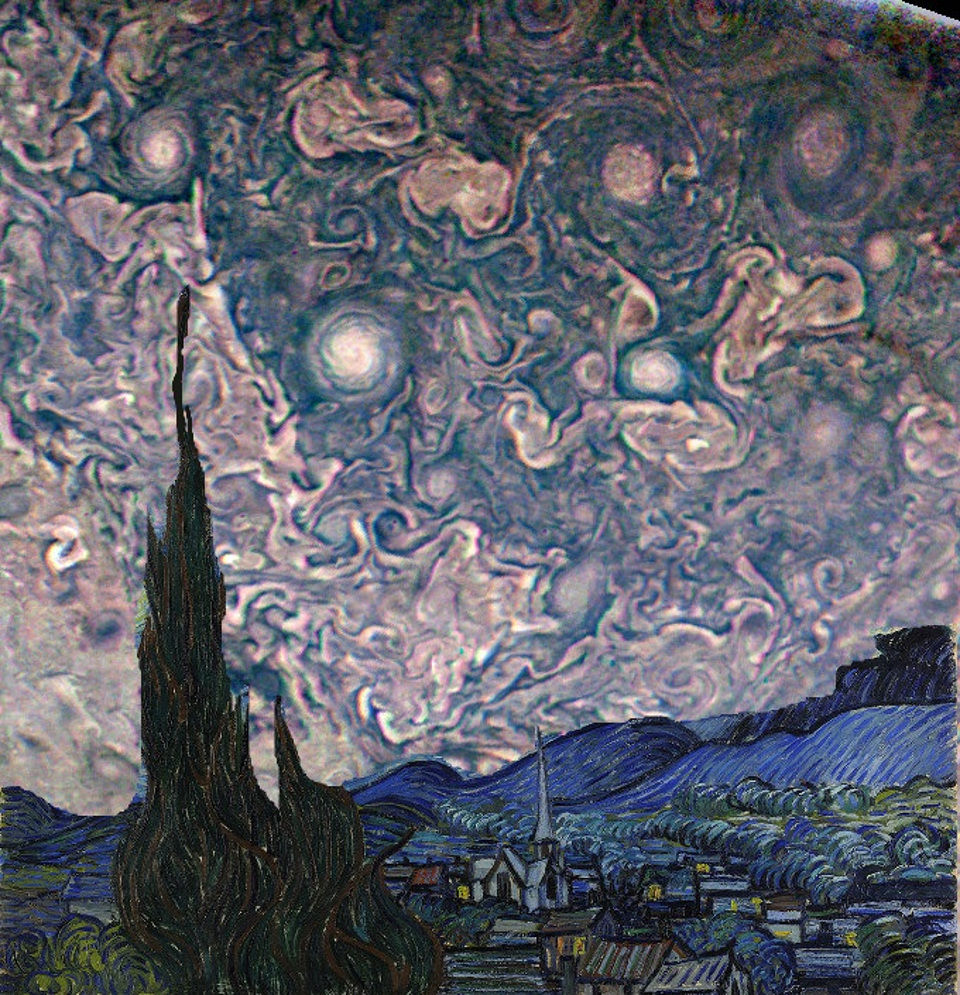 NASA has just released new images of Jupiter and they look like they may have come out of Van Gogh’s painting called the ‘Starry Night’.

Citizen scientist named Amelia Carolina Sparavigna was the first but only to notice such acute similarities between Jupiter’s real images of swirling cloud tops and Van Gogh’s ‘Starry Night’. So much so, that she replaced the sky section of the painting with Jupiter’s new image.

The images were taken by NASA’s Juno probe. Even though, the primary objective of the NASA Juno mission is to study the regions below the swirling clouds, the JunoCam provides us with some of the most breathtaking, raw images of the planet.

The image used in the montage of the Starry Night was one of JunoCam’s recent photos taken of Jupiter on the 2nd of February. It was the closest to the planet’s surface at that time. In fact, the Juno probe gets the closest to Jupiter’s surface after every 53 days. This orbit also protects the probe from harmful radiations that wraps around the giant planet.

These raw images may not seem all that helpful at first. But after a series of color and light corrections, these very images can help us visualize what the planet would look like up close, in front of our two eyes. They can also be used to highlight features of interest or new discoveries in the cloud tops. 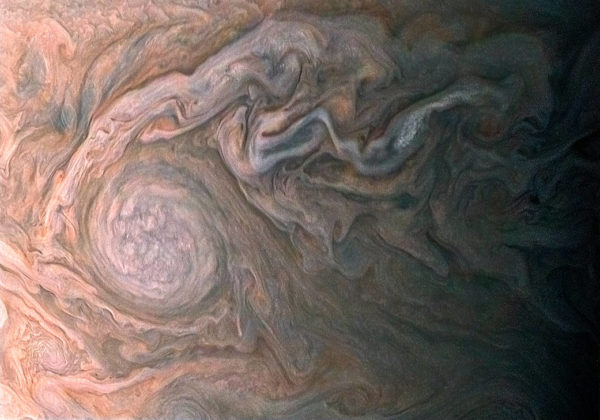 All of this post production of the raw images is done by citizen scientists on JunoCam’s website. It is a platform for citizens to take part in the Juno mission, in a participatory way and not passive way. Basically, JunoCam uploads these raw images on their website and citizen scientists edit them to their likeness and style. One can post the edited photos on the same website. There are a variety of editions to these photos. Some very creative and surreal while others fairly simple, in pursuit of knowledge about the planet itself.

One thing is common between these productions though. They all look like either swirls of cream coffee, or marble cake frosting or some even out of famous paintings.