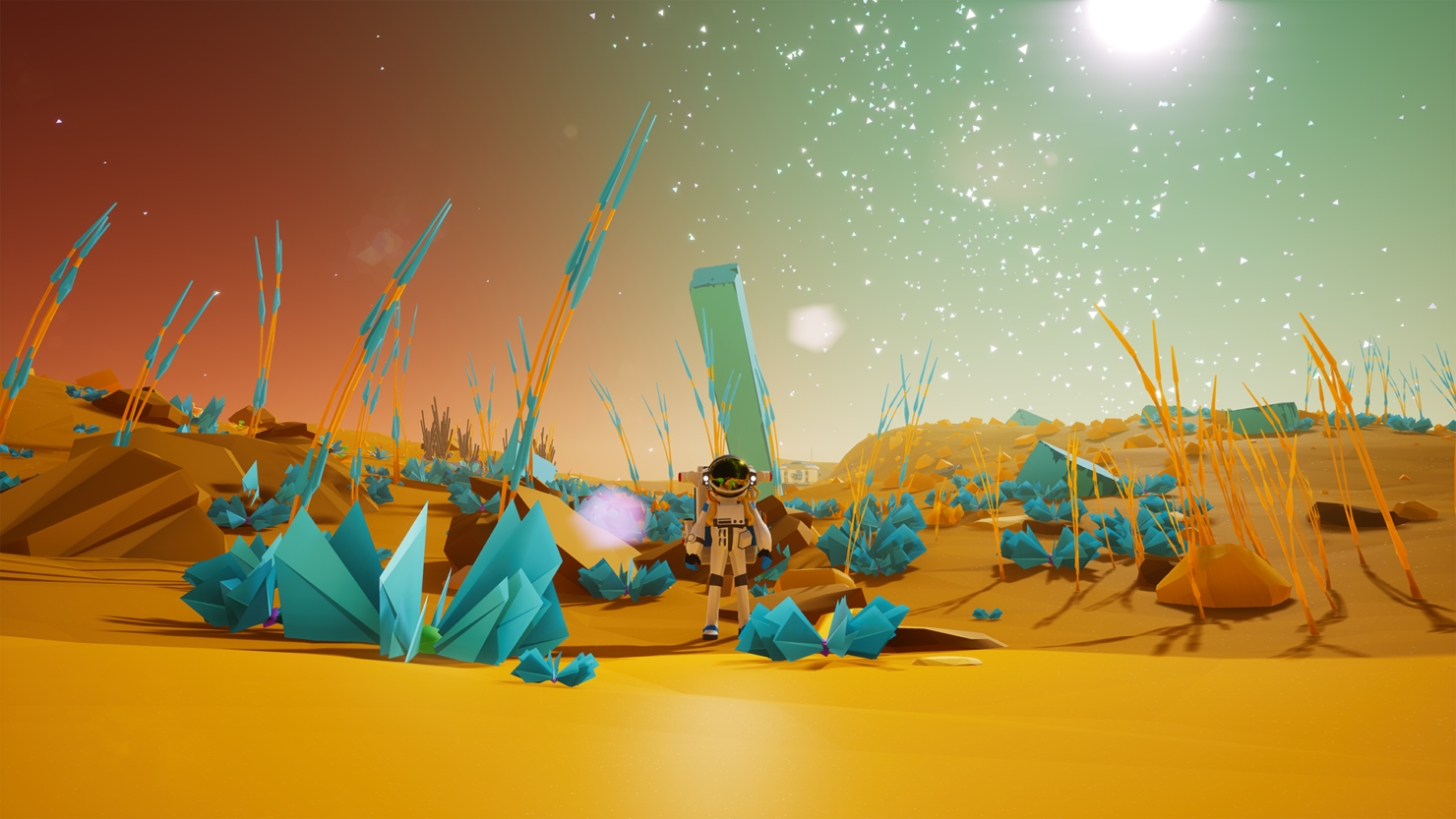 After almost two years of Steam Early Access and Xbox Game Preview, Astroneer is finally about to launch its version 1.0 on both PC and Xbox One.

The game will be available on February 6th, 2019 with lots of new content.

Liftoff will debut a new exploration-focused adventure that will take you to seven brand new planets while facing challenges like dangerous flora, treacherous terrain and immense, mysterious structures. Increased character customization options empower every astronaut to showcase their personality as they explore new narrative elements. Dedicated servers will enable intrepid adventurers to build their bases asynchronously through Xbox One and PC cross-play, fulfilling the developer’s intended vision.

Grab friends for online multiplayer and blast off to explore uncharted planets, unearth rare materials and unlock the mysteries of the universe. Reshape colorful terrain, molding the stylized minimalist landscape to create mountains or chasms all while immersed in the meditative sounds of the sci-fi synth soundtrack.

Gather resources to craft new tools and modules at fully customizable bases, then pack those bases onto vehicles and shuttles to fuel further forays into the unknown. Harness the ingenuity of an intrepid Astroneer to take on the final frontier as one of the forerunners of a new age of space expansion, propelling humanity into the future.

Astroneer reflects on the legacy of human space exploration and imagines the future. We want to inspire a sense of wonder and reverence for the beautiful universe we live in, while promoting ideals such as creativity, tackling adversity and outside-the-box thinking.