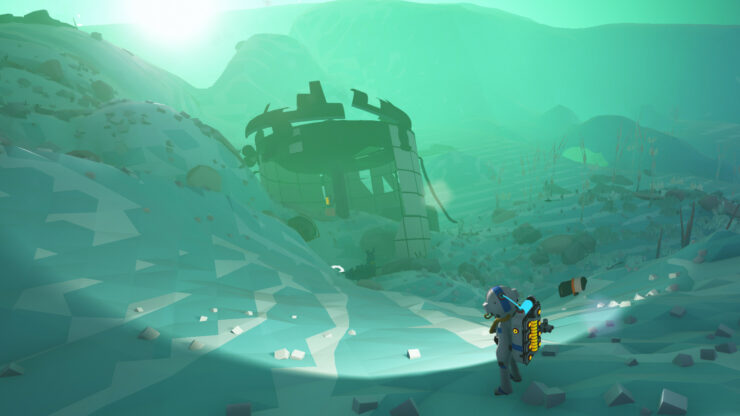 No Man's Sky, the space exploration game developed by Hello Games, promised to be the game to play for those with no fear of the unknown, but sadly the game ended up being quite disappointing, lacking features that were promised before release. If you're still looking for a space exploration game, you may want to check out the quite promising Astroneer.

Starting today, Astroneer can be purchased on Steam Early Access and Xbox Game Preview for the price of $19.99. Even though the game is still in development, it comes with plenty of very interesting features such as the ability to reshape the terrain of planets, extensive crafting mechanics and a 4 player online co-op mode.

Explore and reshape distant worlds! Astroneer is set during a 25th century gold rush where players must explore the frontiers of outer space, risking their lives in harsh environments for the chance of striking it rich.
On this adventure, a player’s most useful tool is their ability to shape their world, altering the terrain and extracting valuable resources from planets, and moons. Resources can be traded or crafted into new tools, vehicles, and modules to create everything from massive industrial bases to mobile rover bases.

- Reshape terrain as though it were made of Play-Doh.
- Survive on and explore procedurally generated planets that can be entirely deformed and traversed.
- Build vehicles and travel to new planets and moons.
- Snap together components and objects to create custom vehicles and modules.
- 4 player online drop-in/drop-out co-op.

On the game's official website, the Astroneer team also outlined future fixes and content that will be coming in the next few months. The team seems to have a very clear idea on where they want to go with the game, so it will be interesting to see if they will indeed stick to this roadmap.

Astroneer is now available on Steam Early Access and Xbox Game Preview in all regions.