It looks like by the time Ubisoft will officially launch its next-gen exclusive, highly anticipated historical fiction open-world video game title known as Assassin's Creed Unity, a significant amount of players will have already finished it. We still are almost a week away from the game’s official launch, though some retailers have broken the street date and shipped out the game early. Those who are already enjoying Ubisoft’s masterpiece have reported some in-game bugs and glitches including notable NPC and texture pop-in and color change. You can check out the reported issues in the leaked GIFs and video shared below. 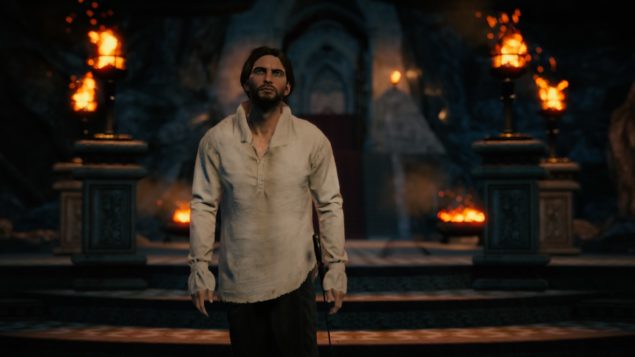 With an urge to provide the PC and latest consoles’ users with a revolutionary video game title that packs true next-gen visuals, and at the same time, catering to the gaming needs of the PlayStation 3 and Xbox 360 players, Ubisoft, a veteran video game developer, decided to create two new Assassin’s Creed titles this year; Assassin’s Creed Rogue that allows players with the last-gen consoles to continue their historical adventure, and Assassin's Creed Unity that competes with next-gen-only video games and is boasted to be the most graphically advanced title ever in the Assassin’s Creed franchise.

Both the latest Assassin’s Creed titles are launching next week on November 11, but the hype for Assassin's Creed Unity is so great the last-gen title is barely getting any attention, and just like many other major triple A video game titles, copies of the upcoming next-gen exclusive video game have leaked out heavily and many players who are already enjoying the game have shared a lot of in-game media content on the internet showing that Assassin's Creed Unity indeed looks stunning and is worth all the hype. However, some reports have also emerged recently claiming that the game is plagued with in-game bugs and glitches, most notably, NPC and texture pop-ins and color change.

It had been reported before that while Assassin's Creed Unity was only a couple of month away from its launch, it still had many bugs and glitches during development. Now it looks like some of these bugs have managed to make it into the final build as some users, who have acquired the game early, are reporting NPC and Texture pop-in bugs. While these bugs are quite notable and can maim gameplay experience, it is expected that the Day 1 Patch for the game from Ubisoft will fix the issues.

You can check out the leaked Assassin's Creed Unity GIFs and gameplay footage showing NPC and texture pop-in bug below.