Assassin's Creed Unity, the latest installment in Ubisoft’s most critically acclaimed historical fiction action-adventure open world stealth video game series, is still almost a couple of weeks away from its official launch, but while the developer is busy clarifying some claims and breaking down common rumors after that whole “parity” thing that affected the console versions of the game, it looks like some lucky players have already gotten their hands on the upcoming masterpiece. According to latest details, while the official system requirements of Assassin's Creed Unity are conservative on GPU side, the game’s frame rate won’t be locked. 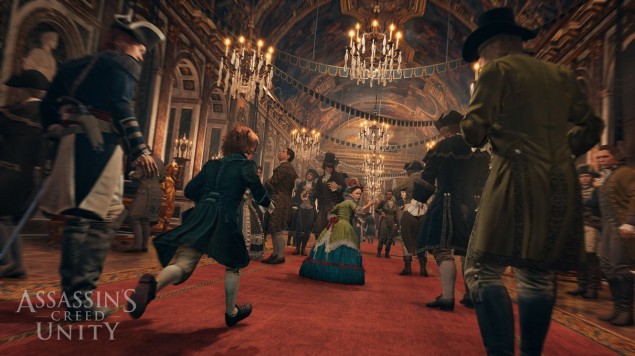 Assassin's Creed Unity is one of the few video game titles of this year that have been developed exclusively for latest video game consoles and PC using advanced next-gen technologies. The game packs jaw-dropping graphical textures and many interesting, immersive gameplay sections. While the upcoming action-packed title is completely optimized for all platforms and runs at native 900p resolution and 30 frames per second on latest PlayStation 4 and Xbox One consoles, there were still some misconceptions about the frame rate of PC version of the game that have now been clarified by the developer.

Answering fans’ questions on Twitter and clarifying misconceptions that emerged after the whole “parity” thing that happened with the console versions of the game, Gabriel Graziani, community developer at Ubisoft Montreal, recently made it clear that Assassin's Creed Unity PC version’s frame rate won’t be locked. He stated:

Talking about Assassin's Creed Unity’s system requirements, Graziani said that although they are a bit conservative on the graphics card side, they are final and players will need 4GB of video memory to run the game smoothly.

@JunLiu9 They're final specs, although a bit conservative on the video card side because you NEED 4 gigs of VRAM.

However, in a follow up, Graziani mentioned that the official 3GB VRAM requirement is legit and correct, and mentioning 4GB video memory requirement in the previous tweet was a mistake.

.@Yazh_x @JunLiu9 The posted specs are correct. Sorry for the confusion, I was tweeting from home and didn't have them in front of me. 🙂

On the other hand, while Assassin's Creed Unity is still more than a week away from its launch, it looks like some retailers are already breaking the game’s street date, and some lucky players have already gotten their hands on this latest and most graphically advanced Assassin’s Creed title. This probably means that we can expect a lot of leaks regarding the in-game media content in coming days. Below, you can check out some evidence including gameplay footage (spotted by NeoGAF) and images showing copies of the game.