Assassin's Creed Unity, the seventh major installment in Ubisoft's most critically acclaimed historical action-adventure open-world video game series known as Assassin's Creed, is the only blockbuster multiplatform next-gen exclusive game that will be landing later this year to make your Christmas special. Launching on October 24, the game is currently being developed by Ubisoft Montreal, and looking at these leaked screenshots from Xbox One beta build of the game, it seems like developer still has to fix some common glitches and bugs, and put everything in place. 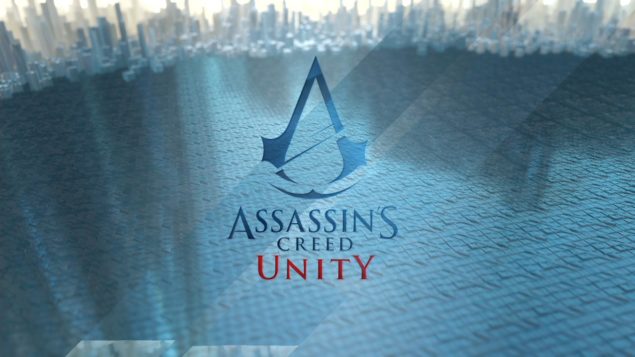 Set in late 18th century in Paris during the French Revolution, Assassin's Creed Unity pushes you into the shoes of Arno Dorian, main protagonist of the game who is son of an Assassin but has been adopted by Templars. Taking full advantage of the hardware offerings of the latest consoles, the upcoming title completely redefines the series with improved tactical combat and stealth skills, and beautiful environments of the ancient Paris.

Assassin's Creed Unity is currently being developed by Ubisoft Montreal, and looking at screenshots and GIFs that were leaked recently, it seems like the development team is busy testing the beta version of the game. The leaked media content comes from a Reddit user (spotted by GearNuke), who seems to be one of the beta testers. The command buttons visible in the screenshots show that they are from Xbox One beta build of the game. You can check out the screenshots below, don't expect visuals to be awesome, it is beta version. 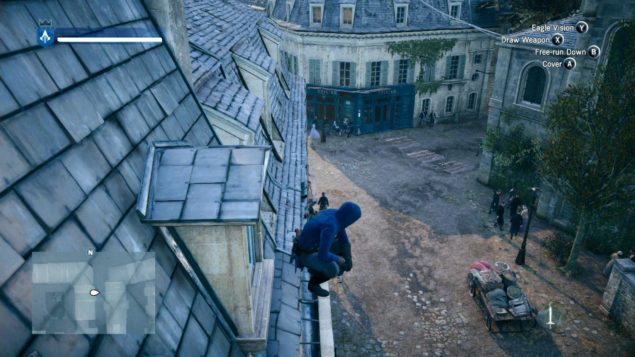 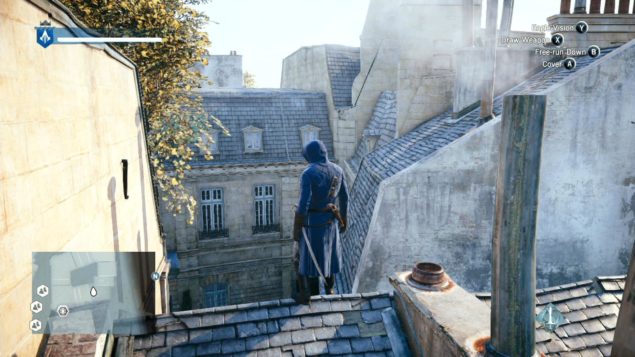 The leaked media Assassin's Creed Unity media content also includes a video which shows some gameplay from Xbox One beta version of the upcoming masterpiece. The fact that the game is currently being beta tested explains those quite hilarious glitches and bugs that are shown in the leaked video. Obviously, the video has been removed now but thankfully, we have these GIFs that show how lively your Assassin can act when he still being trained.