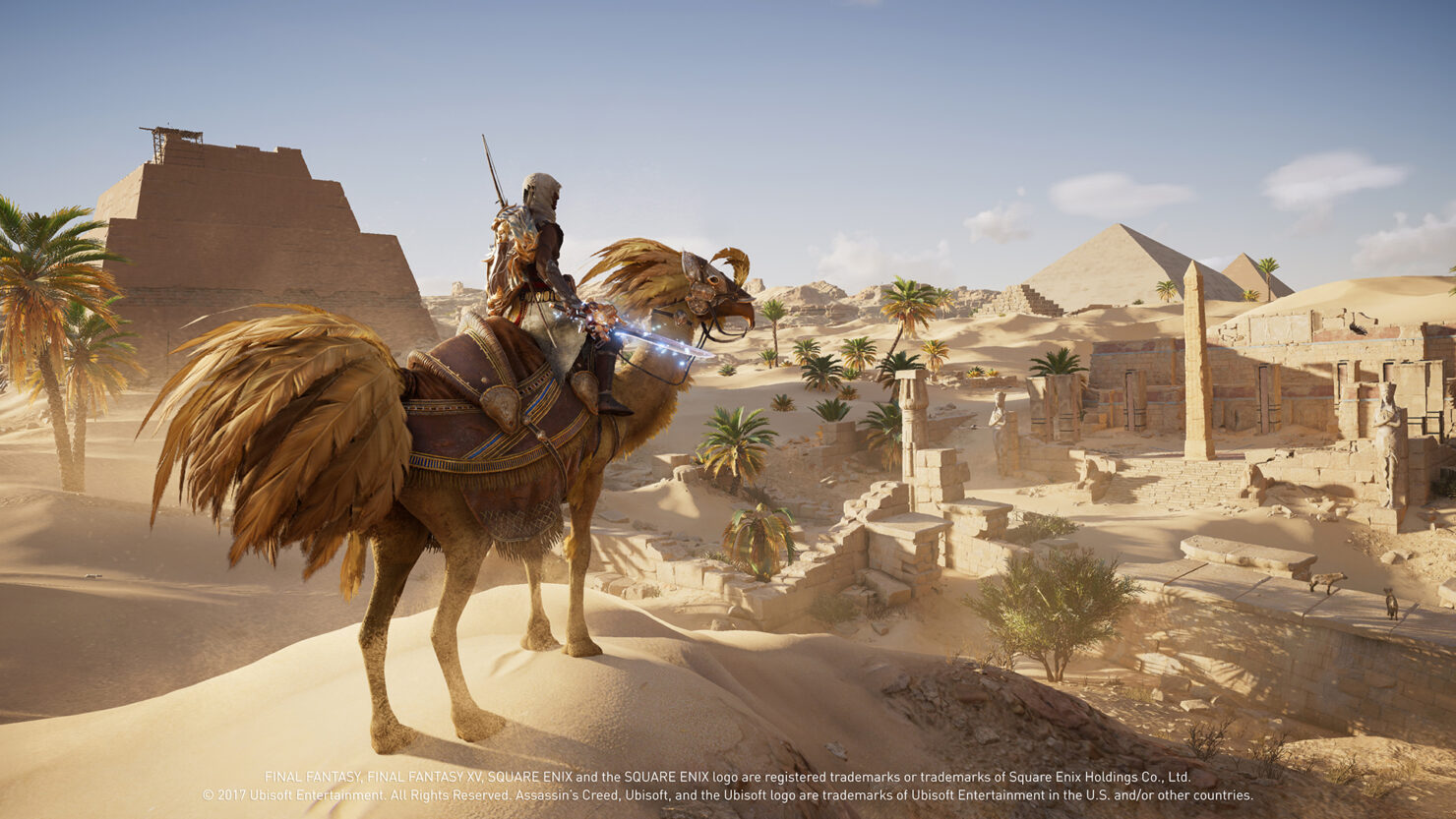 While the main content DLCs (those included with the Season Pass) haven't been released yet, Ubisoft did add new stuff to Assassin's Creed Origins recently, starting with a new Final Fantasy XV crossover quest. By solving a puzzle, you will be able to unlock two legendary items (Ultima Blade and Ziedrich Shield) and a Chocobo.

That's not all, though, as high level characters will be to tackle a Triumvirate of the Gods type of Trial, featuring Anubis, Sobek and Sekhmet.

At this Trials of the Gods event, we have a very special challenge awaiting you in Assassin's Creed Origins. During this week you can face all three gods: Anubis, Sobek, and Sekhmet!

You will be able to find each god where you previously did battle:

You can find out if a Community Challenge is occurring by going to the Ubisoft Club tab in-game during a Trials of the Gods event week.

The objectives this week are:

If the challenge is successfully met, all contributors will receive the Sunslayer Sword.

Trials of the Gods Rewards

Anubis, Sobek, and Sekhmet form the mighty trio we’re unleashing on Ancient Egypt this week. Together, they can drop up to three items from the Anubis gear set:

Whereas in previous weeks you could only get one weapon from the Anubis gear set, this week you will have a chance to earn three (if you don’t already have them)!

As with the previous trials, you will be awarded one item from the set you do not already own when you beat a god for the first time during the event period. If you choose to keep fighting the gods, you will continue to earn XP and Drachmas.

Once you receive a total of four items from the set, you will be awarded the Anubis outfit! Show your allegiance to the Lord of the Duat by equipping this impressive garb.

Trials of the Gods events will occur regularly in the future. They're meant to give new challenges to endgame players – but don’t worry if you are not yet at a high enough level, there’s no need to rush!

Continue enjoying the game at your own pace. All Trials of the Gods events will come back and rotate regularly, so you won’t miss out on this challenging activity or its unique rewards!