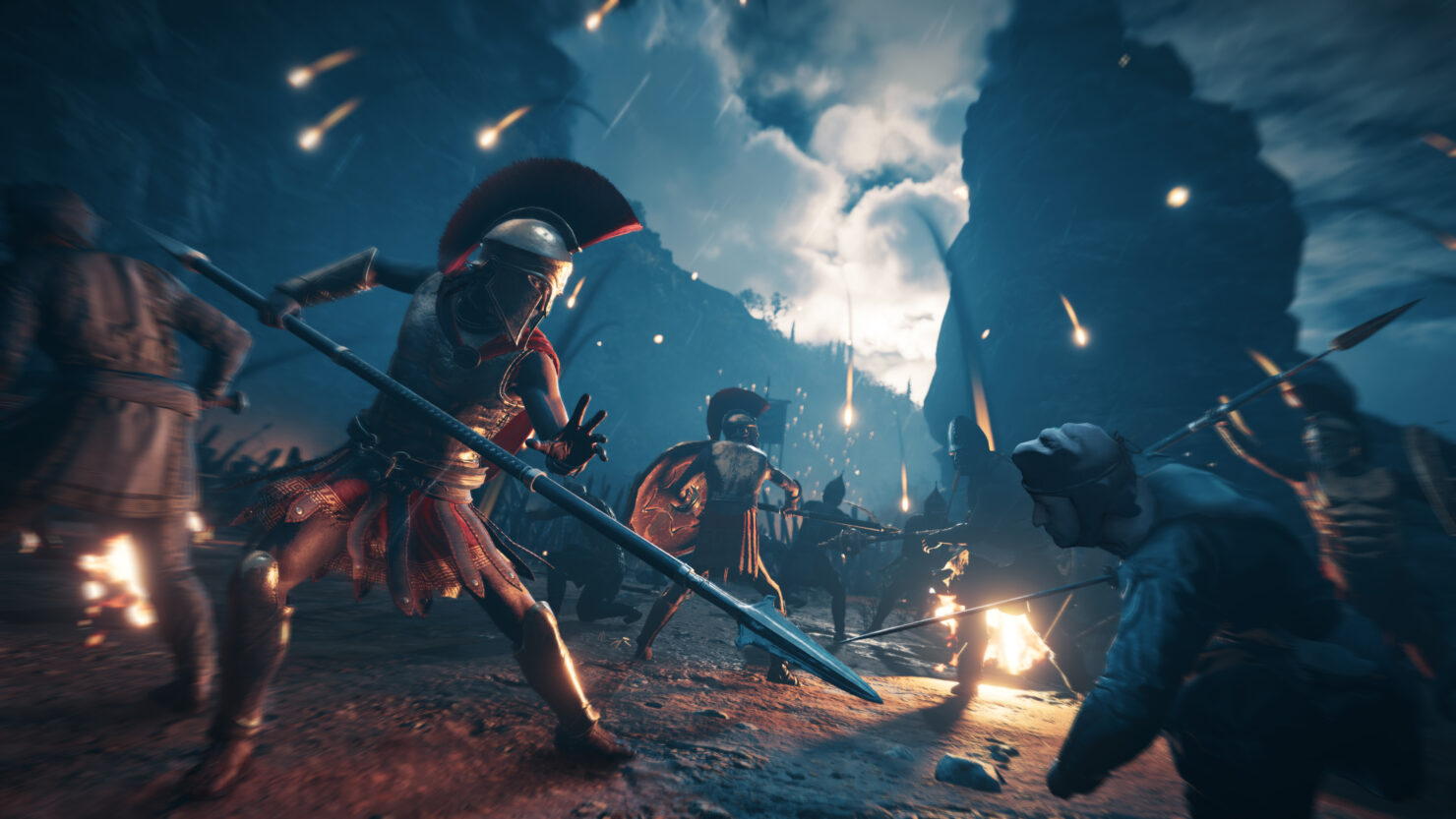 You can consider Assassin's Creed Odyssey a "true RPG", as Ubisoft now does too. In an interview with VG247, Senior Producer Marc-Alexis Côté said:

We try to make things have meaning. For better or worse, you will not have horse races for example. We’ve tried to make everything make sense in the life of a mercenary. It’s there for you, it’s built around this character and it’s there to add value.

The biggest new feature is the branching path that players can carve with their own choices in Assassin's Creed Odyssey, for the first time in the whole franchise. On this subject, Côté revealed:

When we started building Odyssey – I’ve been working on the franchise for what feels like most of my career now – one of the things that I’ve always felt that we’ve lacked – not to pass judgment on our past games which I’ve been a part of – we’ve lacked agency in these games.

Depending on what you answer, it may lead to an entire quest line down the road. We’ve taken the approach where we don’t tell you you’re about to make an important choice. We tell you at the beginning to be careful about the choices you make because they may have – we don’t promise anything – an impact.

We try to keep this very blurry so players are always looking for the consequences of the actions they’ve taken.

Assassin's Creed Odyssey is coming out on October 2nd and Rosh enjoyed his time with the Gamescom 2018 demo. Gaming Trend just posted a lengthy 4K gameplay video grabbed on PC, in case you want to see how the game runs.