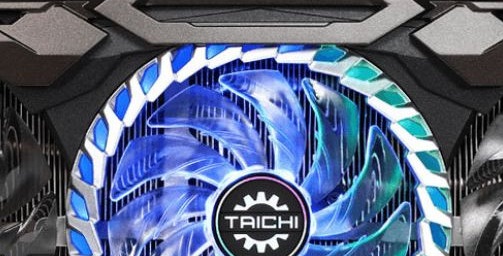 More AMD Radeon RX 6800 XT custom models have started to leak out and this time Videocardz has brought us pictures of the ASRock Taichi and Gigabyte Gaming OC variants. Both models are supplemented with custom cooling designs and non-reference PCBs which would allow for lower temperatures and also deliver a nice boost with their factory overclocks.

With the RDNA 2 'Big Navi' GPUs, we are seeing something that hasn't happened for AMD in a long time. Almost all major AIBs have showcased custom designs for the Radeon RX 6800 series lineup prior to launch which means that AIBs are very confident, not only of their own designs but also the 2nd Generation Navi GPUs that AMD has produced and supplied them. While custom solutions will be available a few weeks after the official launch on 18th November, there are reports that we will get to see pre-orders for these variants and more details such as clock speeds soon. So far, we've seen custom models from Sapphire, ASUS, MSI while PowerColor and XFX have teased their custom lineup.

The ASRock Radeon RX 6800 XT Taichi is an evolution of the first Taichi model we got to see on the Radeon RX 5700 XT Taichi graphics card. The card retains its triple-fan cooling solution and comes with a 2.5 slot form factor design. At the front, we can spot three fans with 11 fan blades each. The fan in the middle is slightly smaller which is due to the spiral RGB design that engulfs it entirely. The fans have Taichi logos in the middle and the whole industrial look of the card is very nice. 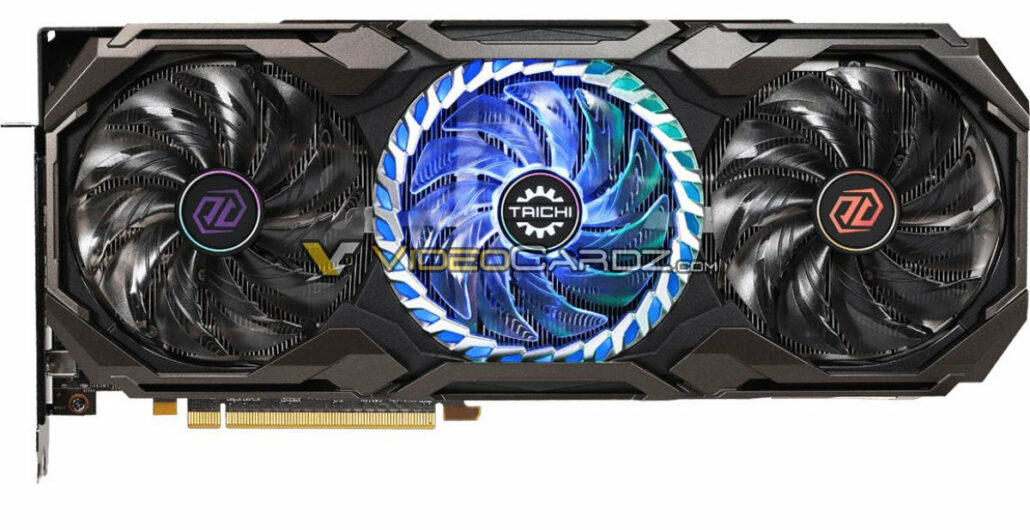 On the back of the card, ASRock's Radeon RX 6800 XT Taichi sports a full cover backplate with a dual-tone (brushed aluminum / matte black) color scheme. The card features the Taichi logo on the back which lits up with ASRock's Polychrome RGB feature. On the back, we can also spot a few very interesting features such as the dual BIOS modes which include P BIOS (Performance) and Q BIOS (Quiet). The card also lets users disable the LEDs through a switch on the back. 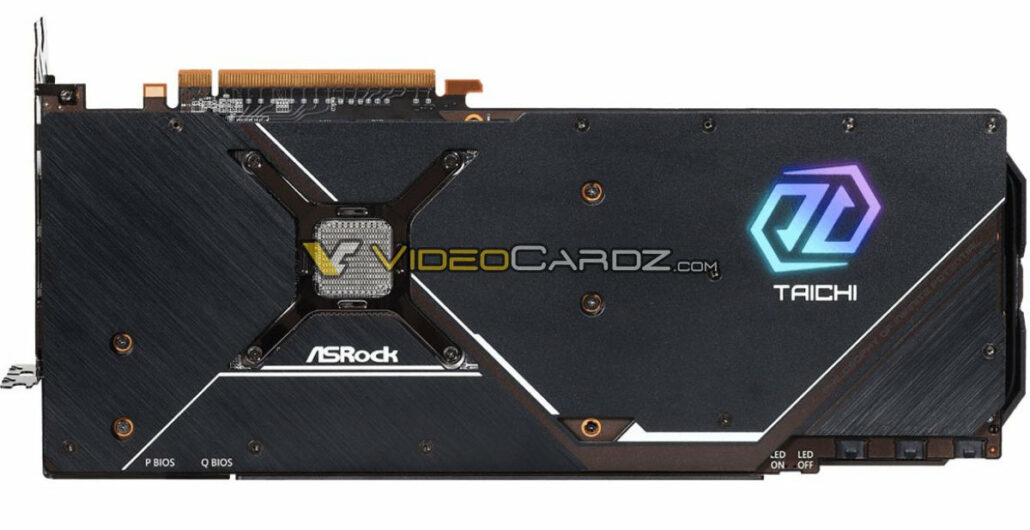 In terms of power, it looks like ASRock is going all out with a triple 8-pin connector configuration so we can expect the PCB and factory overclock to be mighty insane on this variant. Display outputs on the card include two DP, 1 HDMI, and a single USB Type-C port.

The Gigabyte Radeon RX 6800 XT Gaming OC comes with its Windforce 3X cooling system and features a 2.5 slot design too. The card features three fans with 11 fan blades each and has the plastic shroud on the front which retains a matte black color theme. We can expect the variant to rock a dual 8-pin configuration and feature a standard 1 HDMI, 3 DP display output configuration. 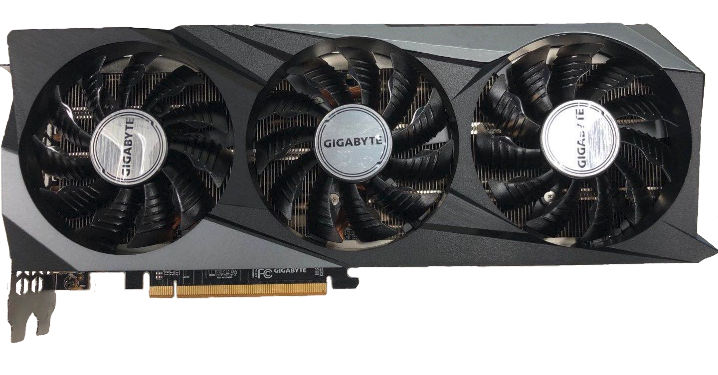 Those who want extra should wait for Gigabyte's AORUS lineup for the Radeon RX 6000 series graphics cards which would rock a more impressive cooling solution with all the flashy RGB LEDs, one can ask for.

Aside from the variants that were pictured, Komachi_Ensaka was able to spot a list of variants that ASRock is expected to offer within its Radeon RX 6000 series lineup including Radeon RX 6900 XT variants. Do note that AIBs are in early talks with AMD to offer the Radeon RX 6900 XT in custom variations and we have high hopes to see them offering top-notch design for the fastest RX 6000 series offering. Following are all the models that were listed at EEC: