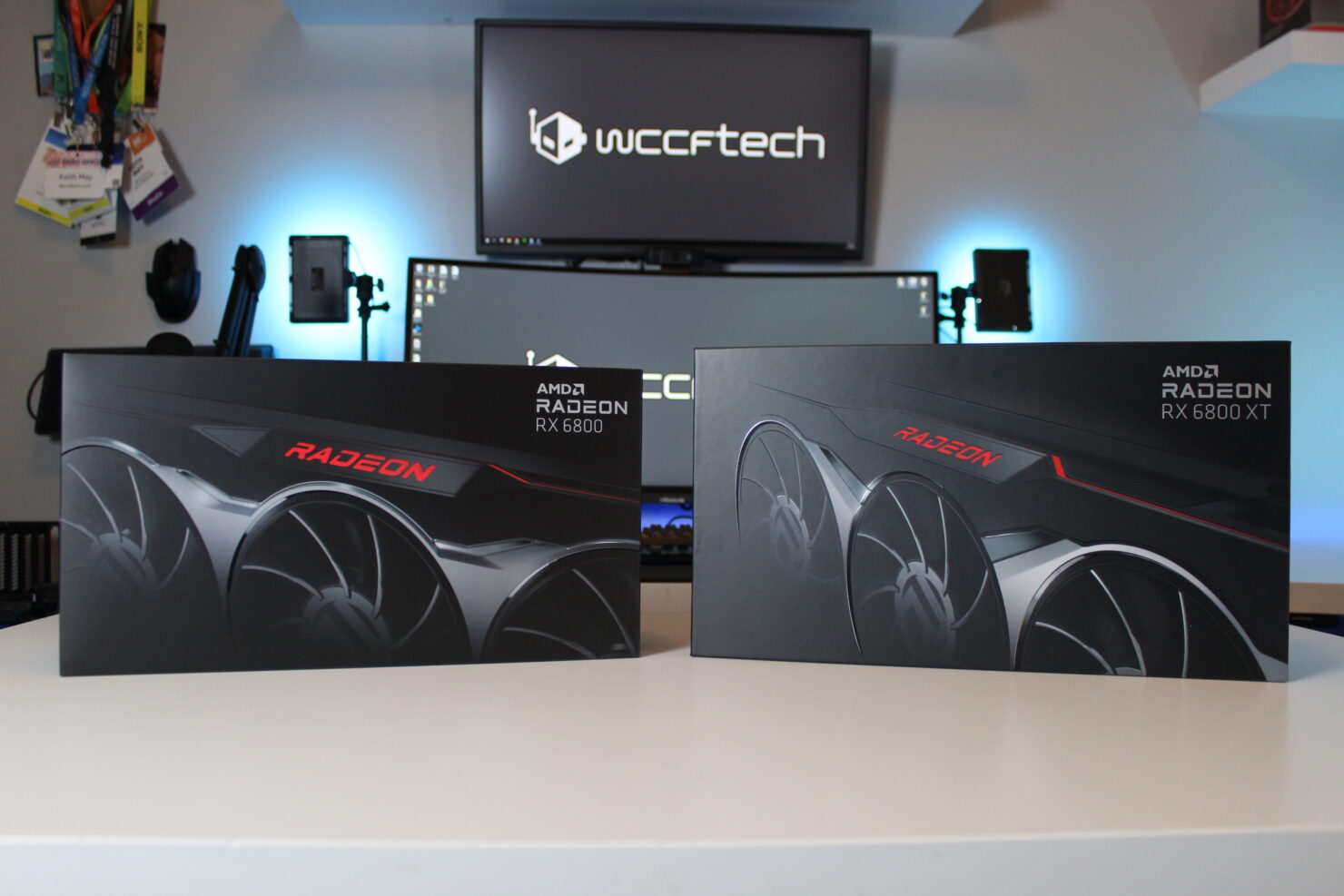 "Wait for Big Navi". That's what they said, for quite some time. We thought it was coming sooner but here it is. What was referred to for so long as 'Big Navi' is now known as the Radeon RX 6800 Series, plus the RX 6900XT but that's in a whole different category and now known as 'Biggest Navi'. We've got our hands on the upcoming Radeon RX 6800 Series in order to see what AMD was bringing to the table this generation. And while we can't discuss performance numbers or anything juicy like that today we can get a quick look at the cards themselves.

If there is anything I can commend AMD on this go it has to be the presentation. This is something that a lot of people don't consider but when you're shelling out well past $500 for a graphics card you want the red carpet treatment. While the RX 6800 presents itself in a bit less premium light the RX 6800XT lays it all out and lets you know you've made an investment.

The cards themselves are quite well built. Up until now I have been overtly partial to the build of the Radeon R9 295x2 and felt all the cards since then have had a uniquely 'less than premium' look and feel to them. That changes with the RX 6800 Series. These cards are hefty, solid, and very clean looking. If I had to gripe about anything it would be the big red ring around the outside. The cards have such a nice muted matte finish with just the right amount of flash on the chrome bits and then go put a big ol red ring wrapping the entire portion you'll see through the side window. Maybe clean that up and powder coat the rear I/O and you'll have the most stunning-looking reference design that AMD has ever laid out.

Comparing to the corduroy design of the RX 5700 XT They've clearly come a long way in making an attractive design that should appeal to more people than just the die-hard fans.  If you look closely you'll find a hint of a dent, although it looks much more natural this time.

Oh, and for those who want a close up on the back of the chip. 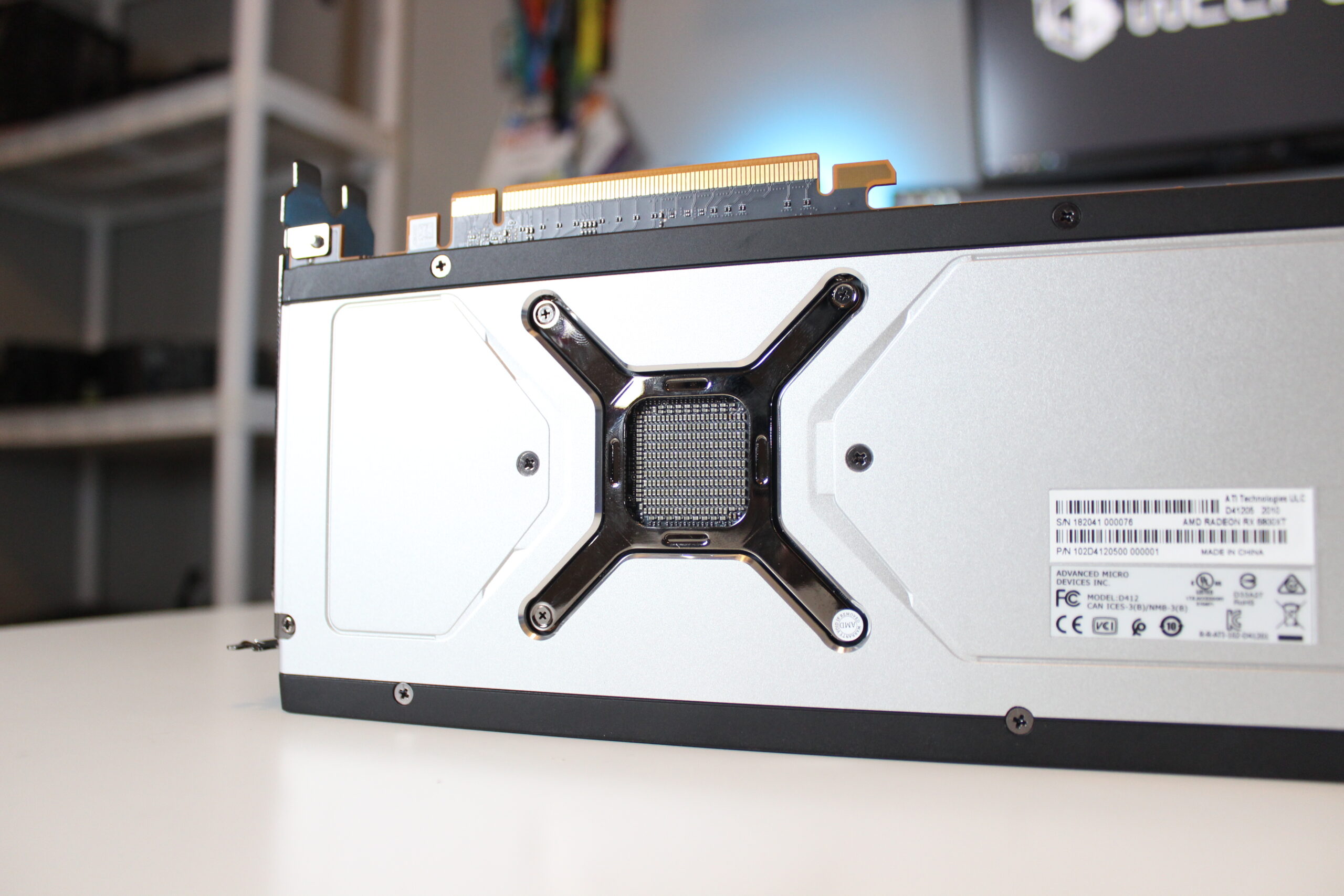 In terms of performance, the AMD Radeon RX 6800 XT is shown to compete against the GeForce RTX 3080 graphics card. The card features a 20W lower total board power & delivers better GPU performance in several AAA titles using the best API (Vulkan / DirectX 12). AMD is also bringing its Rage-mode back which is an automatic overclocking tool within its Radeon Software suite which delivers even higher performance along with a nifty new feature known as Smart Access. Gains of up to 13% were showcased with the said features as can be seen below.

The AMD Radeon RX 6800 will be featuring performance faster than the GeForce RTX 2080 Ti with smart access memory feature enabled. The graphics card will be ideally positioned against the RTX 3070 for just a $79 US higher price, yet offering much better performance and twice the memory of its main competition.

The AMD Radeon RX 6900 XT graphics cards will be available starting the 8th of December. The AMD Radeon RX 6900 XT is said to carry a price tag of $999 US and is expected to be a reference only model for this year unless AMD gives its AIB partners a greenlight for custom variants which may be in the plans. The RX 6800 XT and RX 6800 will be launching in the retail market on 18th November for $649 US and $579 US, respectively.