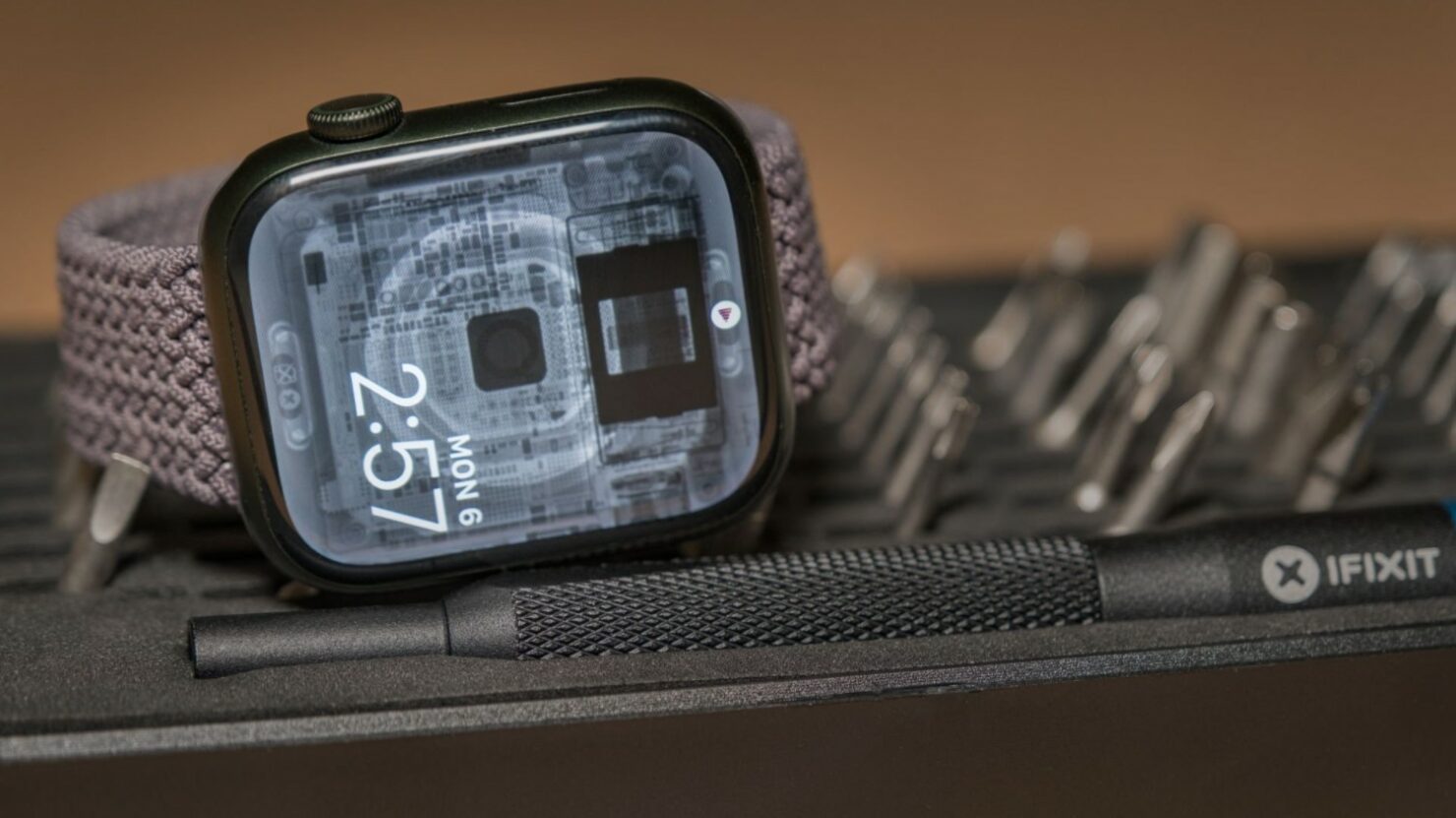 The Apple Watch Series 7 launched earlier this year and while we were expecting a redesign, Apple decided to make only slight changes. However, rumors have not given up on a redesign, suggesting that we will potentially see a boxier look and feel in 2022. iFixit shared its teardown of the Apple Watch back in October of this year and now it has released X-Ray wallpapers that show what the wearable is hiding underneath. Scroll down to read more details on the new wallpapers and if you can download them.

The new iFixit wallpapers of the Apple Watch Series 7 are available for all users to enjoy. However, these have been designed specifically for Series 7, showing the internal components of the wearable. Setting it as wallpaper on your Apple Watch would show how the device looks on the inside.

It seems that Apple Watch perfection is attained not when there are no more components to add, but when there are no more things to remove. On the Series 7, Apple didn’t launch a radical redesign, but instead removed a diagnostic port, consolidated display technology to remove a display cable, and made yet more room for battery power. We worked with three former Apple engineers on our Series 7 teardown to put those changes, and others, in context.

iFixit has shared the Apple Watch Series 7 teardown wallpapers for both 41mm and 45mm models. In the wallpaper, you can see the battery Taptic Engine along with some parts of the logic board as well as cables. Apple Watch Series 7 is a minor upgrade compared to the Series 6 but comes with a bigger battery, a new display, and much more, 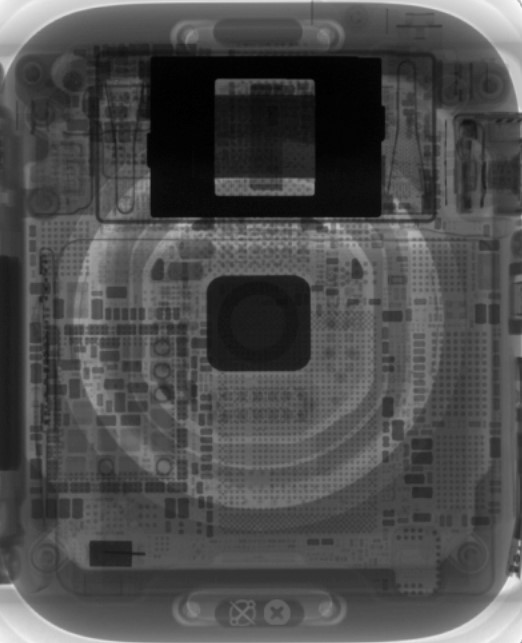 If you are up for it, you can download the latest Apple Watch Series 7 wallpapers from iFixit's official website. This is all for now, folks. Share your experience with us in the comments section below.

You Can Now Pre-Order the Apple Watch Series 7, Starting From $399