For starters, there is better support for both bikes and e-bikes, as far as workouts are concerned. Meaning the works out can start and stop whenever you are out there in the field. Additionally, there is also fall detection that will help you have an even better experience. These features are part of the new watchOS 8, which will make the Apple Watch.

Not just that, the buttons have been redesigned and are made larger that complements the new shape of the watch. Apple has done that to make it easier for you to tap the buttons faster. The Apple Watch Series 7 now has a full keyboard that uses machine learning for learning your texting patterns. 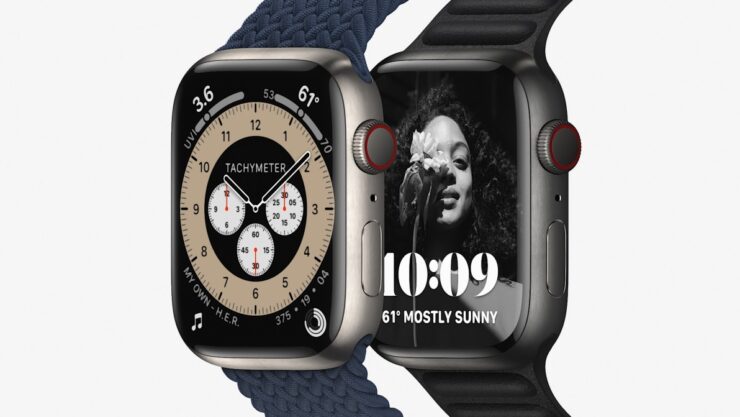 The watch also brings 33% faster charging speeds. This means that 8 minutes of charging will be enough for 8 hours of sleep tracking, and the Watch Series 7 will take 45 minutes to go from 0 to 80%. The new charging method is going to use USB Type-C Cable with a magnetic charging puck. 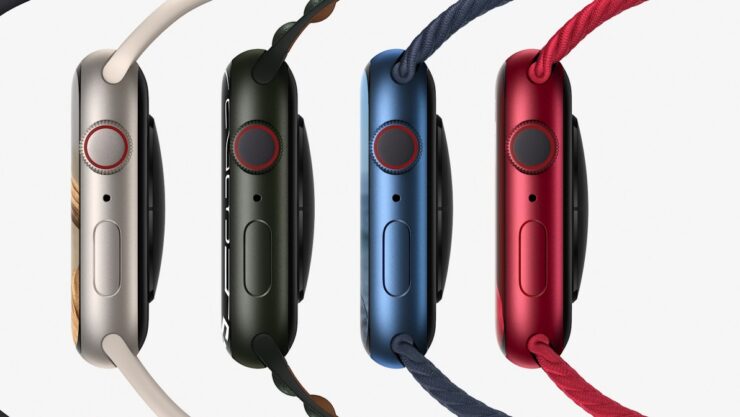 The Apple Watch Series 7 starts at $399, will be running GPS, ultra-wideband support, Bluetooth, dual-band Wi-Fi, and wireless charging support. You are going to be getting the watch with watchOS 8 out of the box.

Last but not least, the Apple Watch Series 7 is going to be available in 5 new aluminum case colors including midnight, starlight, green, and a new blue and (PRODUCT)RED. The Watch will be available in 41mm and 45mm variants.