According to Apple, the Series 7 features a 20 percent bigger screen than the Apple Watch Series 6. Apple managed to make the screen bigger by reducing the size of the bezels. This made the screen bigger and curve to the sides or edges. While Apple has shared a side-by-side comparison on its website, it does not take into account how it would look in the real world. A new image has been shared on Twitter that aims to show how big the screen really is.

As can be seen in the image, the screen size of the Apple Watch is noticeably bigger on the Series 7 compared to the Series 6. The case size is also bigger on the new model but the change is negligible. Apple has molded watchOS for the bigger display of the new model which now comes with bigger buttons and a full-sized qwerty keyboard. 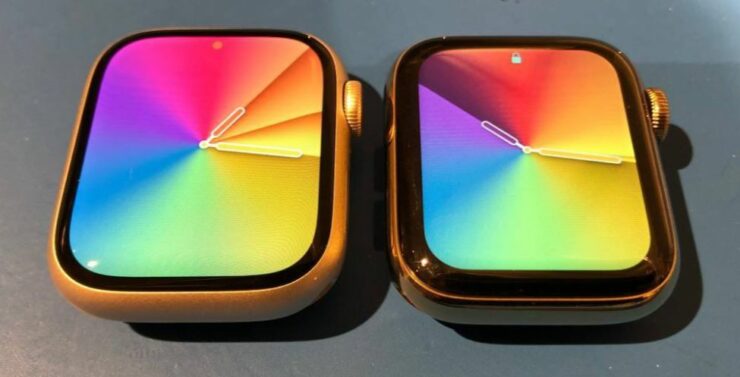 The Apple Watch Series 7 is a very capable device and now features faster-charging speeds and enhanced durability. We will share more details on the wearable as soon as we have further information.

This is all for now, folks. Are you looking to buy the new Apple Watch based on the bigger screen size? Let us know in the comments.