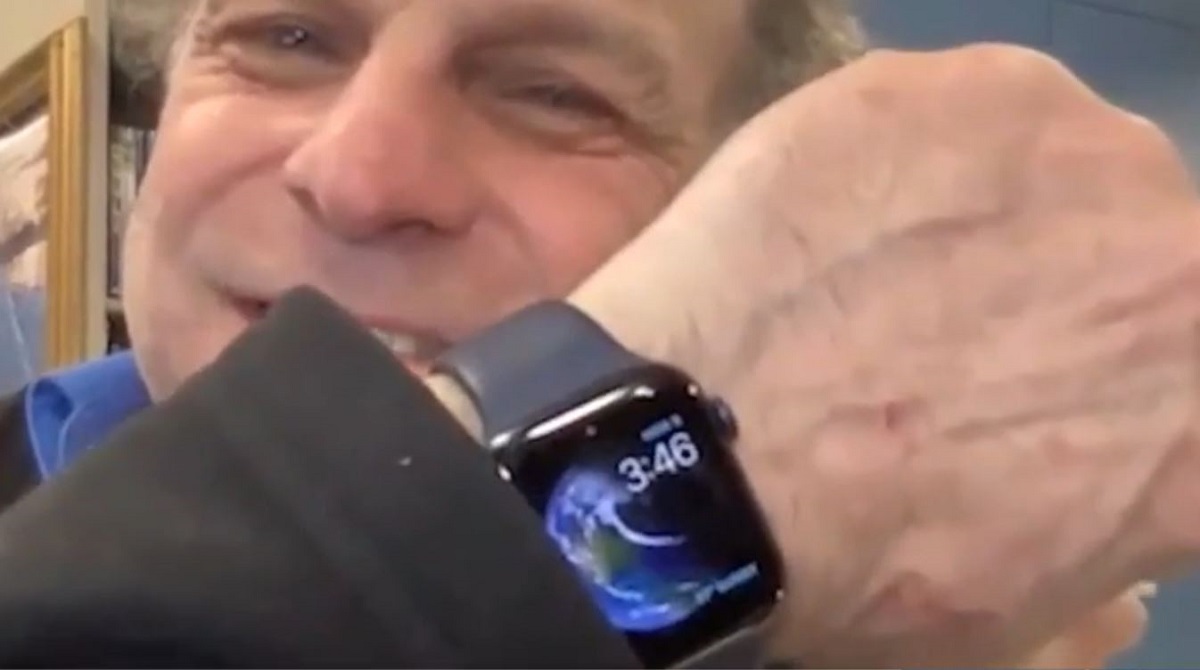 Apple never seizes the opportunity to add a new health feature to the Apple Watch. The wearable is pretty capable in this regard and it is trusted by many as their go-to health and fitness equipment. It not only tracks your fitness routine but also packs nifty tools that come in handy when you most need them. According to the latest, the Apple Watch saved a man's life who fell through the ice in Somersworth, New Hampshire.

All Thanks to the Apple Watch, Roger Was Able to Call Emergency Services Which Saved His Life

This is not the first time that we are hearing a story about the Apple Watch saving someone in distress. We have heard countless times how the Apple Watch predicted medical conditions before the illness was brought forward by doctors. However, today's story is about William Rogers, who fell through the ice on Sunday. If it wasn't for the Apple Watch, things could have gotten a lot worse for the man.

It was reported by the local TV channel WMUR that Roger has been teaching ice skating for a long time. Nonetheless, the man fell in the Salmon Falls River in Somersworth when the ice broke. Roger stayed in the water for several minutes and couldn't come out of the hole. He tried not to panic and describes the sinking feeling into the ice-cold water as "terrible."

“First thing I did was try to walrus up on the ice knowing that I needed to get out of the water as quickly as possible and the ice just kept breaking underneath me,” Rogers said. No one was around and he couldn’t reach his phone. He was in the water for several minutes as hypothermia started setting in. “I remember telling myself, ‘OK, don’t panic. Don’t panic. Figure out what your options are here,’” Rogers said.

The man could not reach his phone due to his condition and then made use of his Apple Watch and dialed 911 that saved his life in the end. He told them that he had probably 10 minutes before he would not be able to respond anymore. Luckily, it took the firefighters only five minutes to reach the man in distress.

“I’m really grateful for them. So, thank those folks. I thank them,” Rogers said. “(He) kept his wits about him. He remained calm and he did what he had to do to ensure his survival,” Chief George Kramlinger of the Somersworth Fire Department said. This time of year, firefighters say going on ice is a gamble, especially over rivers. “It’s just really a dangerous situation getting on the ice and like I said, at this point, no ice is safe,” Kramlinger said.

All thanks to the Apple Watch, the firefighters came at the right time and Roger survived falling into the ice-cold water. Things could have gotten a lot worse if the Apple Watch was not there for assistance. The Apple Watch also houses a nifty feature called Emergency SOS. The feature automatically calls the local emergency number if it detects a sudden fall. You can also ask Siri to do it for you.

That's all for now, folks. Share your views with us in the comments section below.