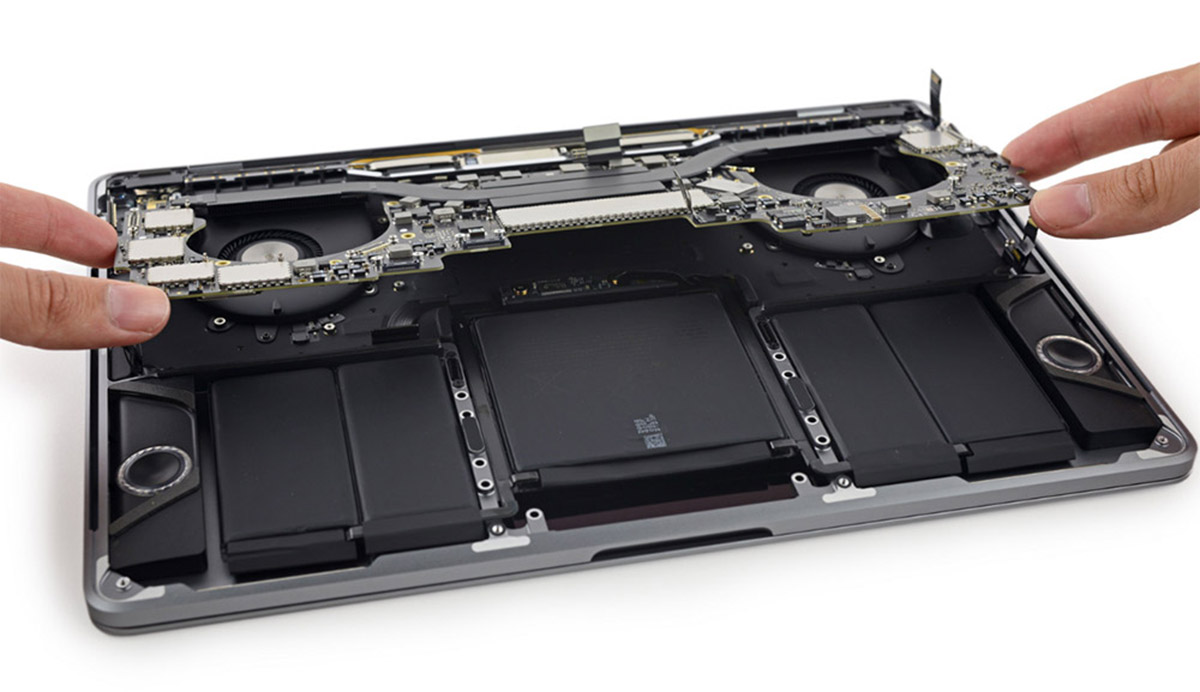 For a company like Apple, providing after-sales service coupled with ‘top of the line’ technical support is one of the many pillars which make the brand so popular, despite the fact that customers need to pay ludicrous sums of money. However, its position is slowly being threatened, according to the last tech support showdown ratings.

Apple Obtained a Score of 91 out of 100, but It Is Slowly Being Followed by Razer

Laptop Magazine recently conducted a survey to find out which company offered the best technical support. The final results were based on telephone queries and online responses. With a stellar score of 91 out of 100, Apple emerged as a clear-cut winner.

The iPhone maker was asked a host of questions, such as turning off automatic updates and switching office the MacBook cameras and per the magazine, the AppleCare team responded appropriately. The phone staff took 6 minutes and 40 seconds on average to answer queries and was able to solve all the queries. Compared to 2018, the company took 37 percent less time to resolve queries. On the web front, the publication says it’s better to use the live chat option or go to Twitter instead of turning to Apple's article database.

The second spot was secured by Razer with a score of 88, which means its catching up with Apple. The company was hailed for providing a swift response on social media as well as via live chat. Razer's forums are also said to be full of knowledgeable advice, making it simpler for users to find quick answers for whatever problems they are facing. 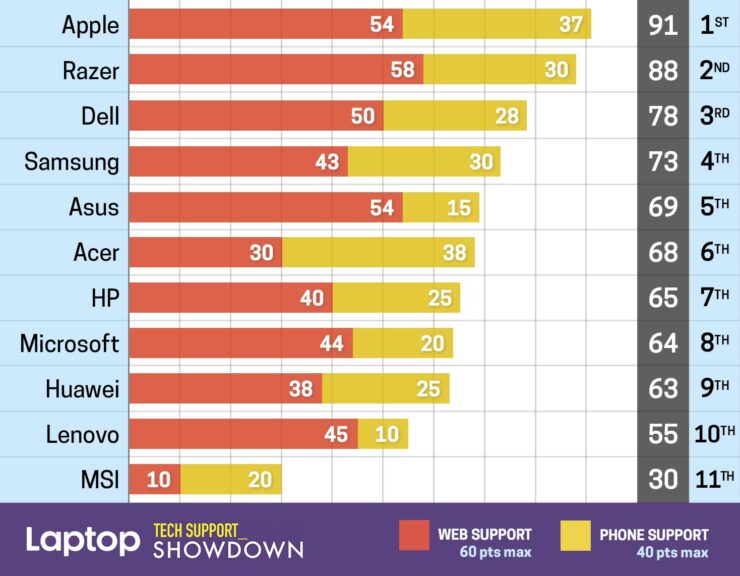 Dell (78), Samsung (73), and ASUS (69) rounded out the top five, but it needs to be said that there were some disappointments, according to the survey. Samsung phone agents were criticized for not possessing sufficient knowledge concerning company notebooks and the live chat was full of misguided answers or even misinformation. Social media teams, however, are said to deliver fast and accurate responses with follow-ups and simple instructions.

It is surprising that MSI obtained the lowest score, despite the fact that the Taiwanese company produces high-quality gear at reasonable prices, the company's tech support has actually gotten worse. Laptop Magazine stated that MSI’s website was frustrating to navigate, with social media support being nonexistent. MSI’s phone support might have been speedy, but it was accurate only half the time.

Apple has reportedly found a way to increase customer satisfaction thanks to providing MacBook, MacBook Air, and MacBook Pro keyboard repairs at the company’s official outlets. Alongside providing the best-in-class technical support, customer support is another area Apple is achieving to remain unrivaled, even though its competitors are slowly creeping towards the top.