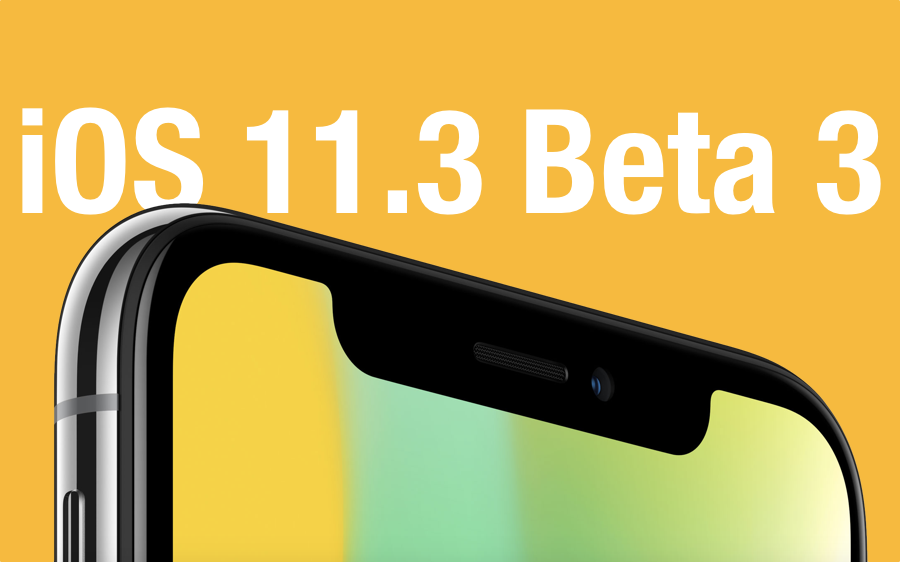 Right on time. Apple has released iOS 11.3 Beta 3 for developers with an iPhone, iPad and iPod touch. We'll show you how you can update your devices over the air right away.

iOS 11.3 Beta 3 Arrives with Bug Fixes and Other Small Changes - Download it Today

With the release of iOS 11.3 Beta 2 last week, the company added the much-awaited Battery Health feature to its mobile software along with other changes under the hood. While it's way too early to speculate what iOS 11.3 Beta 3 brings to the table, but the early changelog suggests that the update is nothing more than a bug fix and performance enhancing release. This also means that you should download the update immediately as it will make things as stable as possible as we move towards the final release.

1. Connect your iOS device to a WiFi network. Also make sure you have more than 50% of battery life otherwise the installation won't go forward.

2. Go to Settings > General > Software Updates on your iPhone, iPad or iPod touch on which the iOS 11.3 Beta is installed.

3. Wait for the page to refresh. As the beta shows up, tap on Download and Install.

If you aren't aware, you have to pay Apple in order to access developer beta software. But thankfully, you have the option of trying out stuff for free as well. This involves the process of signing up as a beta software tester with Apple after which the update will be pushed to you over the air. You can read more about it by going here.

iOS 11.3 is a big release in terms of features as it adds quite a bit of new stuff. This includes the Battery Health feature, Messages in iCloud and more.

If there is anything noteworthy in this release, we will definitely highlight it for our readers. In the meantime, make sure your device is fully updated to the latest release if you wish to bring more stability into your every day usage.