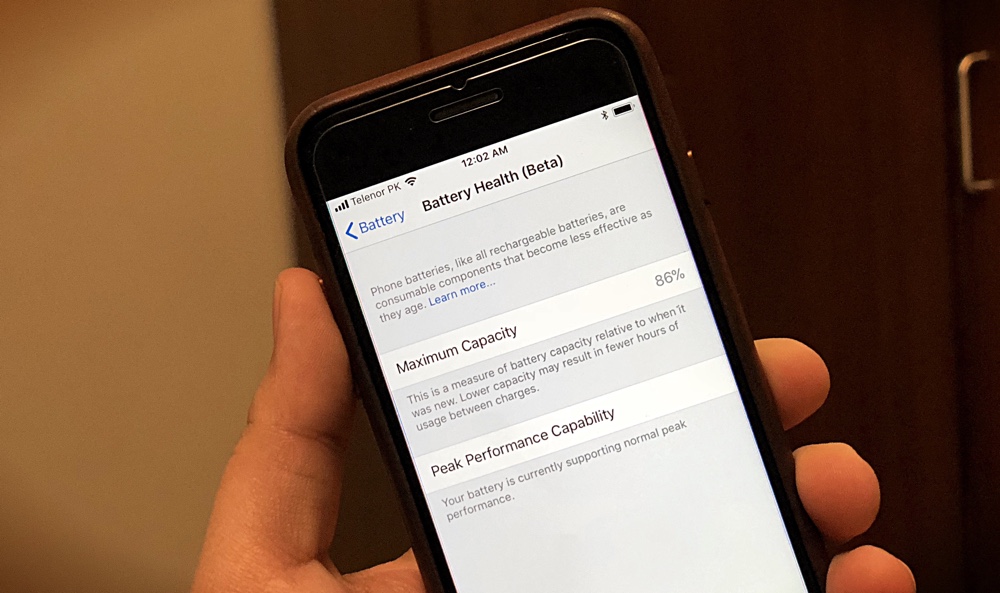 As promised by Apple, iOS 11.3 Beta 2 includes a new feature in the Battery section of iOS called 'Battery Health.'

Battery Health Makes its Debut in iOS 11.3 Beta 2 - The Feature itself is Currently in Beta

When the lawsuits started to pour in, Apple finally caved in and promised that a 'future' iOS release will add a new feature allowing users to look into their iPhone's battery health. iOS 11.3 Beta 2 is that update, and the newfound feature can be found under the Battery section of the Settings app.

The Battery Health section is extremely simple to go through and understand. Once you dive into it, you'll see the total capacity of your device's battery. If it's at 100% then you're absolutely golden. If less, then of course your battery is running its natural deteriorative course. But that's not all, this section will also show you whether or not you are being throttled or not. It's everything which Apple promised and since this feature is in beta, we're certain that down the line things will improve by a huge margin.

Currently, our iPhone 7 is showing a maximum capacity of 86%. Oddly enough, according to the data that we are seeing, we aren't being throttled at all. And even if we are, there's no switch to disable throttling just yet. Obviously, we will learn more on how this app works as we move forward.

If you have an older smartphone, like an iPhone 6 or iPhone 6s, it's best to try out this feature right now and see what you'll get. We will, of course, test this on more devices and see the results which we are going to get. Also, if you like, you may share your results with us in the comments section below too.

How to Download iOS 11.3 Beta 5 for Free Right Now on iPhone or iPad