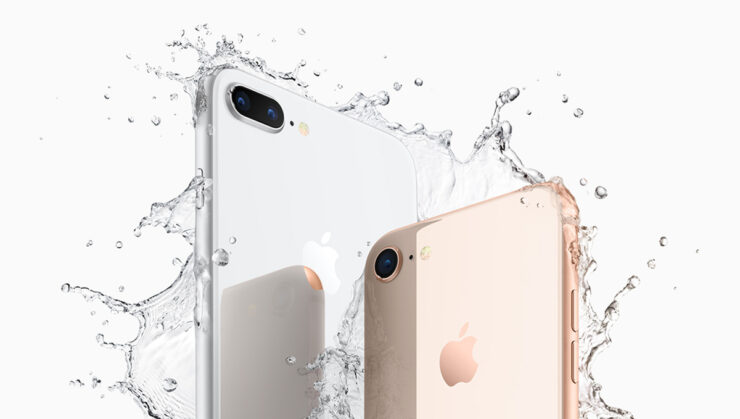 As Qualcomm and Apple’s legal battle continues, the Cupertino giant is now trying to work out ways to continue its business in various countries without being affected by any related rulings. Case in point: back in December, a court in Munich, Germany ordered Apple to stop the sales of the iPhone models that use Intel and Qorvo modems which violate Qualcomm’s patents. The ban affects all the variants of the iPhone 8 and iPhone 7, as well as the iPhone X, but the latter is not sold in Germany any longer anyway. To circumvent the ban, Apple is now modifying the iPhone 7 and iPhone 8 models that will be sold in the country in the future.

The phones in question apparently infringed on an envelope tracking patent. The envelope tracking technology makes smartphones more power efficient and was introduced by Qualcomm back in 2013. To continue the sales of the iPhone 7 and iPhone 8 in Germany, Apple is reportedly making modified units with new chips. If reports are to go by, the new devices will be available in four weeks.

The infringing components were apparently supplied by Qorvo to Apple and it remains to be seen what chipset will replace those. Although Apple itself has not confirmed this report, dealers in Germany have reportedly already received a list that contains the model numbers for the updated versions of the iPhone 7, iPhone 7 Plus, iPhone 8, and iPhone 8 Plus. This will not just enable Apple to continue selling its phones in Germany; it will also not have to pay any patent licensing fee to Qualcomm.

Previously, a court in the U.S. had also discovered that Intel chips used in iPhones infringe on a Qualcomm patent but the sales of the smartphones were not banned in the wider public interest. Currently, the only iPhones available on Apple’s German website include the iPhone XS, iPhone XS Max, and the iPhone XR. Analysts still believe there’s a slim chance Apple will continue to use Qualcomm’s baseband modems for 2020 iPhone series.

Since the chipset manufacturer is the market leader when it comes to cellular modems, and because Apple is seemingly disappointed with Intel’s progress on 5G modems, the technology giant will have no choice but to rely on Qualcomm in the future.