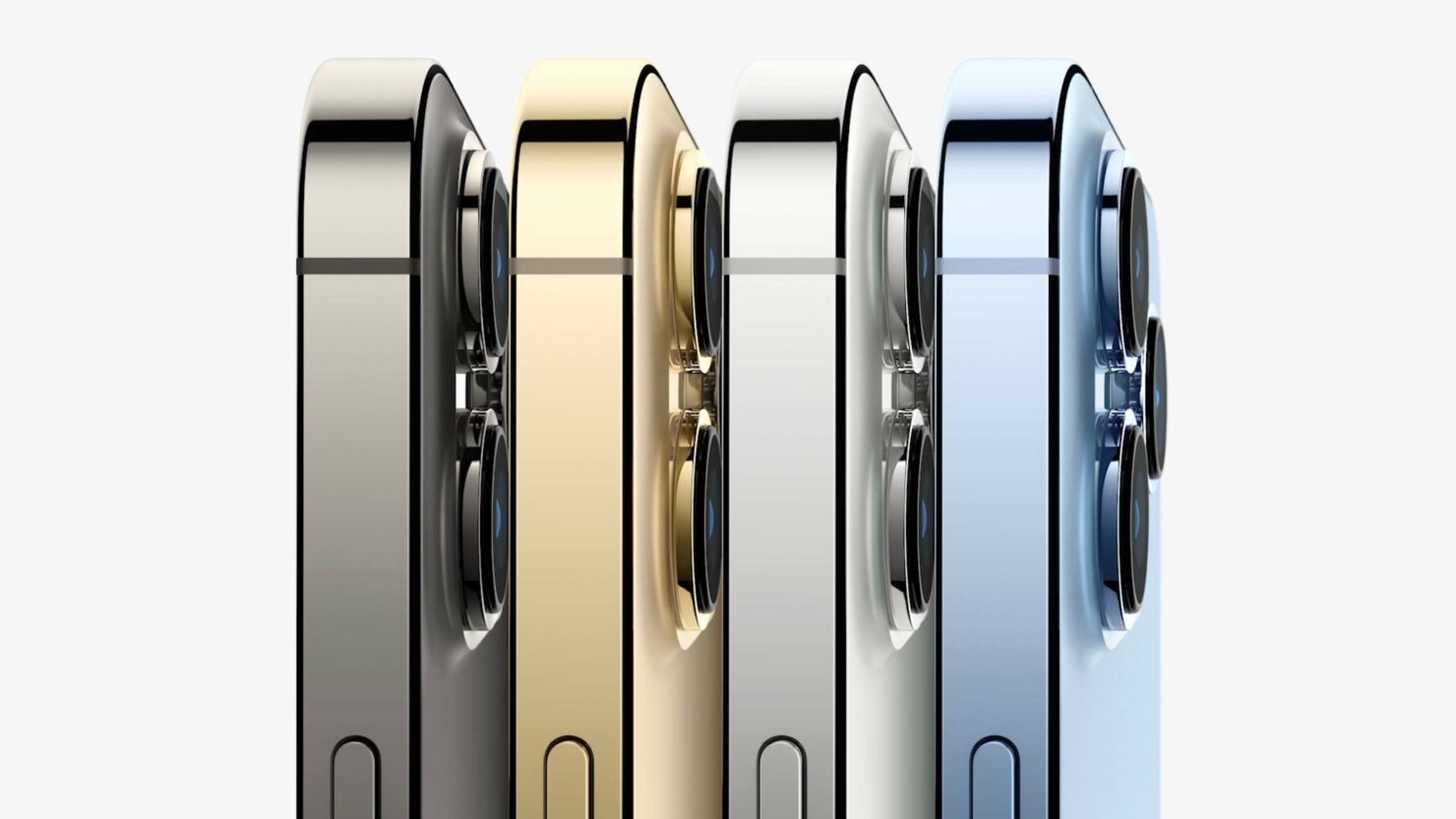 We continued to hear negative reports concerning Apple’s inability to sell as many iPhones as it did some years ago. Despite critics not letting up, the California-based giant pushed on and according to a new report, has sold 2 billion iPhones. Now that is an achievement.

Apple’s iPhone Lineup Is Even More Diversified in 2021, With the Company Targeting Various Pricing Brackets

Shortly after the iPhone 13 series’ announcement, Apple introduced price cuts for certain models, while discontinuing others. Some years ago, the company did not have a solid iPhone lineup that targeted various pricing levels for different customers. It only launched pricey handsets that were meant for those that wanted the best of the best in a smartphone and were able to pay for it. Luckily, Apple quickly realized that there is extra money to be made by recycling older parts while presenting customers with a new model with an incredible price-to-performance ratio.

After this realization, the 2020 iPhone SE materialized for $399, which is the cheapest offering the company has at this time and before its competitors can catch a breath, Apple will reportedly launch the 2022 iPhone SE with a chipset upgrade, 5G support, all the while sticking to the same iPhone 8 chassis. However, we are scratching our heads as to why Apple did not publicly announce that it had sold 2 billion iPhones. It is a significant achievement for the company. Well, Asymco’s Horace Dediu has something to say about that below, along with some additional analysis.

“Just recently, the 2 billionth iPhone was sold. Unlike the 1 billionth, there was no announcement, no celebration. Partly this is because Apple stopped reporting unit shipments, but partly it’s because it’s not as interesting to talk about 2 billion as it is about 1 billion. There is a desensitizing when numbers get that big. What happens after you achieve the status of the most popular and valuable product of all time? How much more better can the world absorb?

Before we answer, let’s reflect on how it’s going. The iPhone is doing better than ever.

There are more than 1 billion iPhone users. The total number of users has been rising steadily. iPhone users make up about 26% of all smartphone users (3.8 billion is the current estimate). The share of users in the US is about 60% (or soon will be.) The share in UK is close to 50%. All these share numbers are higher than ever. Over 14% of US and 10% of UK survey respondents have switched to an iPhone in the past two years. The following graph shows how churn is boosting iPhone market share in terms of users.” 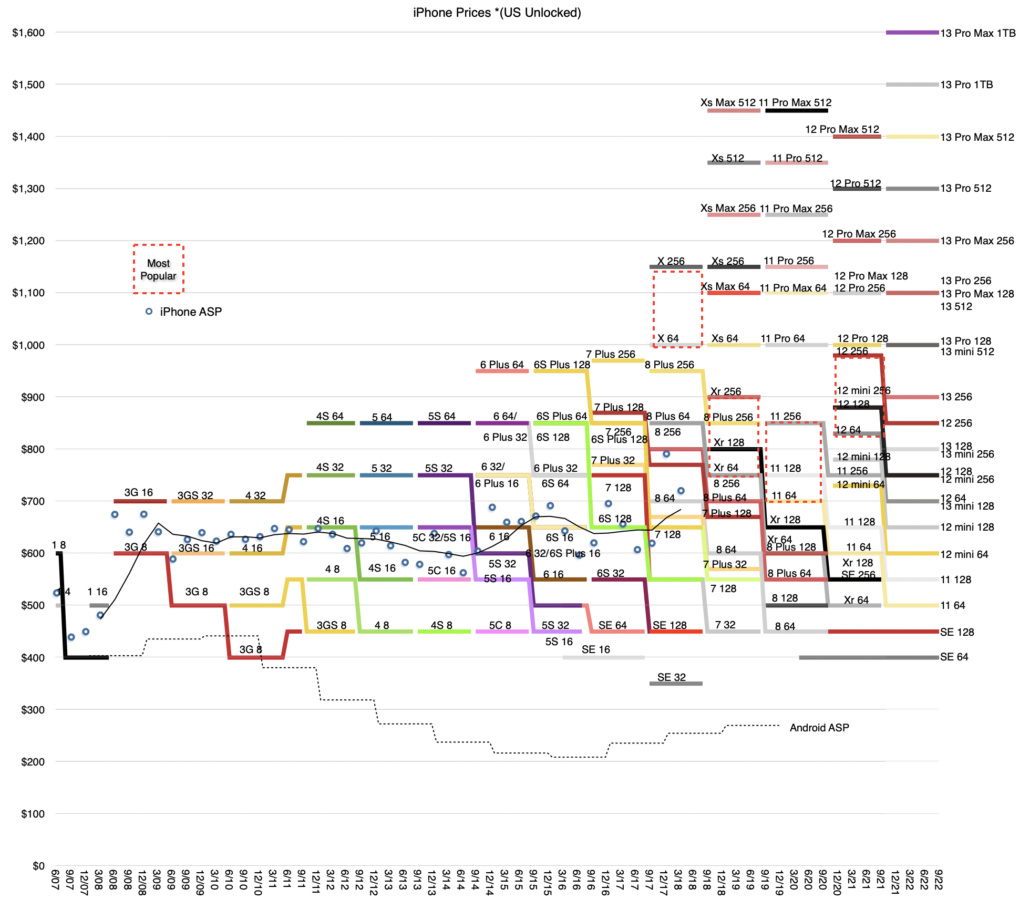 Dediu also believes that the iPhone 13 will set up demand that did not exist yet because Apple continues to provide users with features they did not know they needed.

“The latest iPhone 13 is, in my opinion, the most important iPhone ever. It creates the perception of what a phone should be and it sets up the trajectory for demand that did not yet exist. It’s facile to think that the utility of an ok older phone is good enough. That assumes that we are satisfied with ok messaging and ok apps. With ok photos and ok video. With no wide angles, no nightmode and no macro photos. What the iPhone has shown however is that the demand for performance can be nudged up.

We did not ask for rack focus, post-production focus (!), night mode, macro photography and portrait bokeh. But once we have these features we begin, ever so slowly, to use them and then we start demanding them. Conversely it seems that what people mostly ask for—that is what the critics ask for—are extrapolations of existing features. The “faster horse” dilemma.

What makes the iPhone and perhaps Apple special is that it seems to deliver things that nobody asks for but then everybody wants while eschewing overshooting a performance dimension that a few demand but most won’t use.”

Your previous-generation iPhone will be good for several years, but Apple continues to push the boundaries in the features department, despite introducing minuscule design changes to its latest flagship smartphone series. Additionally, the company’s cross-platform support across various devices helps users gravitate to Apple products over and over again as it brings convenience in a variety of situations. Perhaps competitors will recognize this formula and introduce a competing ecosystem. Only time will tell.

With the iPhone 13 announced, you can check out initial unboxing videos, and reviews below so you know which one to get.