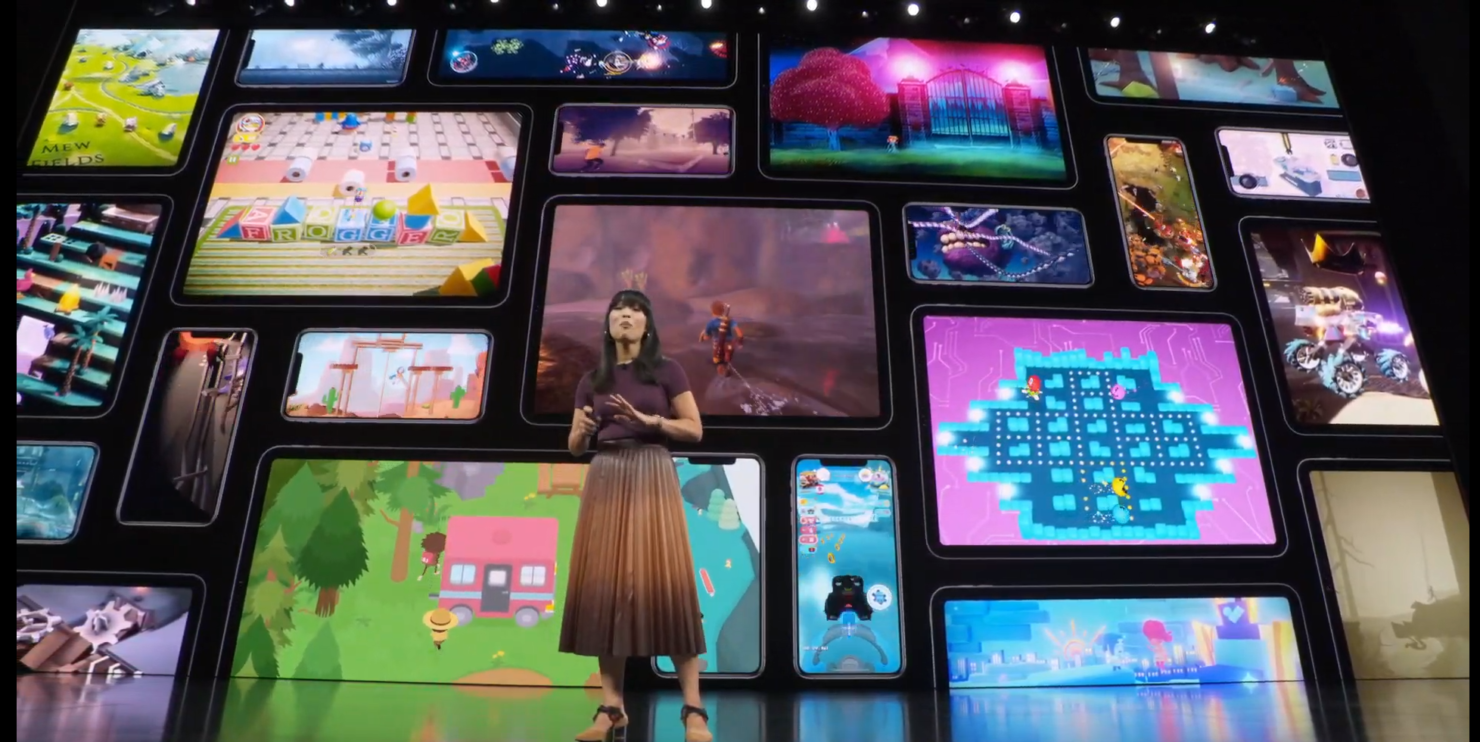 Apple today announced Apple Arcade, it's game subscription service that will feature over 100 new and exclusive games. It will include original releases from renowned creators Hironobu Sakaguchi, Ken Wong, Will Wright and dozens more. Apple Arcade will allow users to choose from a selection of over 100 titles without having to pay for each one individually. Today, Apple also showed some demos of Arcade exclusives from Konami called Frogger in Toy Town, an all-new title called Shinsekai: Into The Depths from Capcom and Sayonara Wild Hearts from Annapurna interactive.

Apple Arcade will even let users share one subscription across a family of up to six users instead of making users opt for individual plans. Some of the features we do know about Apple Arcade is that it’ll let you play on all your devices, including an iPhone, iPad, Mac, and Apple TV. Additionally, Apple Arcade titles will be downloaded rather than streamed to machines and can be played in offline mode without a server connection. Every game includes access to the full game. That includes all game features, content and future updates. Every game will be playable offline, and compatible games will offer support for game controllers. Users can even pick up where they left off in a game, even if they switch devices.

Some of the titles that will be available upon release will include:

Apple Arcade will be available in over 150 countries starting September 19th Starting at $4.99 per Family.