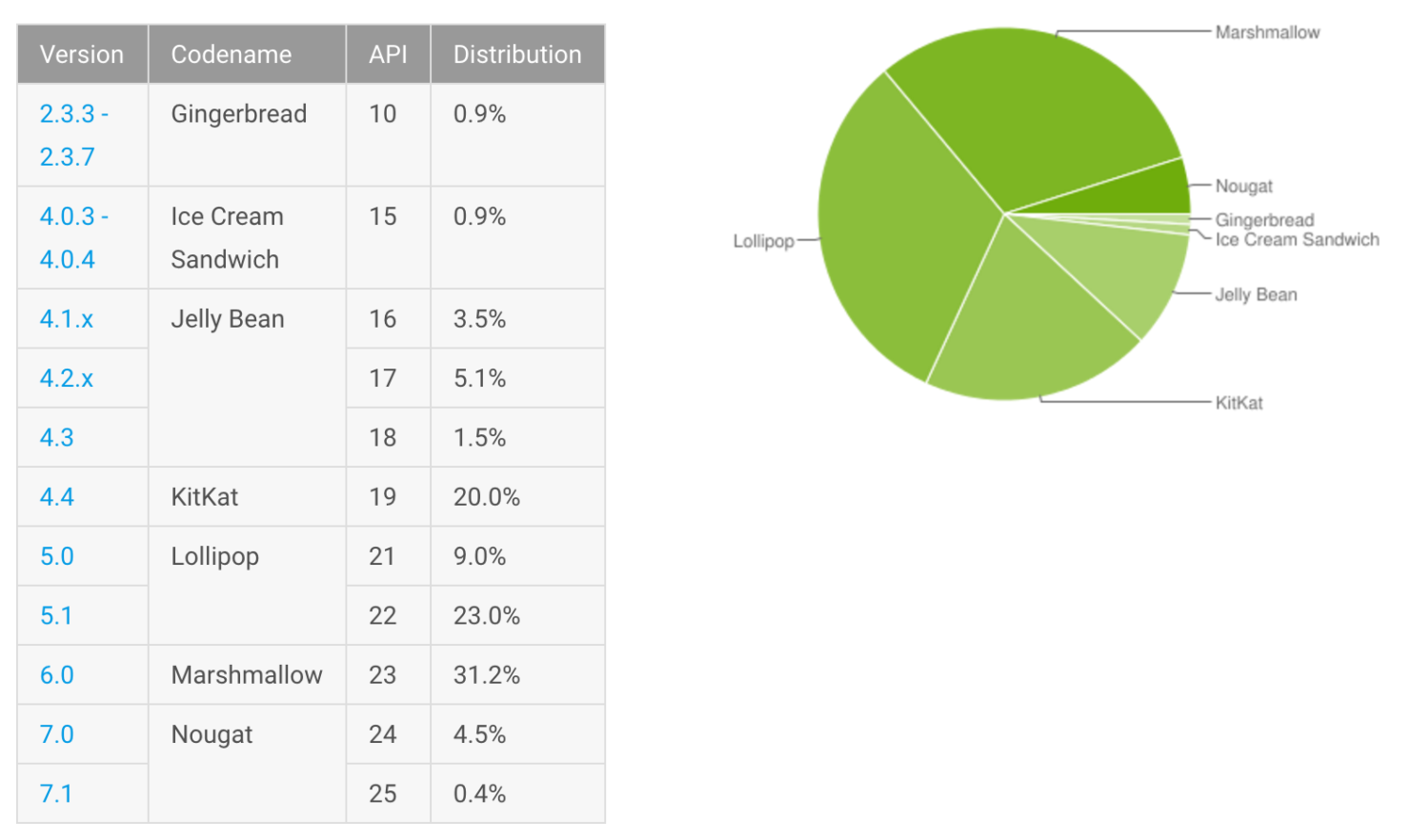 Android Nougat experienced some visible growth in March as April's distribution numbers confirm that several more devices have now been updated to the latest version of the world's most used operating system. We have been reporting that (finally) even the 2-year old devices have now started to receive the latest version of the Android operating system. With Galaxy S8 and S8+ along with flagship devices from Sony, LG and others coming to market with Nougat installed out of the box, we will see better numbers in the coming months. But considering it's Android, we don't expect to see Nougat share leading the distribution charts anytime sooner than another year and a half.

Almost six months since its official launch last year and Google's Android Nougat is still lagging behind Marshmallow and Lollipop, with later having the largest market share in Android ecosystem. Gingerbread and Ice Cream Sandwich still appear in the charts, having less than 1% share each. Google releases these numbers based on Android devices that access the Play Store during a seven-day period.

Kantar: Android Remains Ahead Of iOS In Market Share, Massive Push In China

There are no shockers when it comes to adoption of Android's latest versions, however. Google may have managed to lead the OS market by taking over even the forever-dominant Windows, but it still has a long way to come up with a solution to fragmentation. According to data collected during a seven-day period that ended on April 3, Android 7.0 Nougat jumped from 2.4% in March to 4.5% in April. Android 7.1 is still stuck at 0.4% as not many OEMs have started to release the update to their devices.

In the next 3 months, more devices are expected to be upgraded to Nougat and as this year's flagships arrive in the markets, we will be seeing Nougat getting a better share in the market. Today alone we saw Samsung's Note 5 and Galaxy S6 edge+ getting Android Nougat OTA update from Sprint.

Google is already releasing its next version of Android to developers, with the public release expected later in the summer. For those interested, you can test the Android O previews using the files and steps shared in this guide.