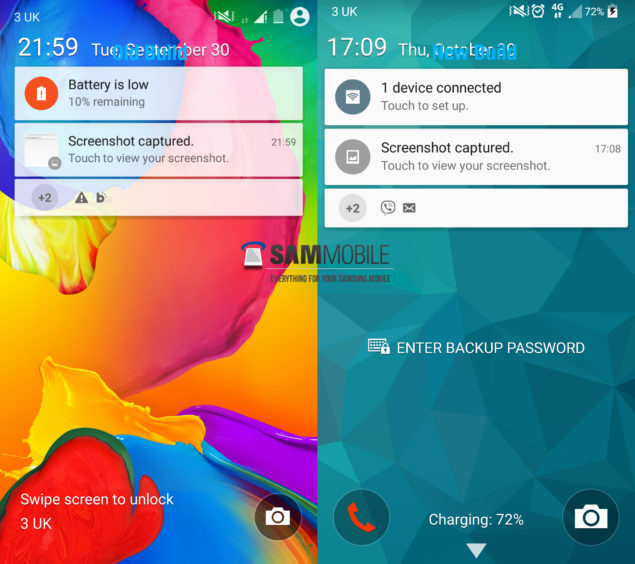 Starting from the screenshots above, which are from the earliest build releases of Android Lollipop on the Galaxy S5, we can see several changes made. Firstly, notifications cards have been improved by Samsung in the second build of Android Lollipop for the Galaxy. Secondly, icons for camera and phone calls have been increased in size for better viewing. The battery, signal strength and other icons on the notification bar on the top have also been streamlined and these end up giving a much more linear and minimalistic look. Let's compare these changes with latest Android Lollipop screenshots for the Galaxy S5 which have just been leaked today. 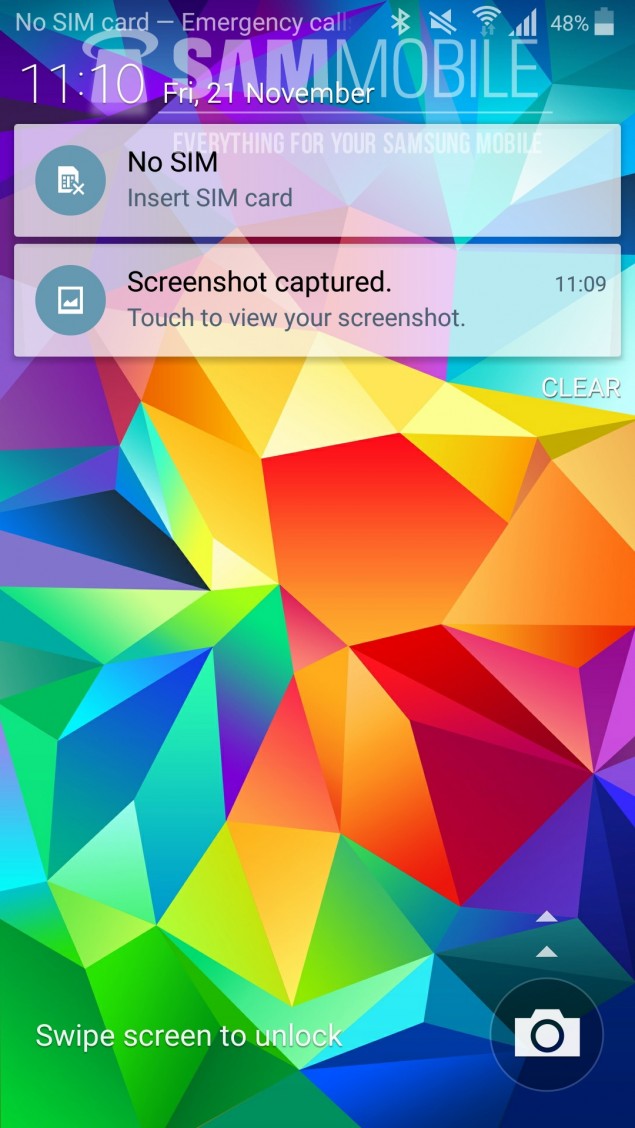 The first thing that you'll end up noticing about the latest Android Lollipop build is the presence of two arrows above the camera icon, which are undoubtedly to access the camera app without having to unlock the device. Notification cards remain more or less the same with only the icon color having changed slightly. The font for time and date also appears to have been slightly modified. 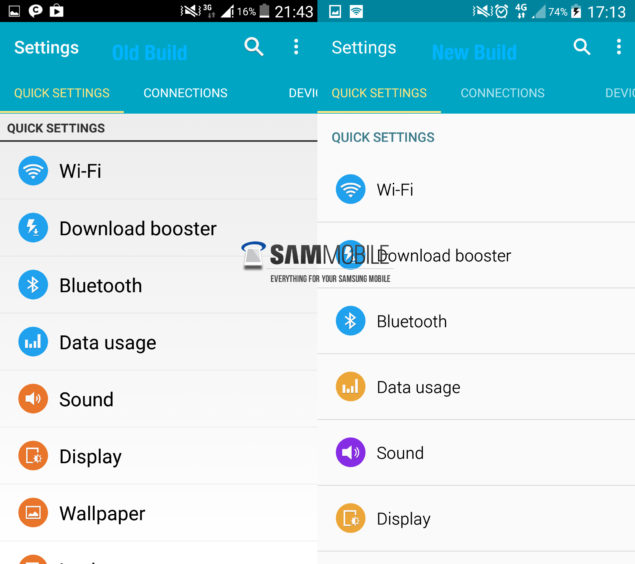 The Settings menu in the second sets of screenshots of Android Lollipop on the Galaxy S5 appears to be more streamlined and reduces overall visual weight significantly. It is also a tad bit more pleasing to look at. The notification bar also progresses from the black color found in KitKat and moves on to Samsung's traditional blue for the TouchWiz. The font for the Settings menu also changes and icons receive more color changes. Let's compare these changes to the latest Android Lollipop screenshots for the Samsung Galaxy S5. 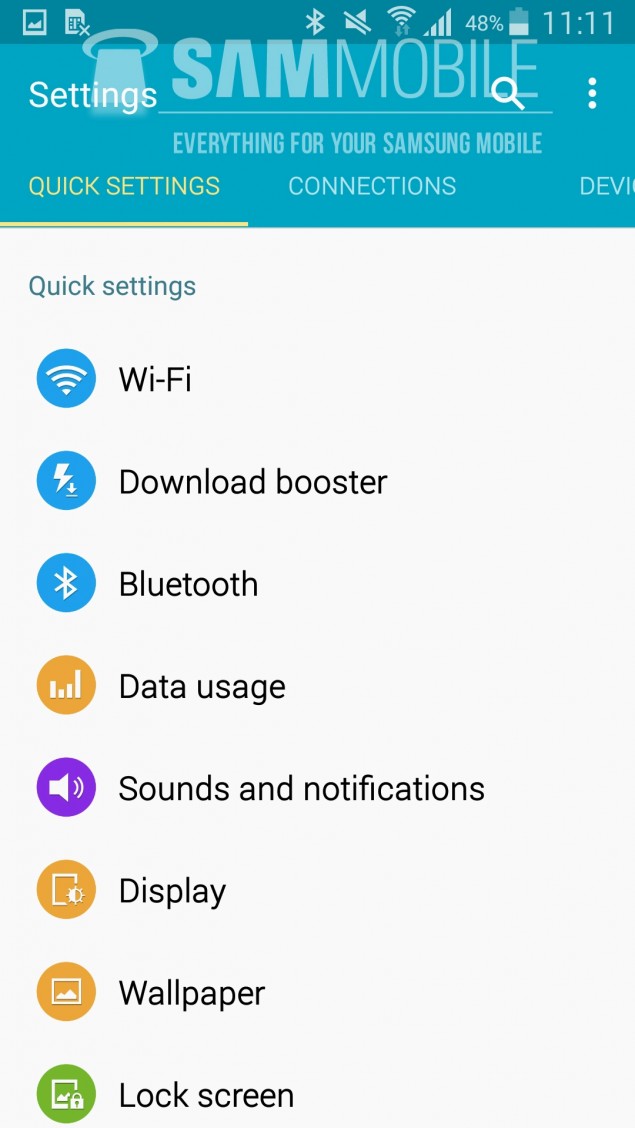 While the notification bar remains the same the Settings menu has received some more updates on the Samsung Galaxy S5. The first thing that you should notice is that sub-menu options are no longer separated on the screen through lines and end up being displayed in one continuous form. The font for quick settings also no longer uses block letters and switches to a much better traditional look.

The Sounds menu also sees its name changed from 'Sounds' to 'Sounds and notifications'. The rest of the interface remains largely the same with similar TouchWiz integration with Android Lollipop and Lollipop's green color being replaced by Samsung's traditional blue. 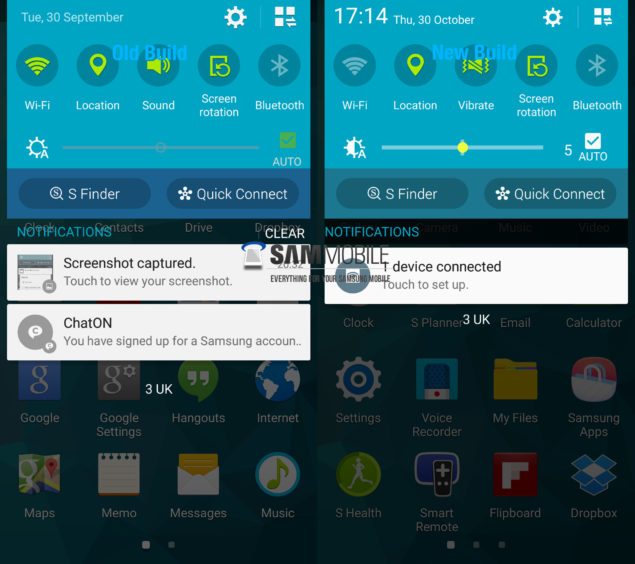 Notification Center in the previous build of Android Lollipop for the Galaxy S5 saw some changes such as the brightness slider having received a color change to yellow for changing brightness. The notification center also disappeared while changing the brightness to allow the user to view content underneath it. Icons for minimum brightness and auto-brightness also received changes. 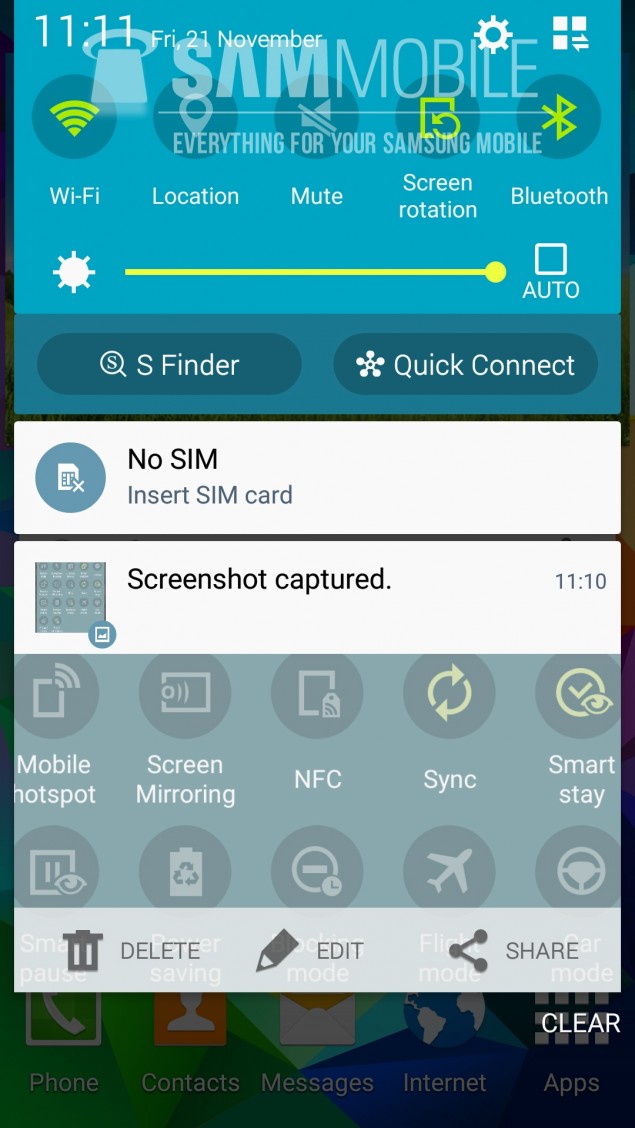 The brightness icons receive another update in this latest build. The rest of the interface remains the same with little to no changes present. Some additional icons have also been introduced in toolbox, which you will be able to see in the gallery uploaded at the end of this post. 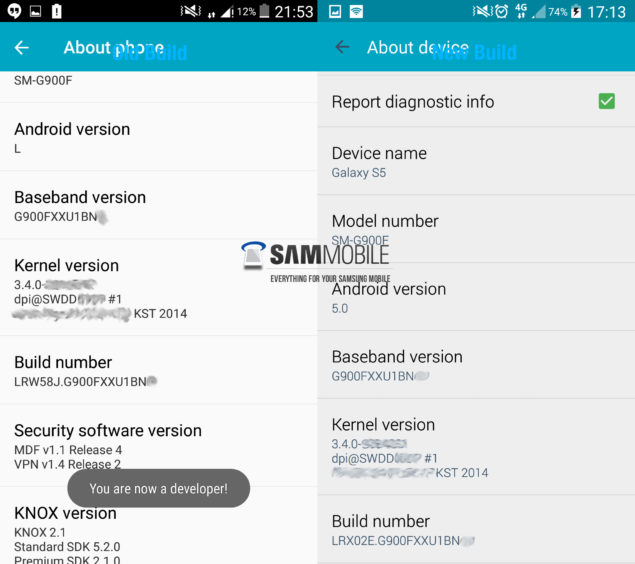 In the second sets of screenshots received for the Galaxy S5, the About Device menu sees massive upgrade. The entire interface of the menu sees an upgrade, with information being displayed on a gray background. The back arrow besides the About Device also changes to the color black.

The most recent screenshot of the About Device menu on the Galaxy S5 sees no significant changes apart from the overall color scheme being changed to the one on the first build. It does end up looking much better in our opinion as white is more light on the eyes when compared to gray.